Will Sonny tell Carly about what happened to him while he was “Mike”? Will Nina face any real repercussions? Can Trina expose Esme? Will fans find out the reason behind Esme’s fascination with Ryan? General Hospital (GH) fans love to speculate! As such, below are some GH plotline predictions for September 27th to October 8th, 2021.

12. Word About Sonny Continues To Spread

This week, word about Sonny being alive will continue to spread throughout Port Charles. GH spoilers hint that Josslyn will share the news with BLQ. This could mean nothing, or this could mean a lot. There’s been speculation from fans on social media that Corinthos could eventually get wrapped into protecting little Bailey/Louise, as Peter increasingly becomes a threat. Would Sonny be willing to protect the little one? Maxie is a friend of the Corinthos family.

Jax will “accept” his role in the entire Nixon Falls debacle, this week. Who does he come clean to? Sonny will likely try to tell Carly about what happened while he was “Mike”, but it’ll be hard for him to come up with the words. It was not done on purpose, but he likely feels guilty. By sleeping in the guest room last week, on the very night he came home, fans can tell he feels bad about what he did — even though “technically” he has nothing to feel bad about.

Jax will probably only hit the tip of the iceberg with Carly when he “takes responsibility” for knowing about Sonny being alive. He’ll mention that Nina knew, and Carly will know something “major” is up. However, she’ll confront Sonny about it and he’ll tell her what happened. Sonny may explain to Carly that he couldn’t find the right time or words when he returned. He may try over the coming days, but will be interrupted by others.

Carly will likely learn about what happened between Nina and “Mike” this week. As such, she’ll confront Reeves during the week of October 4th. GH spoilers hint that Nina will face the consequences of her actions then, and she’ll likely have to face the wrath of Carly. This might not only affect her ongoing conflict with Mrs. Corinthos but her visitation rights with Wiley, too.

8. Things Will Get Ugly

Could Carly try to attack Nina? Reeves has been a thorn in her side for many weeks and months now. The two women can’t stand each other, and when Carly finds out that Nina not only knew that Sonny was alive but “seduced” him (in her mind), things won’t go over well. Mrs. Corinthos may “attack” Reeves, too. Heck has no fury like Carly Corinthos scorned!

Trina is hot on Esme’s trail and is not willing to give up one inch. While Ava is “on her way out”, she still does make an appearance in GH spoilers for the week of September 27th. Will Trina get the information she needs to stop her mentor from leaving Port Charles? Will she nab both Spencer and Esme for what they did? Is there a possibility that Esme’s links to Port Charles are revealed? Could she be related to Kevin/Ryan, or potentially Ava?

GH spoilers for the week of October 4th indicate that Nikolas will be heartbroken. Does the truth come out about Spencer being the stalker? Trina thinks she knows the truth, but can she find hard evidence that will expose both Spencer and Esme? Nikolas could be heartbroken over Ava leaving town, or he may be “heartbroken” once he finds out what his son did.

Ava is still in GH spoilers for this week, which means there’s a chance she may not leave town. If the truth is exposed about who her stalker is, then there may be no “real” threat anymore. Spencer did it to break them up, so Avery will be safe with Jerome around, and Ava might be able to stay put. There’s also a chance that she and Nikolas could reunite.

Esme is about to make a bold move this week. What if she “exposes” Spencer as the stalker and leaves her role hidden under the rug? She’d lose Spence, but she wouldn’t be implicated in the entire mess. It’s also unlikely that Nikolas would press charges against his own son; however, he would if it meant that Esme would go down. If Esme is onto Trina, then she’ll throw Spencer under the bus to save her skin.

3. Love Gets Complicated With The Teens In Port Charles

GH spoilers suggest that Esme will turn to Cameron for help during the week of October 4th. If it’s proven that Nikolas was the stalker, she may shift her attention to someone else in Port Charles. Esme has a feud emerging with Josslyn, and there’s no better way to get back at her than trying to snag her man. Does she play the “helpless victim” with Cam? Will she try to steal him away from Joss?

Anna and Valentin will “step up” their investigation this week and next. There’s a good chance that Drew will come home soon, especially now that Nurse Chloe has emerged from out of the woodwork. Chloe will likely help Devane and Cassadine with any evidence or clues she has. Drew is inching closer and closer to his life back in Port Charles.

1. Sam and Dante Take It To The Next Level

As Drew is on his way home, it’s time to truly complicate things by having Sam develop a bonafide relationship with Dante. These two will get a lot closer in the coming weeks. While GH spoilers don’t outright say they’ll hop into bed together, there are some hints that this could happen during the week of October 4th. 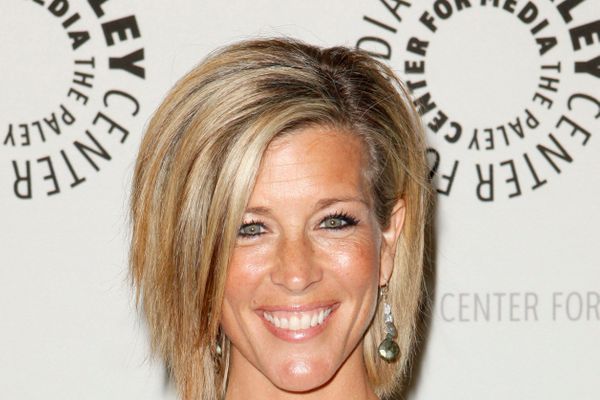