Calling all General Hospital (GH) fans! What’s on tap in the land of Port Charles over the LAST two weeks of the year? Nina’s hearing will take place, while residents enjoy Christmas and New Year’s festivities. Also, Willow will get highly emotional. Learn about these storylines and others in the below GH spoilers for December 20th to 31st, 2021.

GH spoilers for this week reveal that Nina’s hearing will start over the coming days. With that said, added teasers note that it’ll “wrap up” during the week of December 27th. Reeves’ attorney Scotty Baldwin will be anxious leading up to the court date, which might not be a good sign. In other news, Nina and Phyllis will have a chat.

GH spoilers note that the town will gather this coming week for a tree-lighting ceremony. In addition, Santa Claus will visit the hospital and hand out some gifts, which teasers suggest will offer an unexpected reunion for some characters. Lastly, Finn and Violet will swing by Anna’s for a holiday tea.

Over at the Corinthos compound, GH spoilers for the week of December 20th indicate that Sonny and Carly will create some holiday memories with their clan. Meanwhile, at the Quartermaine mansion, Monica will get the fam jam together for Christmas. With Jason missing around the table and Drew back home, both families will have things to mourn and celebrate this season.

GH spoilers for the week of December 20th suggest that Willow will reflect on the past and get a little emotional. Meanwhile, Carly will take some time to visit Michael and make sure he’s doing okay. In other teasers, Sasha will be released from the hospital, and Brando will be there to help her along.

GH spoilers for the week of December 20th note that Laura will drop by Kelly’s to reunite with her grandson, Spencer. These two have such a special bond, so it’ll be nice to see them catch up. In other news, Nikolas will head to the Metro Court right before Christmas for a breakfast business meeting. What could this be all about?

GH spoilers for this coming week reveal that Josslyn and Cam will once again get “interrupted”. In some interesting news for the week of December 27th, Joss will find herself having a “change of heart” when it comes to plans between her and Cameron. Will this have to do with their weekend away?

Meanwhile, in other Port Charles teen news, GH spoilers for the week of December 20th suggest that Spencer will see his dad and Trina chatting. What’s this all about? As the days go by, he’ll run into the young lady himself. What will these two chat about? Could they share a special holiday moment together?

3. Time For Some Answers

GH spoilers for the week of December 27th reveal that Olivia and Ned might finally get some concrete answers where Leo is concerned. The little boy has already had his initial meeting with the hospital’s specialist, so what will the doctor have to say to these eager and anxious parents?

Rounding out GH spoilers for this coming week, Marshall will start volunteering at the hospital in the days ahead. Added teasers imply that he and Epiphany may run into each other, so Mr. Ashford had better watch his step. Lastly, Liesl will use some charm on Scotty to get her way. Can Baldwin resist Obrecht when she wants something?

On Friday, December 24th, GH will air a repeat show due to the Christmas Eve holiday. It’ll be a show that aired this past February, in which Michael and Willow process everything that has recently happened. Meanwhile, Nina will get support from Maxie, while Liesl gets a plea from Britt. Also, Anna will connect with Peter. As much as things change in Port Charles, spoilers (sometimes) do stay the same! 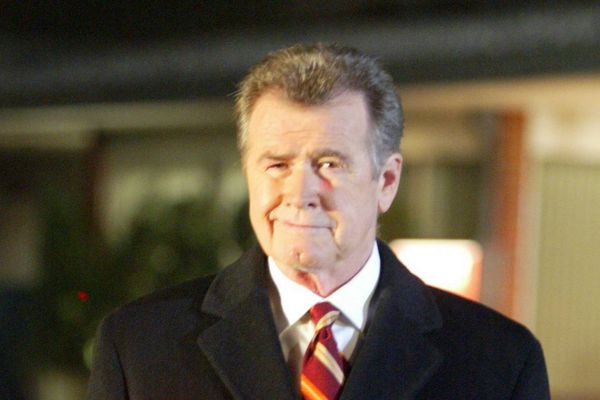