Calling all General Hospital (GH) fans! What’s on tap in the land of Port Charles over the next couple of weeks? Anna and Carly team up, while Nina makes a decision, and Laura worries she may have misread Martin. Learn about these storylines and others in the below GH spoilers for March 22 to April 2, 2021.

GH spoilers for the week of March 22nd reveal that Anna will take stock of everything she lost. As the days go by, Finn will seek his ex out, and Devane will also go on a mission to find out more about Dante’s treatment at the WSB. Will she be able to uncover what Liesl has been up to? In added teasers for the week of March 29th, Anna and Carly will team up. This sounds like an intriguing team!

11. Carly Refuses To Back Down

Speaking of Ms. Corinthos, GH spoilers for this week hint that she’ll refuse to see the error of her ways. Sounds like Carly! In other related teasers, she’ll encourage Jax to fight for his ex, and as the days go by, Carly will do something to sabotage her efforts (again, sounds like the Carly fans know and love – or hate!)

As the week of March 22nd progresses, GH spoilers indicate that Carly will reach out to Diane. She’ll most likely need some legal advice about something! As Friday hits, Carly will also get together with Jason. Seems as if she’ll have a meeting with Cyrus that she’ll need to fill “Stone Cold” in about.

Across town, GH spoilers for the week of March 22nd suggest that Laura will feel as if she has misread Martin’s intentions. Could he be more like Cyrus than she wanted to believe? In other Laura teasers, she’ll note Cameron’s unwavering focus. Will this be short-lived? Spoilers for the week of March 29th imply that Joss will be worried about the path Cam has embarked on.

7. Olivia Heads To The Hospital

GH spoilers hint that Olivia will rush to the hospital this week, while Ned will have doubts. Does this have to do with Brook Lynn and her baby? Speaking of BLQ, she and Lucas will visit Maxie in an effort to support her. Jones has been through a lot as of late, so she’s sure to appreciate her friends.

GH spoilers tease some more bonding moments between Curtis and Portia this week. It sounds like they’ll reminisce, and grow a little closer in the process? Should Jordan be concerned? Could these two cross a line? In other news, TJ will have some questions for Curtis about where his relationship with Jordan stands.

Speaking of Curtis, GH spoilers indicate that Trina will try and apologize to Curtis in the coming days. He’s sure to accept it, as he knows it wasn’t exactly her fault on how things rolled out. In other related teasers, Jason and Taggert will have a meeting as the weekend approaches.

GH spoilers for the week of March 29th add some further insight into Curtis’s storyline. Teasers hint that Curtis will feel uncomfortable after something he sees. Could he witness a crime? A newly formed alliance (looking at you, Peter, and Cyrus)? Perhaps he sees two people “together”, who shouldn’t be “together”.

Speaking of “togetherness”, Michael and Sasha have been trying to work hard to rekindle their relationship. While Michael has been preoccupied with Sonny’s passing, not to mention Wiley and all the drama with Nina, this week, the couple will try and move forward. GH spoilers note that Sasha and Michael will try close get to where they once were. Will they fail or succeed? Has too much time passed to reconnect?

GH spoilers for the week of March 22nd indicate that someone will need assistance and Ava will be eager to help. Not exactly like Mrs. Jerome, but perhaps she’s turning a new leaf. Meanwhile, added teasers for the week of March 29th hint that Ava and Nik will be given a warning. No indication of who will issue this out, but one can’t help but wonder if Ryan is behind this.

Liesl will have some reservations about a situation, while Finn visits Elizabeth to offer some support. She’s been struggling with Franco’s passing, and perhaps Hamilton can offer a shoulder and an ear. Rounding out GH spoilers, Valentin points the finger of blame at Jax. Does this have to do with Nina, and is Cassadine wrong? Probably, not! 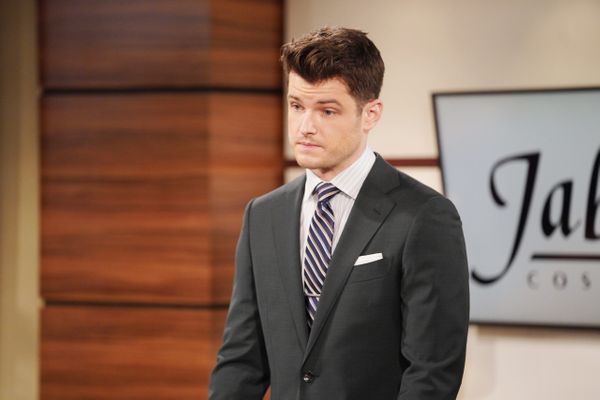