Calling all General Hospital (GH) fans! What’s on tap for the next couple of weeks? Some intrigue, sadness, question marks, character returns, and plenty of drama! Learn more about what will happen to Nina, Jax, JaSam, Michael, Robert, Olivia, CarSon, Mike, Cyrus, and others in the GH spoilers for September 7 to September 18, 2020.

GH spoilers indicate that Alexis will be in disbelief this coming week. She’ll still be reeling from what’s happened to Neil last week, so there could be more to the story. There’s also a good possibility everything will continue to unravel in the next couple of days. In related teasers for the week of September 14, Ned will offer to help Alexis out, and she’ll meet with Portia about something. 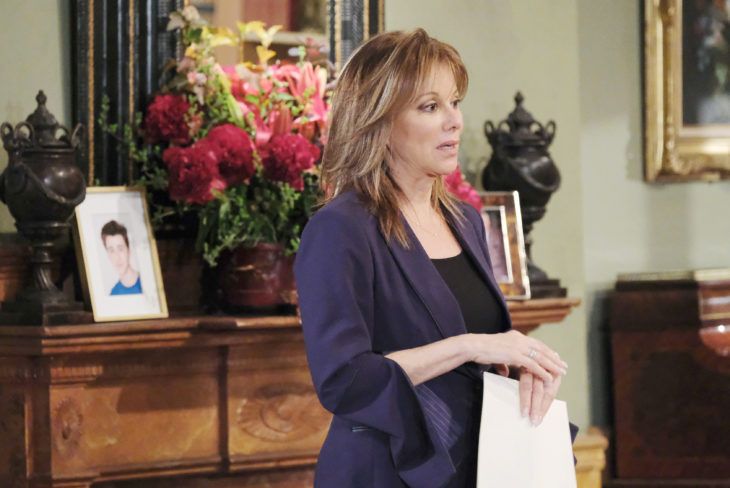 Olivia (and Robert) are headed to go see Dante, but will the visit prove to be a successful one? GH spoilers indicate that Olivia will be distraught next week. Speaking of Dante, he’ll get some terrible news the week of September 14th. Could it be about Mike’s condition, possible passing, or something else? 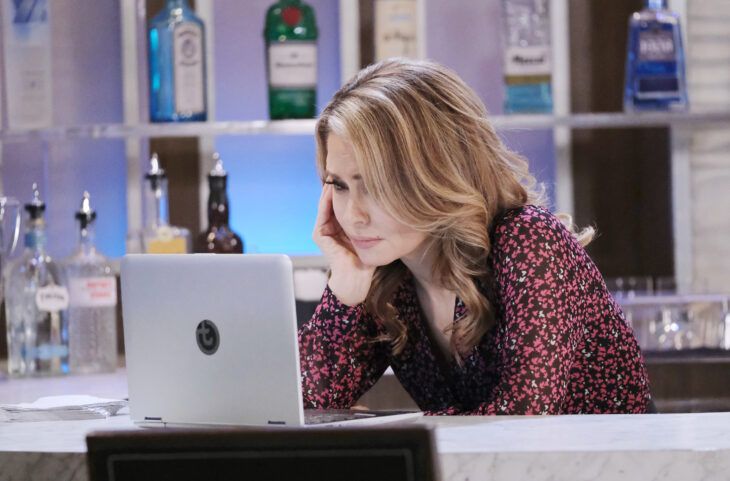 GH fans know that Mike only has a little more time left, as friends and family gather this week to support him and Sonny. Spoilers for this week state that his condition will decline in the coming days and Josslyn will go to visit him in the coming days. As the week of September 14th approaches, there are plenty of hints from the show’s teaser that Mike may pass away. 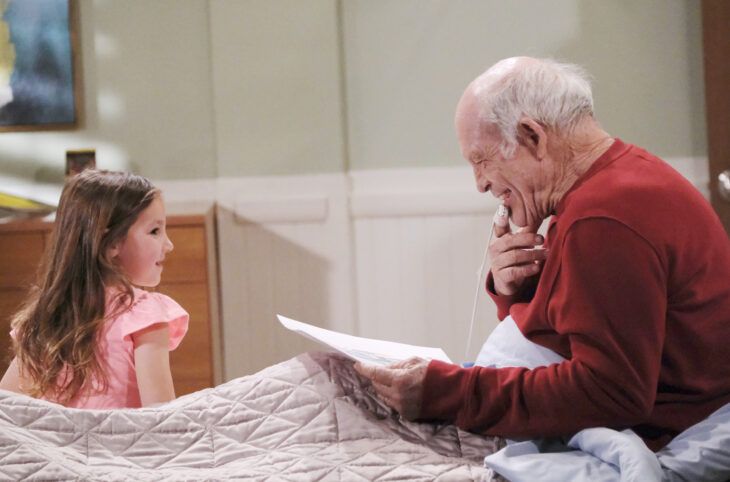 While nothing is confirmed yet, GH spoilers reveal that Carly will get some closure during the week of September 14th. This could have to do with Mike, or even with her Nelle situation. Meanwhile that week, Sonny will wonder about what might have been, and even turn to Felix for some support. In added teasers, Sonny will receive an unexpected gift … could it be from Mike, or someone else? 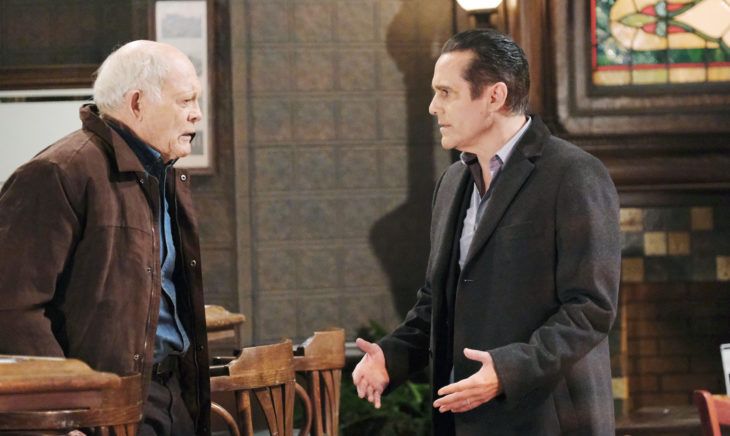 Another sign that Mike may pass away either later this week or early next is the return of Curtis’ Aunt Stella on Wednesday, September 16, who’s also become a good friend to Mike and the entire Corinthos family. Actress Vernee Watson will reprise the role, and jump right into the drama by not only offering her support, but also getting snapped at by Curtis near the weekend. 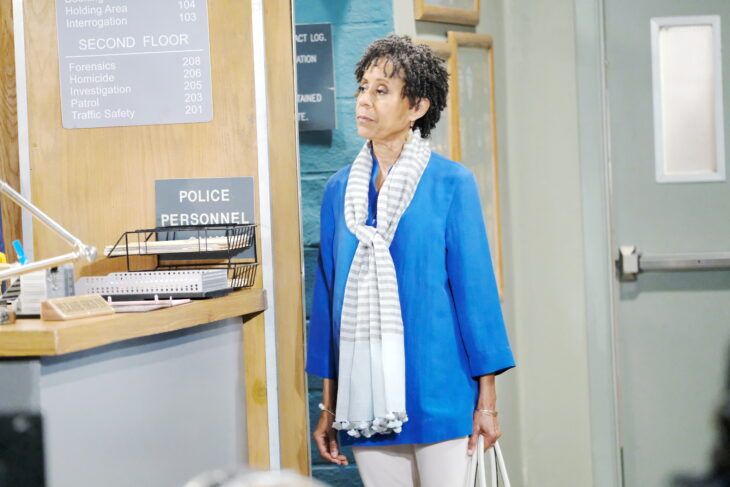 Not only will Auntie Stella return in the next couple of weeks, so will Britt Westbourne, as actress Kelly Thiebaud reprises the role this coming Friday. Expect something major to go down between her and Julian, as GH spoilers reveal that she’ll confront Jerome as soon as she gets to town. 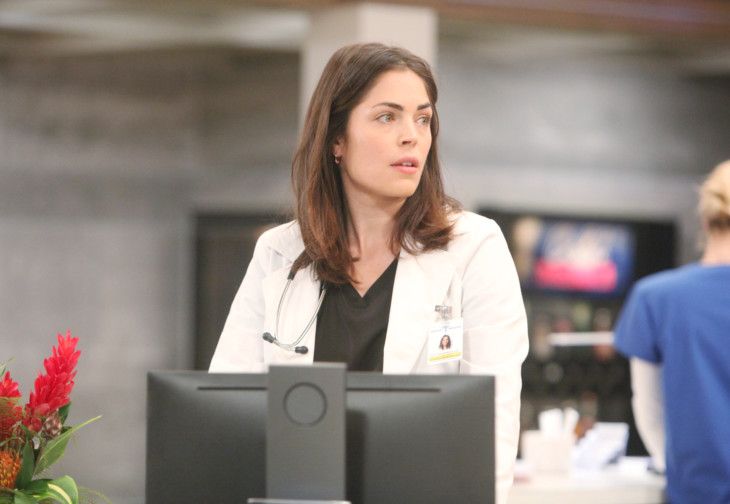 There will be plenty of drama involving Cyrus in the next couple of weeks. In the coming days, Jordan will be searching for answers, and she’ll confront Cyrus on something. Could this be about Brando’s attack or something else? By the end of September 14, GH spoilers suggest that Cyrus will be taunting Sam. Speaking of, Sam will feel as if she’s to blame when something goes wrong the week of September 7th. 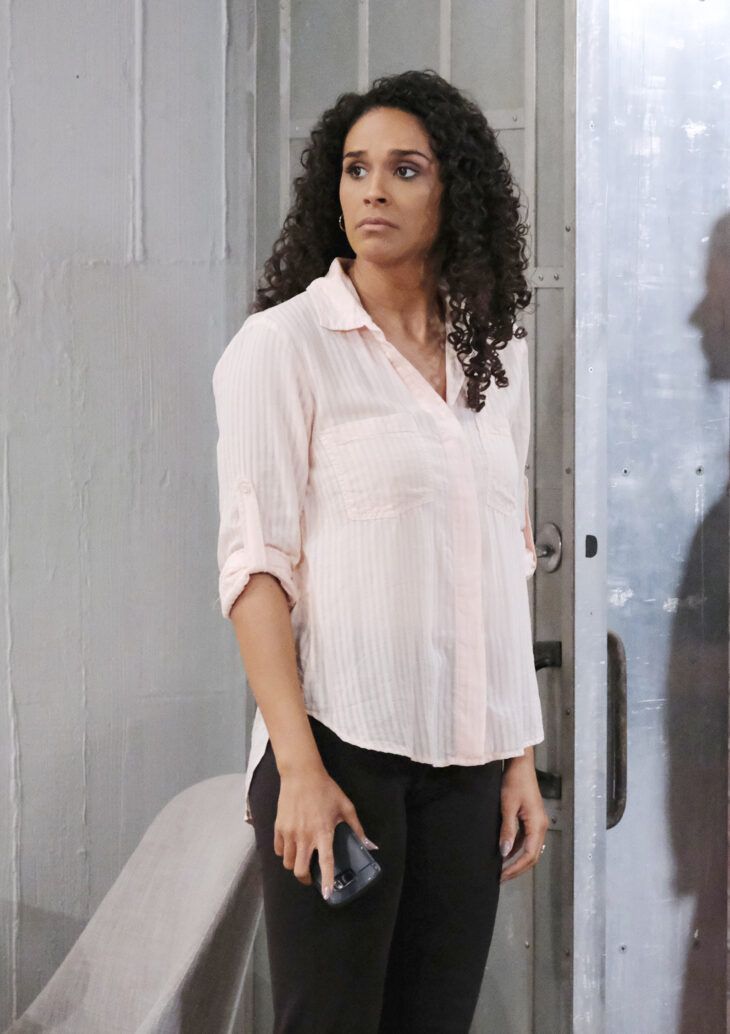 The hospital will still be reeling from the drama in the coming weeks thanks to Cyrus. This week, Bobbie will lash out at Valentin, and she’ll probably be very upset that ELQ wasn’t able to come to the hospital’s aid, especially now that she’s lost her job. Meanwhile, Epiphany will worry in the coming days about all the changes to the hospital. 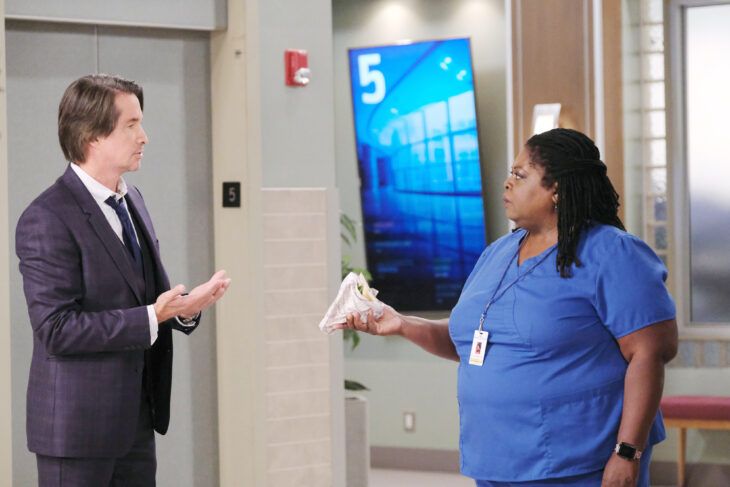 This coming week, GH spoilers indicate that Robert will get a mysterious call from someone. Could it be Alex Devane, or will this have to do with Holly? The week of September 14th brings added drama into Scorpio’s world, as related teasers reveal that he’ll be backed into a corner! 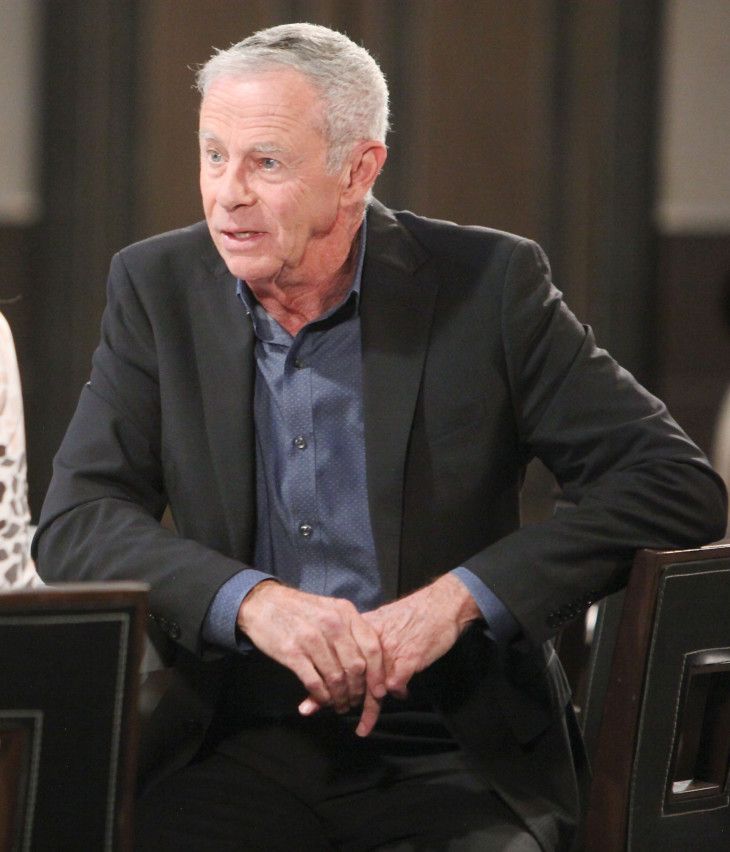 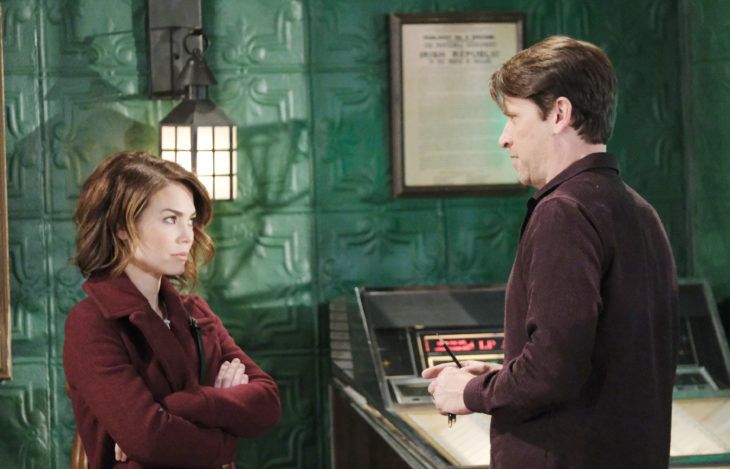 GH spoilers reveal that Portia and Ava could clear the air this week. While she will confide in Franco as the days go by, Ava will be headed for some alone time come the week of September 14th. According to teasers, she’ll head to a cabin and decompress, and she’ll also have some one-on-one time with Avery later on in the week. 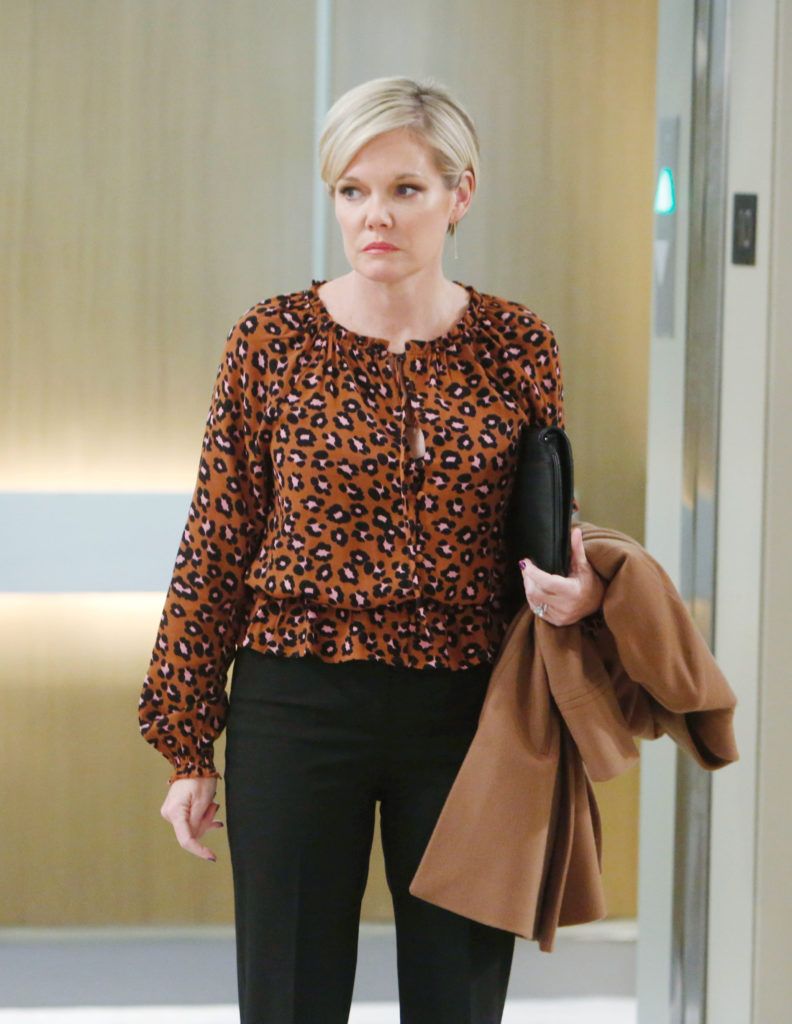 GH spoilers reveal that Nina and Jax are headed out of town this week, so they may have found some clues around who her bio daughter may be, and are out to follow them. Meanwhile, the week of September 14th will have Nina telling Jax all about her mom, and as the days go by, she’ll begin to feel hopeful about everything. 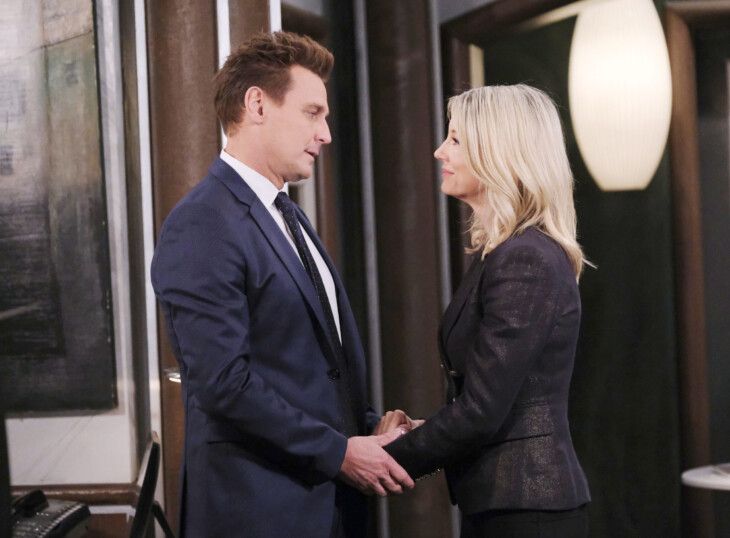 Hard to say if it’s bad news or good news; however, GH spoilers do reveal that Portia will have some sort of news for Brook Lynn come the week of September 14th. As the days go by, Michael will reach out to his cousin, probably in an attempt to offer some help or support. In other Michael teasers, he and Willow will bond that much more in the coming weeks.

GH spoilers for this week state that Josslyn will tell Cam she knows that he kissed Trina. Meanwhile teasers for the week of September 14th relay that Brando and Joss will “share a moment.” In (somewhat) related news, Molly will be completely caught off guard next week. Could she catch Brando and Joss together? 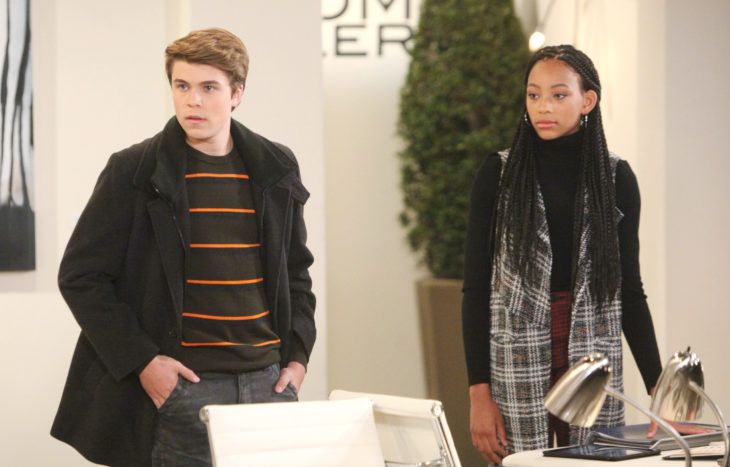 Rounding out GH spoilers, Kevin and Lulu will catch up this coming week, while Sonny and Ned will have a meeting. Speaking of Ned, he’ll lash out on Lucy the week of September 14th, and Sasha will offer up her help to someone. Could she reach out to Brook Lynn, or maybe even Willow? 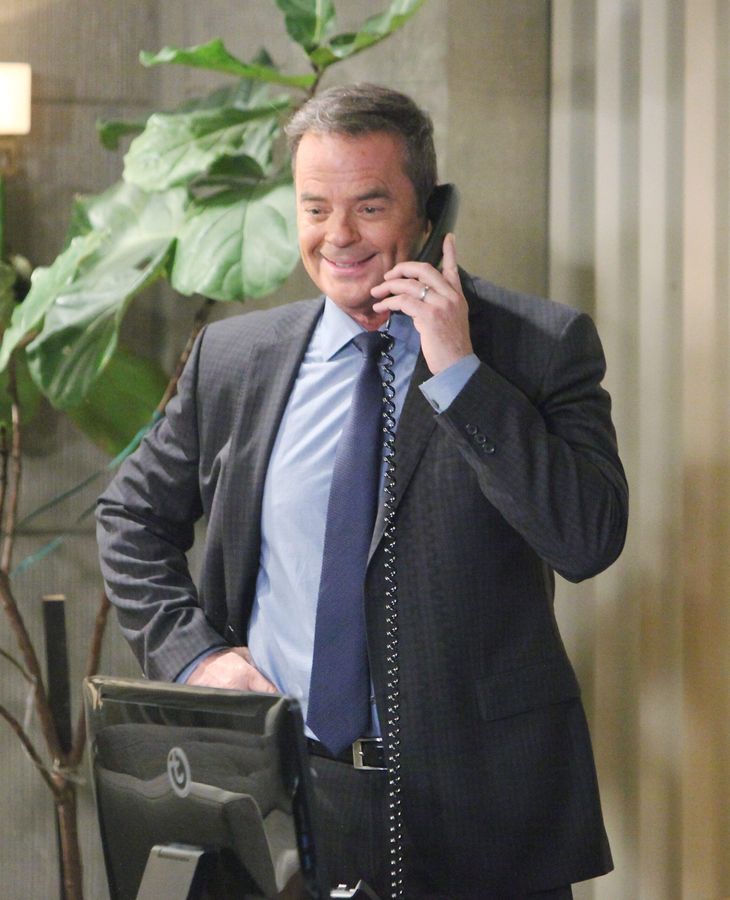 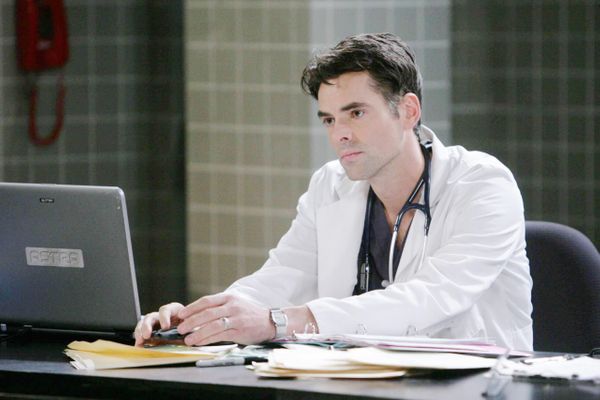