Calling all General Hospital (GH) fans! What’s on tap in the land of Port Charles? A massive character returns, while Spencer finds himself in a tight spot. Plus, Jason deals with Jax on Carly’s behalf! Learn about these storylines and others in the below GH spoilers for the week of August 16th, 2021.

GH spoilers reveal that Sam will get a disturbing call. Added teasers imply that Drew might be on the other end of the phone. As the days go by, something will stun Sam to her very core, and she’ll turn to Curtis for some help. Sounds like Drew won’t exactly be in Port Charles, but he’ll be desperately trying to get to the little town.

Over at Wyndemere, GH spoilers note that Spencer’s party will be a bust. Sounds like dad, Nikolas, will end up doing something to ruin the bash like he’s promised. Added teasers suggest that Spencer will be backed into a corner as the days go by. But will Nikolas cross a line to get to the truth? It seems like Laura will be rather upset with her son as the week progresses, and she may dish out some tough (motherly) love.

6. Trina and Spencer Are Caught Off Guard

In the aftermath of the Wyndemere party, GH spoilers indicate that Trina will be kind to Spence, which will take Cassadine aback. As the days go by, the twosome will be caught off guard by something new. As the weekend hits, Trina will try to hide her feelings; however, Joss will know better and see through the façade.

Speaking of Nik, his better half (for now) will need some advice. GH spoilers reveal that Ava will head to Kevin in the coming days, looking for help. As the week progresses, Jerome will have her past come back to haunt her. By the time Friday hits, Ava will make a desperate move.

Across town, GH spoilers suggest that the feud between Carly and Jax, fueled by concern over Joss’s safety, will come to a head in the coming days. In fact, rather than deal with her ex on her own, she’ll get Jason to confront him. As the week progresses, added teasers note that Jason will defend Carly to someone, and Jarly will finally set a wedding date.

Meanwhile, GH spoilers for Jason’s ex, Britt, suggest that the doctor will learn the hard way that “actions” have “consequences”. In other related teasers, Jax figures out he has an ally in town. Sounds like Liesl Obrecht is Team Jax, all the way. Does this mean she’s a supporter of him in general, or a supporter of Jax dating her daughter?

2. Laura Checks In On Elizabeth

While Elizabeth might not be Laura’s daughter-in-law anymore, that doesn’t mean these two women haven’t remained close. GH spoilers state that Laura will swing by to check on Liz this week. In other news, Portia will offer a sympathetic ear to a patient in need. Who will she offer support to?

Willow and Chase share a moment that’s bittersweet. Will Chase come clean about what he saw? Will the two break up? Meanwhile, Martin pushes Valentin for answers about his “relationship” with Anna. Rounding out GH spoilers for this coming week, Mike decides to live life to the fullest. 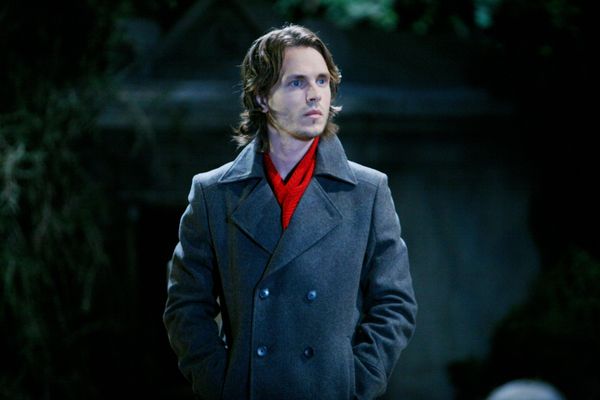