What’s on tap for this week’s General Hospital (GH)? Well, a little Nurse’s Ball fun, some Ryan Chamberlain creepiness, and of course, more Dawn of Day drama. Sweeps continue to heat things up in the land of Port Charles, and the next few days are sure to be intense! Learn about the above storylines and others in the GH spoilers for the week of May 20, 2019.

There will be plenty of performances this coming week, and a little drama mixed into the big annual gala. Seems as if Shiloh will end up attending the event with Sam, and GH spoilers tease this may cause Kristina to question her sister’s motives, where she lashes out at Sam. 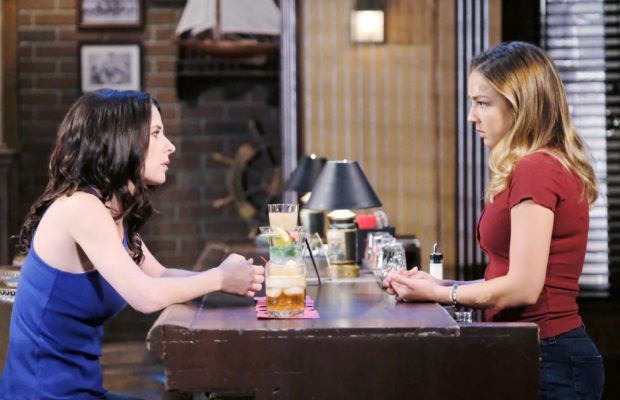 Perhaps this could be because of Sam’s willingness to commit to DoD; however, GH spoilers say that Shiloh will be preoccupied with other things this week. Does this mean that JaSam and crew can bring the cult leader down? Teasers seem to indicate that this is the week Shiloh’s world comes crashing down on him. 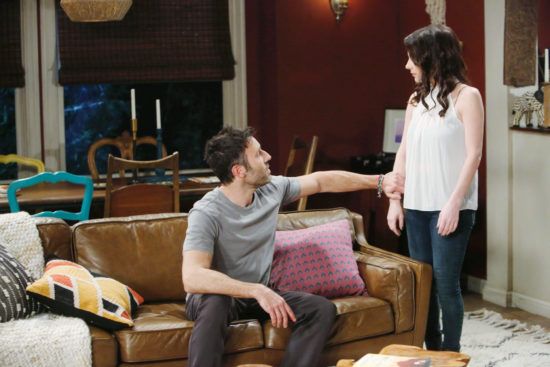 GH spoilers also suggest that Damian Spinelli will be waiting in the wings for a signal to help pals Sonny and Jason carry out their DoD plan. In fact, he may play a vital role in bringing Shiloh down too. The entire thing will be very risky, and it may leave others in a vulnerable position. 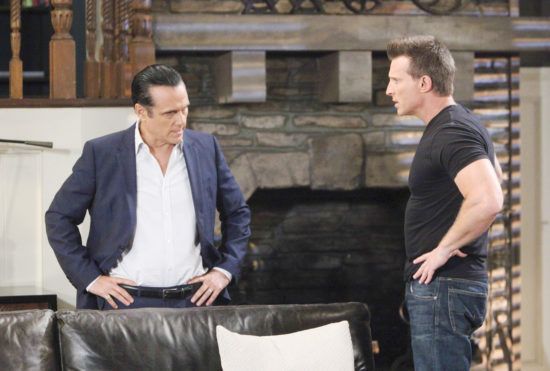 In fact, while Spinelli works to bring the cult leader down, GH spoilers state that Sam will find herself vulnerable in a situation. She’s placed herself quite deep within DoD and Shiloh, so whatever Jason, Sonny, and Spinelli have in mind for the cult leader, here’s hoping it unravels in time. Sam may find herself in a dire circumstance this week. 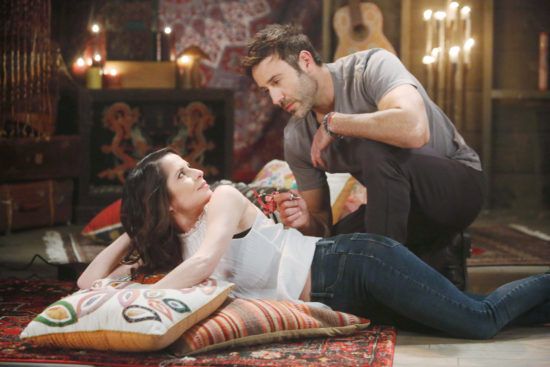 5. Jason To The Rescue

GH spoilers indicate that Jason will rush to someone’s help. Will it be Sam’s? Or could he be racing to help Carly out with something? He’ll get a phone call that will find him urgently trying to come to someone’s rescue. Can he help whoever is need, in time? This is Jason we are talking about, so most likely! 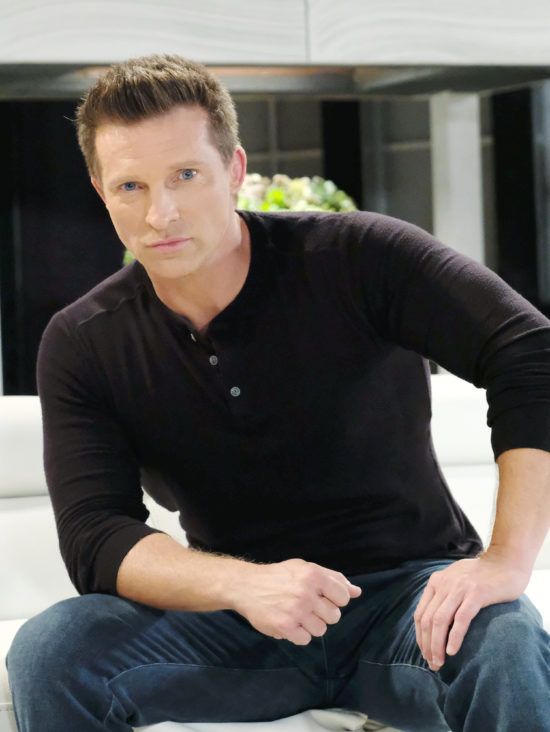 On to the other side of Port Charles drama, GH spoilers hint that Lucas will put two-and-two together. This may mean that he figures out Willow is the birth mom to Wiley; however, GH fans know this isn’t the “real” truth. How could this “secret” reveal affect his relationship with Brad moving forward? 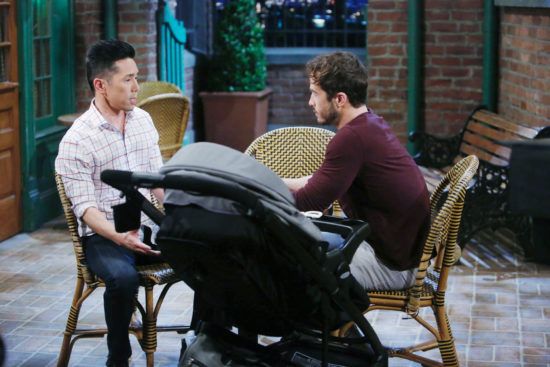 Of course, Brad will continue to worry about the real secret he is hiding. While Lucas may find out this week that Willow is Wiley’s bio mom, Brad (and GH viewers) know that the baby is in fact Michael and Nelle’s child, as the infant he originally had passed away shortly after being born and the babies were switched. GH spoilers tease that Brad will head to Julian for some advice. 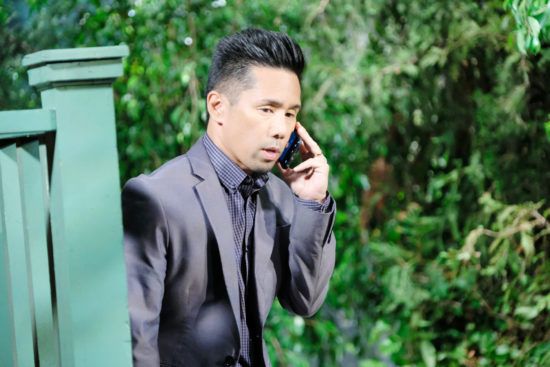 On to what Margaux will be up to in the land of Port Chuckles. First and foremost, GH spoilers hint she won’t be too happy with the plan Laura has concocted, so this most likely has to do with Ryan Chamberlain. Meanwhile, she also won’t be pleased with Sonny Corinthos, as well. In fact, fans should expect to see her confront the mob boss on a big matter. 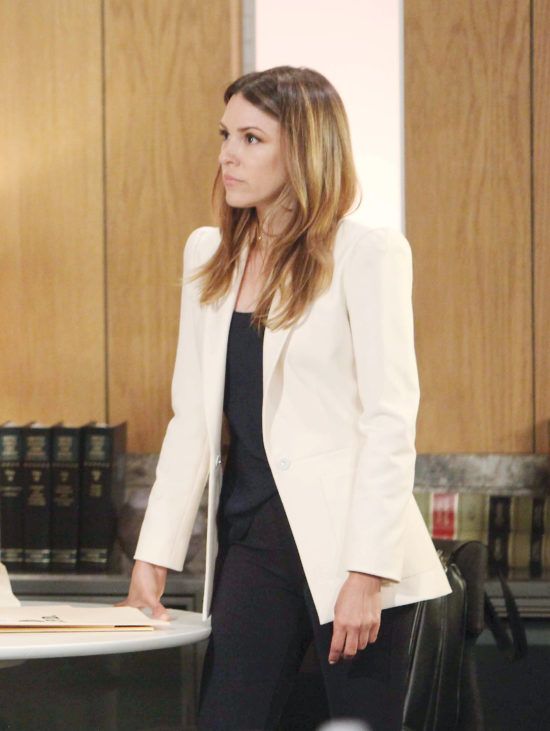 Molly’s big idea comes into light, as Peter shares it with Maxie, while Bobbie will offer some support, could Carly receive bad news this week? Anna will find herself puzzled over a matter, so here’s hoping Finn’s proposal won’t be a flop, and Josslyn will receive a sweet note of sorts … could it be something left behind from Oscar? Lastly, GH spoilers suggest Monica will be the bearer of more bad news this week. 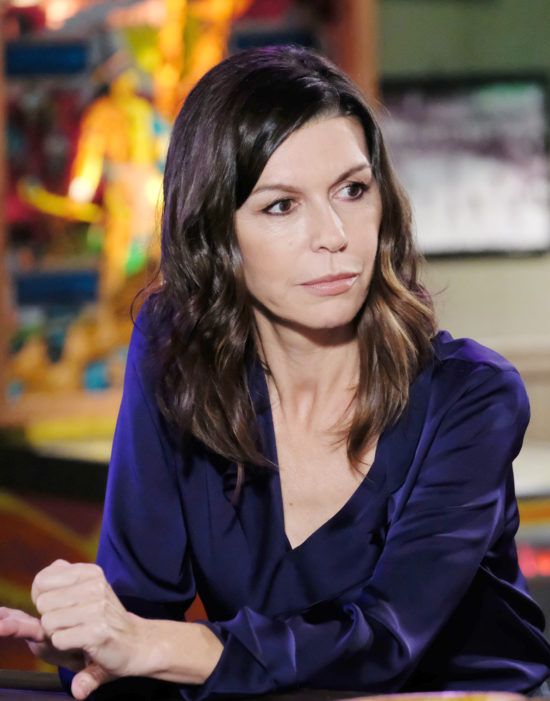 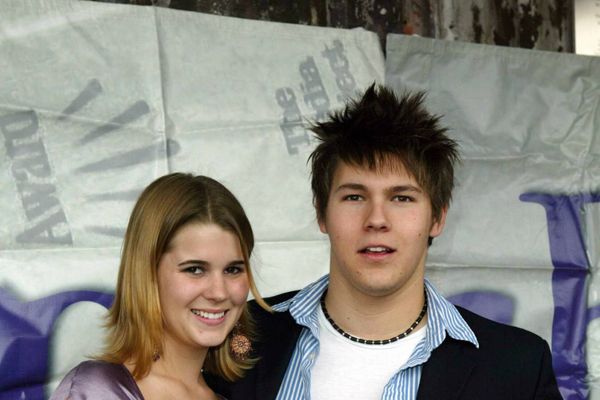