Without the leading ladies of Port Charles, romance stories would lack luster, there would be spirit missing in adventures, and probably not as much drama to get wrapped up in. General Hospital (GH) would be a very dull soap opera without their female characters, and with that said, below are some of the most popular GH actresses ranked.

Kelly started off on the soap’s spinoff show, Port Charles, playing Livvie Locke, and when that soap ended in 2003, Sam McCall made her debut that same year on GH. Simply put, she changed the game in the little town and has become a staple in storylines ever since. Monaco has earned two Daytime Emmy nods during her tenure in the soap business, one for playing Sam, and the other for her role as Locke.

Speaking of Sam, her mom Alexis has been on a rollercoaster of a ride over the years between courtroom drama and her insane love life. Nancy Lee Grahn is a soap opera legend, and has done a stellar job in her portrayal of the strong yet complicated Alexis Davis. Over the years, Grahn has racked up a total of nine Daytime Emmy nods, and has won the statue twice.

For over a decade now, Storms has been playing the quirky, impulsive, and charming Maxie Jones. We’ve watched the character grow from a complicated teen to whacky young adult, mother, wife, and amazing friend. Interestingly enough, Jones isn’t the only legendary soap opera character Storms has played over the years; she also once played Belle Black on Days of Our Lives from 1999 to 2004.

Playing the sweet, but sometimes scheming Elizabeth Webber for over two decades, Rebecca Herbst has become one of the most popular actresses on GH. In fact, in 2011 when the actress was fired from the show, some tweets from colleagues Jonathan Jackson (Lucky) and Tyler Christopher (Nikolas) sparked fan outrage about the soap opera letting her go, which caught the attention of ABC, and she would end up being rehired four weeks later. Now that’s a fine example of how viewers can truly impact a show and its storylines!

In a world of soap operas, child characters are constantly suffering from soap opera rapid aging syndrome (SORAS) to switch up and move storylines along. Actress Kimberly McCullough is a rare exception where she and her character Robin Scorpio grew together. While viewers don’t get to see Robin as much as they would like but, whenever she is onscreen, it is a real treat for fans.

Zeman is beloved by GH fans everyone, playing Bobbie Spencer for over forty years now. The character has been through it all: prostitution, schemes, marriage, motherhood, affairs, divorces, and redemption. It’s undeniable that Spencer has kept life interesting in the land of Port Charles, and the best part is that she continues to stir things up in the little town to this very day.

With the same tenure on the show as Bobbie, Monica Quartermaine has a ton of history within Port Charles. She’s been a vital part of the hospital over the years, and as part of the Quartermaine clan, she’s partaken in a ton of drama. Charleson has also won the hearts of fans and peers during her time on GH, earning four Daytime Emmy nominations over the years.

When Lynn Herring entered the land of GH back in 1986, she wasn’t exactly a fan favorite. As the resident gold digger of Port Charles, she was responsible for many super couple breakups; however, over the years, Lucy Coe has redeemed herself, and has transformed into a bona fide heroine and (somewhat) respectable resident of the little town.

A soap opera icon in her own right, Genie Francis has had role in a number of daytime dramas over the years, including Days of Our Lives, All My Children, Loving, and The Young and the Restless; however, she is most well known for her GH role as Laura Webber, and one-half of the iconic super couple Luke and Laura. Over the years she has been nominated four times for a Daytime Emmy, and was given the award for her work on GH in 2007.

She may not have been the first person to play Carly Corinthos, but she certainly has been the longest! Laura Wright has also been able to help evolve the character over the years, and turn a messed up young Carly into the smart, savvy, and strong woman she is today. Wright has been nominated for a Daytime Emmy six times, and took the statue home once in 2011.

She’s the bad girl GH fans love to hate. Yes, Ava Jerome has done some terrible things, but she’s also a dynamic character that is incredible to watch onscreen. Actress Maura West has done a phenomenal job bringing this part to life, and has received a total of 12 Daytime Emmy nods during her soap opera career, and has won the award three times.

Simply put, Anna Devane is one of the most legendary GH characters of all time. Who knew back in 1985 when she debuted on the show that she’d be such a vital part of the soap opera close to forty years later. She is a staple within Port Charles storylines, and continues to be a major part of the show. Hughes has not only had a stellar career in the land of the daytime drama, but she’s also dabbled in primetime and film projects as well. 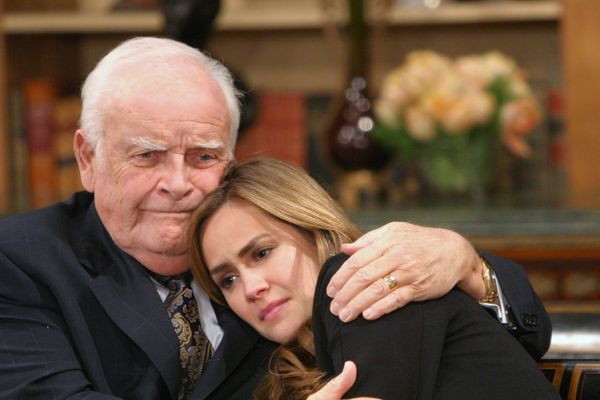 Things Only The Biggest General Hospital Fans Would Know