There have been a number of celebrity beauty icons over the years. While some of them were television stars or movie stars or pop sensations, all of them have redefined hair and makeup in their own unique way. Check out 11 celebrities from decades past have become the ultimate beauty icons. These ladies (and one man) have become iconic because, even after all of these years, we still look to them for hair and makeup inspiration.

Lucille Ball is best known for her iconic role on the show I Love Lucy. Along with her character, Lucy, her impact on the beauty industry has truly stood the test of time. While blondes and brunettes were preferred in the beauty world, Ball broke into the 1930s with fiery red hair, pale skin and  animated eyes. Not only did her look inspire many others to imitate her legendary appearance, but it also showed redheads how to coordinate their makeup with their hair.

Who doesn’t remember Breakfast At Tiffany’s? It is one of the first places where Hepburn showcased her dramatic doe eyes and bold, expressive eyebrows in contrast with her delicate, pixie-like face. She was truly the first to show how petite women could still create incredibly bold, expressive looks.

In the 1960s, Bardot was considered the most beautiful woman in the world. That may not be surprising now, but before then, being prim and proper was the way to go. Brigitte was a beautiful French girl who paired dramatic cat eye liquid liner with intentionally messy blonde hair that was often teased upwards to create volume. This look was often paired with miniskirts and bare feet, which created a more carefree glam that had a lasting effect on beauty lovers around the globe.

First of all, who doesn’t want to look like Marilyn? It may be a huge assumption, but that woman definitely made dramatic red lips and a curvaceous body the latest and greatest trend of her time,and maybe even of all time! When a woman gets dressed up for a fancy night out, the thought of doing red lips crosses her  mind at least once. We can thank our beloved Marilyn for that. She may not have been the first to try a red lip, but she definitely made it iconic!

Sophia Loren truly brought her unique beauty to the forefront of the beauty industry. Using liquid liner to emphasize her jaw droppingly beautiful almond shaped eyes, she added an exotic twist to an otherwise very American beauty industry.  To this day, emphasizing one’s unique facial features, from eyes to lips, is a trend in the beauty world that never goes out of style. Many would credit this to Sophia Loren.

Lesley Hornby, better known as Twiggy, burst into the beauty scene with her highly stylized makeup, which included mascara, liner and lashes. Her blunt pixie haircut created more focus on her stunning facial features where makeup was the focus. She had a huge influence on teenage style in the 1960s and continues to inspire women around the world to emphasize their eyes in creative ways.

Diana Ross definitely went for a dramatic look with her, beautiful raven black hair and heavy eye makeup. Whether she used lots of eyeliner or big thick fake lashes, Diana wanted the world to not only sense her star power in her voice, but also in her appearance. She set an incredible example for her fans to own who they are and to express themselves in new and exciting ways.

Prince is one of those musical gods that will go down in history and never be forgotten. While his life came to an end all too soon, his impact on  beauty and fashion is obvious. Prince was someone who called into question why just women wore makeup. From blush to mascara, Prince was able to model tasteful makeup looks that would work for eccentric females and males alike. One of the most incredible aspects of art is how inclusive it is, and Prince made sure that everyone was represented in this sphere.

In the 1980s, Madonna approached makeup and beauty with a rebellious flare, disregarding any rules, and decided to take it to a darker, more gothic place. This resulted in not only the iconic dark eyes and rich red lips, but the punk/gothic makeup era that would continue into the 1990s. Today, Madonna continues to wear edgy, dark clothing and, while some would argue some of her outfits are a little less than complimentary, her makeup is always on point.

Iman Bowie was known as one of the most incredible models on the runways and she was also known for breaking down the barriers of skin color and ethnicity. Her gorgeous face was featured on many of the biggest magazines in the world and she also made an impact on the cosmetics industry. Launching IMAN Beauty in 1994, she was responsible for one of the most inclusive and diverse cosmetic companies the mainstream market has ever seen.

Who needs to just use the makeup and hair they’ve been given? Not Cher! This stunning singer always caused excitement on the red carpet by combining sooty black eye makeup with dramatic wigs and head dresses. Much like Madonna, she didn’t shy away from being unique. In fact, she set the precedent that anyone could express themselves in an infinite possibility of ways. 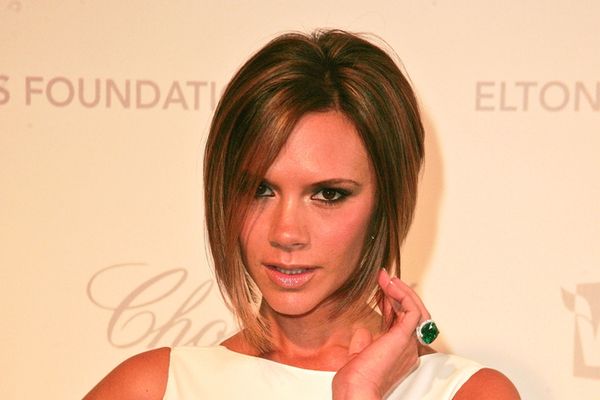 12 Most Iconic Hairstyles Ever