With the entire beauty world at their feet and an unlimited budget, it’s no wonder that celebs splurge on the most luxurious beauty products! A-list celebrities always have flawless makeup and have us wishing we had the same deep pockets to invest in products to achieve their glowing skin and bold lip colors. Luckily, Fame10 has complied 8 affordable alternatives to our favorite celeb’s go-to products and most of which can be found at the local drugstore! Follow along below for inspiration for your next affordable beauty purchase:

Sarah Jessica Parker is known for her enviable smokey eye that she rocks both during her red carpet appearances and during her everyday beauty routine. To achieve her signature smoky eye, Sarah has previously revealed that she uses Laura Mercier’s Caviar Stick Eye Color in the shade Jungle! She even admitted to hoarding a back-up stack just in case she runs out. A shadow stick like this costs a whopping $29.00, but luckily for us the makeup brand NYX has an exact dupe with their Jumbo Eye Pencil which sells for only $4.50!

The Creme De La Mer moisturizing cream became THE beauty product for celebrities who have claimed this as their secret to looking eternally young and nourishing their skin. The name literally translates to “cream of the sea” and stars swear by its restorative skin properties. Unfortunately not all of us can have the budgets of Jennifer Lopez and Rihanna who are willing to spend $315 for a 2 oz. bottle, but we can afford the Banila Co. It Radiant Brightening Sleeping Pack which retails for $27 for 7.2 oz.

Kim Kardashian has admitted on multiple occasions that her go-to nude lip gloss is Turkish Delight by Nars. For a lip gloss, the price tag of $30 might be a little steep, but luckily the drugstore has some great alternatives for his ultra versatile pink shade. Maybelline’s Color Elixir Lip Color in Petal Plush is nearly an exact dupe and achieves the look at half the price!

Kristen Stewart’s skin quite literally sparkled during her Twilight debut and we can’t help but want that glowing complexion for ourselves as well! The star has revealed that she wore the Chanel Vitalumiere Aqua foundation during her time on set, but the designer foundation retails for upwards of $50! Luckily, L’oreal True Match foundation is a similar alternative that retails for under $10 at most drugstores and achieves the same luminous effect.

It’s hard to believe that any celeb would fork out nearly $1,000 for a face mask, but Olivia Culpo recently shared a photo of herself on Snapchat praising the 24k gold mask by Adore during her prep for New York Fashion Week. Luckily, Miss Spa has their own affordable alternative of this mask for only $5 at the drugstore and boasts similar properties of restoring, hydrating and brightening the skin.

Uma Thurman’s debut in Pulp Fiction made vampy makeup an icon, especially when it was revealed that the nail color she wore in the film was Chanel’s Rouge Noir. The shade was initially entitled “Vamp” and in 1995 a Chanel rep was quoted saying, “If I had a penny for everyone that wanted Vamp, I’d be rich. It’s literally flying out of the store. In my 11 years with Chanel, I’ve never seen anything like this.” Madonna was also spotted wearing the shade in her “Take a Bow” music video and Coco Chanel herself has even admitted the shade was her favorite! With a cult-following like this, we definitely have to give it a try. The hefty price tag of nearly $30 is a little steep for a nail polish, but luckily drugstore brand Essie has an exact dupe in the shade Wicked for less than $10!

Drew Barrymore is a natural beauty and her complexion is always glowing and clear! She is definitely an expert when it comes to makeup and even launched her own affordable brand called Flower. The star revealed that her secret to glowing skin is the Tatcha Luminous Dewy Skin Mist. “It’s incredible. If you’re stuck at work for several hours a day—and I tend to get stuck at work for several, several, several hours a day—this spray is a game-changer,” she admitted. The price tag of nearly $50 is a hard price to justify, but luckily the Hard Candy Sheer Envy Hydrating Primer Mist offers a similar luminous effect and revitalizes radiance into the skin.

In 2014, Taylor Swift posted a behind-the-scenes snap of herself getting ready for the Met Gala with her friend Karlie Kloss and revealed that her go-to lip shade is the Nars Velvet Matte Lip Pencil in the shade Dragon Girl which retails for $25. The price tag to mimic her go-to red lip is a little steep, but a great alternative and exact dupe is Wet N’ Wild’s Megalast Lip Colour in Spotlight Red which retails for less than $2! 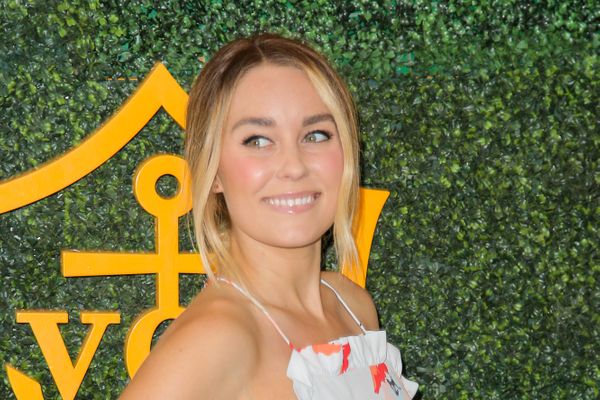