8 Celebrities Who Showed Their Flaws On Social Media

For years Hollywood has convinced the world that the starlets who grace the red carpet have absolutely zero flaws. These faultless celebs are plastered on the covers of magazines and light up our television screens with flawless complexions, perfect figures and flowing hair that seems impossible to achieve. Luckily, the rawness of social media has given celebrities the means to show an insider view of their lives — flaws and all! A few brave celebs have taken a stand against the skills of photo shop and shown that their bodies are simply not as perfect as they may seem. Follow along for 8 times celebs proudly showed off their flaws on social media:

Brie Larson proved that not even celebs can battle the unpredictable nature of acne! The star posted a photo of herself on Instagram with a huge red arrow pointing to a blemish on her chin and told a relatable personal anecdote in the caption. “When you’re stressing/obsessing over a zit so you put on too much zit cream before bed and wake up to giant dry spot but you gotta get your photo taken anyway,” Larson confessed making it obvious that even celebs stress about maintaining a clear complexion!

When you’re stressing/obsessing over a zit so you put on too much zit cream before bed and wake up to giant dry spot but you gotta get your photo taken anyway.

Keeping up perfectly groomed eyebrows and colored hair is definitely a struggle that even actress Drew Barrymore agrees with! The star posted a shocking photo of her untamed brows and grey hairs to her Instagram account with a caption that is all too understandable. “#becomingsheila OH MY GOD How did I let it get this bad. Base and brows needed. Must become her. #santaclaritadiet here we go again. Season two,” she captioned the photo. The mother of two had been spending so much time with her daughters before beginning to shoot the second season of Becoming Sheila that she didn’t realize how much she let her appearance slack. Barrymore then went on to share photos of her glam team helping her become camera-ready with new brows, a fresh dye and glowy makeup!

#becomingsheila OH MY GOD How did I let it get this bad. Base and brows needed. Must become her. #santaclaritadiet here we go again. Season two.

Actress Mindy Kaling showed her followers that even big-time reality stars need dental assistance every once in a while! The star shared two side-by-side images of herself smiling with closed teeth then  a second showing off her pearly whites which are covered by a mouth guard. She captioned the goofy photo with the phrase, “That bruxism mouthguard life. #thegrindisreal.” Either way, we think this brunette beauty looks gorgeous!

Model Brooklyn Decker is one of those stunning celebrities who is seemingly perfect in every way, but this beauty proved on social media that even she has a flaw or two! The Sports Illustrated cover model posted a photo of herself holding her son and giving a perplexed face as he innocently grabs at the skin on her neck. She captioned the hilarious photo, “The moment your child grabs your neck skin and laughs “gobble gobble!” Thank you, @krissyae for capturing this on camera??” Decker’s endearing moment is the perfect example of embracing the skin you’re in, including the flaws!

The moment your child grabs your neck skin and laughs “gobble gobble!” Thank you, @krissyae for capturing this on camera??

Supermodel Tyra Banks has definitely been through quite a few ups and downs with her weight, which simply makes her more relatable! The star took to social media and shared a photo of herself striking a sassy pose and donning a super cropped top that she tied up above her waist. Although her weight is definitely not the first thing you notice with this gorgeous shot, the star brought attention to her flaws by captioning the photo, “Check the juicy muffintop on my back! #A**Maintenance #PerfectIsBoring.”

Jessica Simpson shared a struggle that many females go through on her social media. The blonde beauty showed a close up image of her leg and captioned the photo “missed a spot” which referenced the few hairs she accidentally skipped while shaving. The comments section of the photo blew up and many people praised Simpson for posting a common beauty mishap that many women can identify with.

Yara Shahidi, who is best known for playing Zoey Johnson on the sitcom Black-ish, made a huge statement when she proudly posted a close-up photo of her unibrow on social media. The star added the following caption, “Unibrow appreciation post, had to get rid of it as I transition into Zoey for #Grownish …. you will be missed my friend… #TheyWillReturn.” The star proved that ungroomed eyebrows is not something to be ashamed of and jokingly showed her dismay in having to groom her brows to appear on television.

Even the celebs of Hollywood find it difficult to keep up with their roots growing in! After Miley Cyrus grew tired of her platinum blonde locks, the star attempted to grow back her natural color and showed no shame of the growing phase. The star posted a photo of the stark contrast of color on her Instagram with the caption, “goin back 2 muah rootz #LAZY#growingphase.” 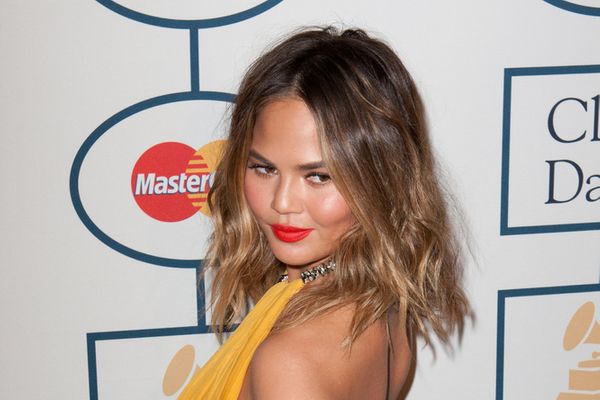 7 Celebrities Who Aren’t Afraid To Show Off Their Flaws