Over thirty years ago, Lady Diana Spencer stepped out to marry Prince Charles on July 29, 1981 and left everyone in awe with her fairytale-inspired custom wedding dress which was coined “the most closely guarded secret in fashion history.” It was Diana’s wish to keep the dress a complete surprise and the dress remained a mystery until only hours before the ceremony. Designer husband and wife team David and Elizabeth Emanuel designed the ivory gown with dramatic embroidery, 10 000 pearls and a 25 foot train that inspired brides all around the world for decades. The dress was so intricately designed that many Princess Diana fans may have missed a few hidden details that happened behind the scenes while crafting the gown. Follow along for 12 things you likely didn’t know about Princess Diana’s legendary wedding dress:

12. She followed the something old, new, borrowed and blue tradition

Although Princess Diana was a very progressive royal and became known for her forward-thinking nature, she still stuck to a few classic traditions on the day of her wedding! The bride followed the something old, new, borrowed, blue tradition on the big day. The fabric was spun specifically for the dress at a British silk farm, the lace was an antique and the gown featured a small blue bow sewn into the waistband. For the borrowed portion of the tradition, Diana borrowed a Spencer family heirloom — an 18th century tiara! 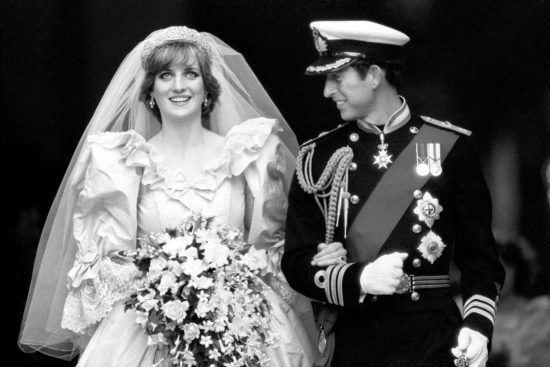 11. A tiny horseshoe charm was sewn on the inside

To ensure good luck and a prosperous marriage, the Emanuel designers decided to sew a tiny horseshoe into the label of the dress. The token was an 18-carat Welsh gold charm that was studded with white diamonds and created by jeweler Douglas Buchanan. “It was just there as a little token, a second good luck charm, from us to Diana,” the Emanuels explained of their gesture. 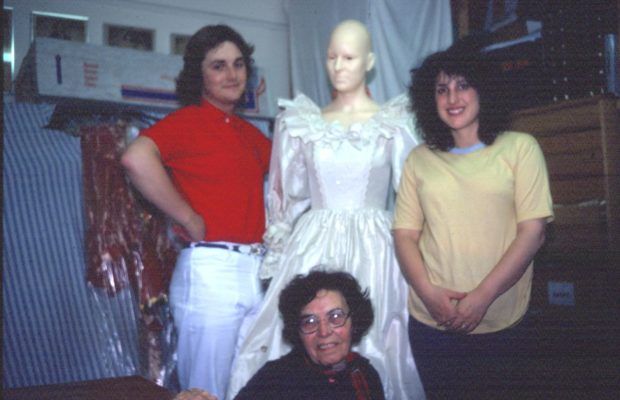 10. The veil was longer than the train

Designer David Emanuel stated that their was no question that the veil should be dramatic and extend past the hem of the dress. The extravagant veil was anchored by her tiara and used 153 yards of tulle total. The veil accompanied a dramatic train that reached an impressive 25 feet! “We wanted her to look like no princess had ever looked before,” Elizabeth Emanuel explained. “So we set out to discover the length of the longest royal wedding dress train there’d been, and discovered it was 23ft. We joked that we could go one better — in fact, two feet better — and make one that was 25ft. She loved the idea.” 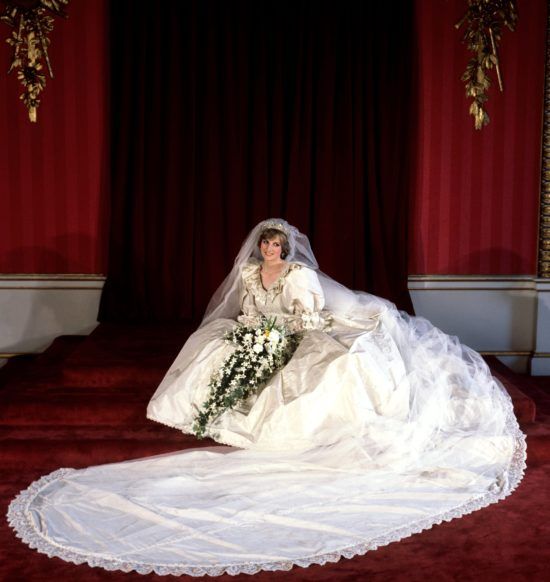 9. She had an accidental perfume stain on the dress

Princess Diana accidentally spilled her Quelques Fleurs perfume down the front of the dress while getting ready, according to her makeup artist Barbara Daly. Fortunately, she was able to simply tuck the stained area and hope that the damaged area would go unnoticed. Clearly guests were too busy swooning and being awestruck over the gown to realize the stain, but Diana can be pictured in a few photos hiding the stain with her handing and covering it with her bouquet of flowers. 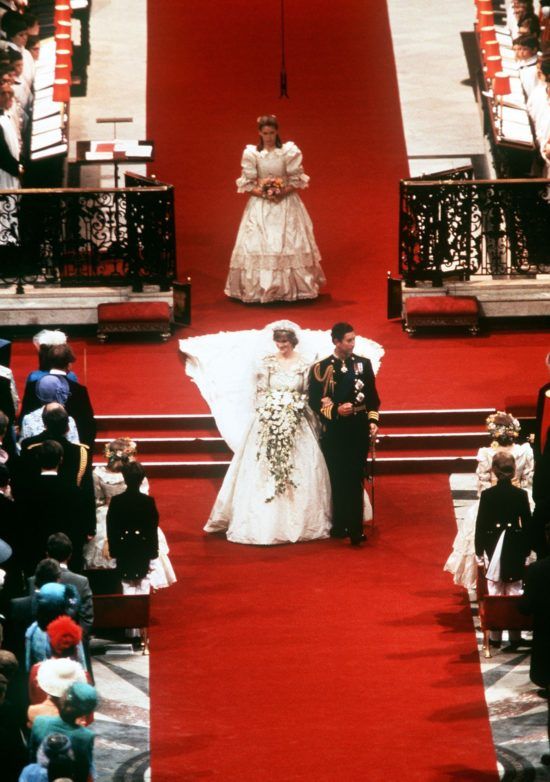 8. Her gown barely fit in the carriage

Designer David Emanuel has previously admitted that Diana kept insisting for a longer train. The team of designers worked hard to ensure the excess fabric would fold for when she needed to be chauffeured around throughout the day, but unfortunately the gown was so long that the taffeta barely fit and got crushed in the coach she took to St. Paul’s Cathedral. Elizabeth Emanuel also dished that the crowded ride created visible wrinkles on the dress upon her arrival. 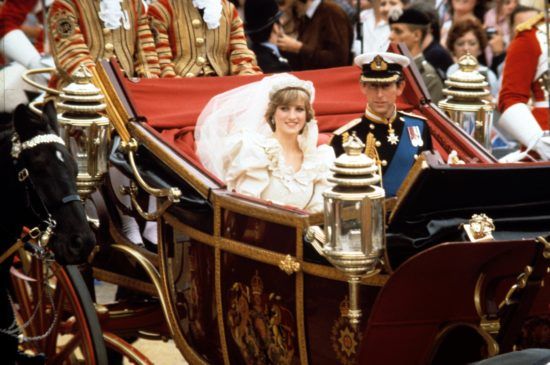 7. The designers had to install blinds and a safe to hide dress

Ever since news broke that the Emanuel duo were going to be designing Diana’s dress, their studio was flooded by the media who desperately wanted a peak. Elizabeth and David installed heavy-duty blinds on their windows and maneuvered a safe in through the first-floor window to ensure they could lock up sketches and fabric swatches while they were not around to protect them. “It sounds a bit over-the-top, but it really did seem like people would go to any lengths to find out what the dress looked like,” Elizabeth explained. 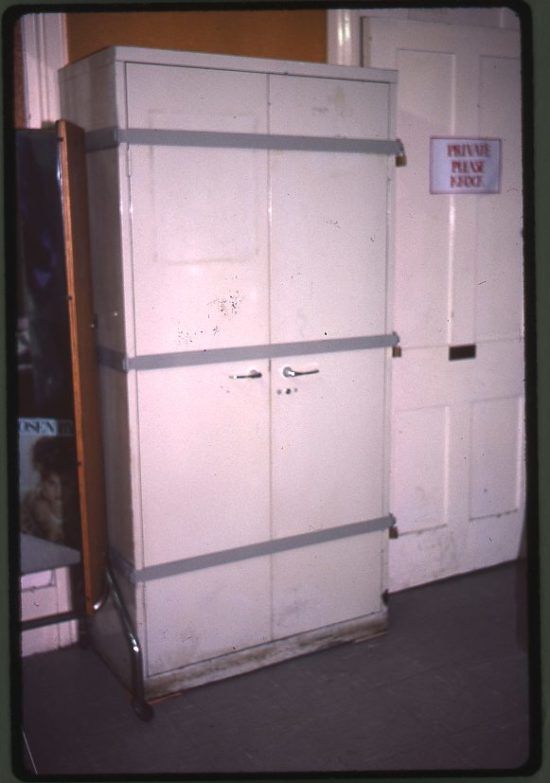 6. A back up dress appeared years later

In 2005, an auction blew up the media when it claimed it was offering a spare version of Princess Diana’s original 1981 gown. While Elizabeth Emanuel spoke up and insisted she never had a copy of the dress, she did reveal that they had created a different dress in case their dress design was leaked to the media. The backup gown included a more exaggerated V and skipped the lace detailing. Apparently Elizabeth claimed the unfinished gown unexpectedly vanished from their studio and is thought to be the dress that surfaced and was put up for auction in 2005.

Although the gown was so extravagant that her shoes were barely visible, the silk slippers that Diana opted for took a surprising six months to handcraft! The shoes featured 542 sequins and 132 pearls that formed a heart-shaped design. The soles were hand painted and featured a custom C and D design on the arch. The slippers were also very low in height since Princess Diana and Prince Charles checked in at a similar height. 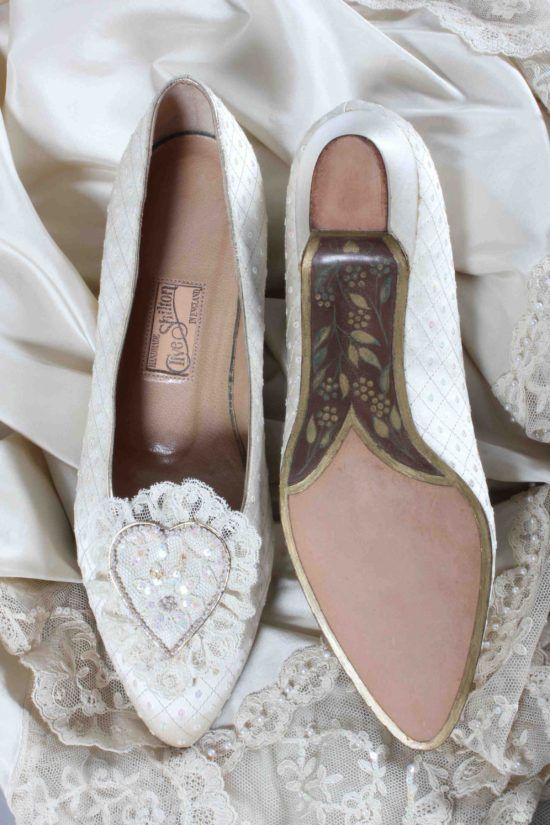 4. Diana left her dress to Prince William and Harry in her will

After Diana donned the legendary wedding dress in 1981, the dress went on to make many public appearances over the years and all over the world. Her brother, Charles Spencer, was in charge of watching over the dress at the family’s Althorp estate in Northampton where it went on display twice a year. Diana instructed that the dress would be entrusted by her sons Prince William and Prince Harry to look after once Harry turned 30. In 2014, Charles gave the dress over to his nephews in accordance with Diana’s wishes. 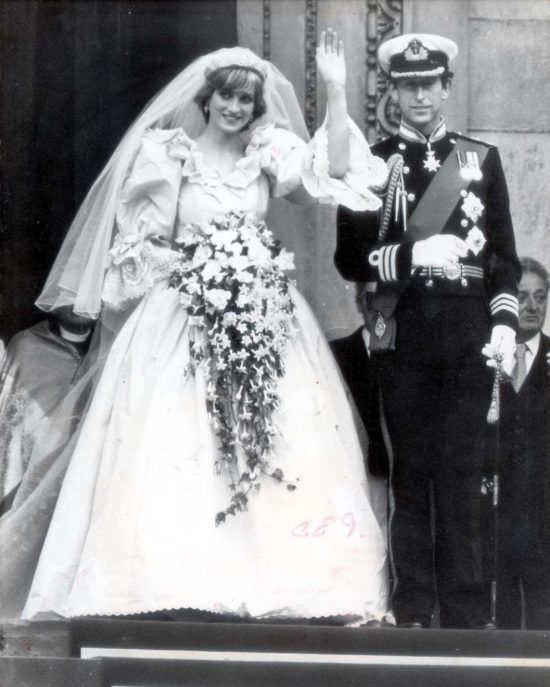 3. A matching umbrella was designed in case of rain

Not only did Princess Diana’s dress and shoes require intricate custom design, but so did the potential umbrella she would need in case of rain! Elizabeth Emanuel purchased two antique silk parasols and covered them with white and ivory fabric to make sure no one knew which one matched her dress. The umbrella was hand-embroidered with pearls and sequins and was trimmed with the same lace used on the dress. Luckily the day ended up being quite dry and the umbrella wasn’t necessary. 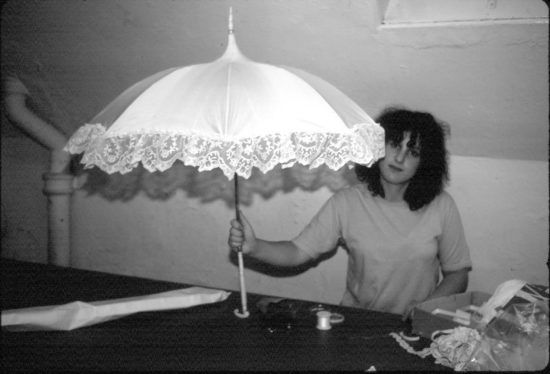 2. The lace on the dress dated back to Queen Mary

The antique lace on her dress was the “something old” feature of the gown. It came from a bag of cast-off scraps that were purchased at an auction by the Emanuels. This was a regular practice for designers that were in search of vintage materials to add a touch of timelessness to their creations. Once the purchased lace was clean and pressed, a fabric expert realized the Carrikmacross lace came from the bodice of a gown that dated back to Queen Mary’s day. 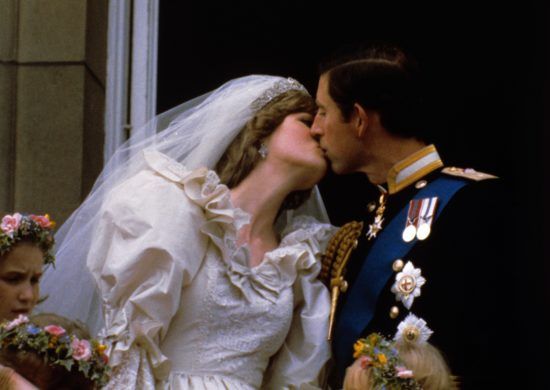 1. Diana was sewn into her dress

As many brides tend to do, Princess Diana worked to lose weight leading up to her wedding which meant that multiple fittings were required to ensure a perfect fit. In the seven months leading up to the wedding, Princess Diana’s waistline shrunk over five inches. The designers were forced to make five different bodices to fit and ultimately had to make last minute changes and stitch her into the final version the day of the wedding. 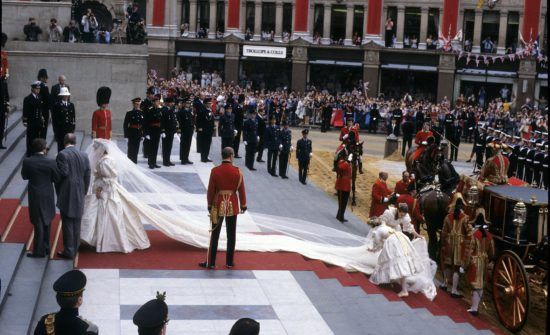 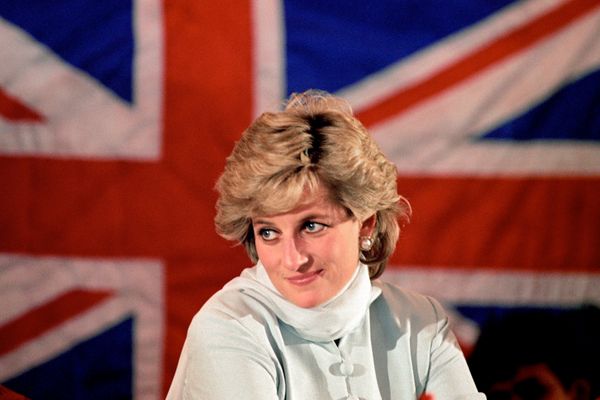 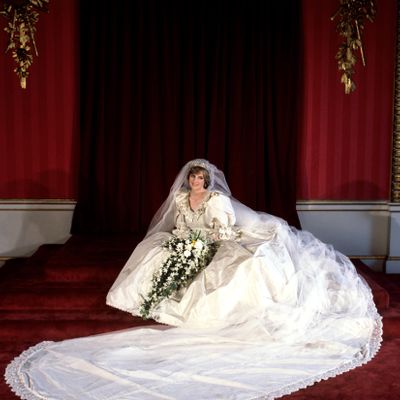