The 68th Annual Primetime Emmy Awards took place on Sunday, September 18, and while fans can’t wait to see if their favorite shows and stars took home wins, they also can’t wait to analyze the red carpet fashion. Some stars are known for their epic red carpet style, others are known for being risk-takers, and sometimes even the best designers come up with some misses. Unfortunately for these seven beautiful ladies, they turned heads for all the wrong reasons with their fashion choices. Check out the seven worst dressed ladies of the 2016 Emmys:

Sarah Hyland definitely went outside of the box for her red carpet outfit, and while some praised it, it just didn’t work for TV’s major awards show. The Modern Family star opted for both a dress and a pant suit, leaving her with an odd in-between. The dress would have been probably amazing had it been a full dress, and the pants just seemed too casual for the event.

Fans were excited about Mandy Moore’s return to the spotlight thanks to her role in NBC’s highly anticipated new show This Is Us. Unfortunately, her red carpet look was even more of a let down because, although the stunning star can normally pull off anything, her yellow-orange tiered dress just did nothing for her.

Paulson and Prada just did not mix well this time. The star may have won the Emmy for Outstanding Lead Actress in a Limited Series or Movie, but her dress wasn’t winning her any awards. The gown looked too heavy and thrown together with its variegated crystals, stones and plexi pailletes.

It is unclear just what Veep star Anna Chlumsky was thinking when she opted for her strange red carpet dress. There are way too many odd things happening with the dress for it to even be considered okay. It is baggy with an oversized cape/train and an unappealing bubble kind of pattern that just does nothing for the otherwise gorgeous star.

There was a lot of criticism for the Modern Family star’s fashion choices at this year’s Emmys, and unfortunately, Ariel Winter just couldn’t get it right either. The young star has taken to baring almost all on both the red carpets and on social media lately, and this time she opted for the same dress Kylie Jenner wore just last week. The silver and sheer gown was just not flattering for Winter at all.

Gwendoline Christie really missed the mark with her black cocktail dress by Giles. The Game of Thrones star simply reminded everyone of bad ’80s prom fashion with this number that just wasn’t appealing from the front or the back. It didn’t help that the fit made the actress seem much wider than she is.

Over the years, fans have come to expect such great things from Amy Poehler’s red carpet fashion, but her Emmys look was just disappointing. The dull green color and complete top-half wrap was just way too matronly for the fun and pretty star. Poehler just reminds us of a grandmother going to a wedding, not an A-list star at the Emmys. 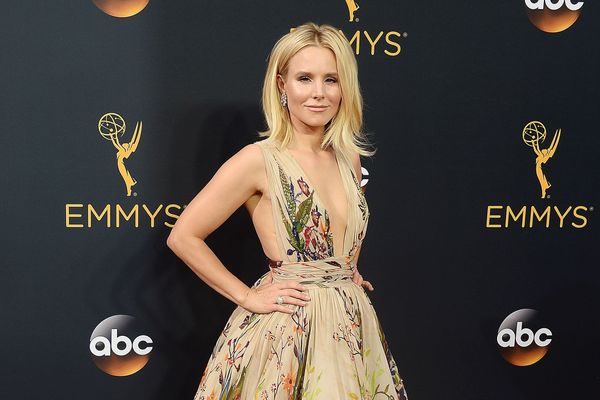