Every year the MTV VMAs are known for two things: drama and outrageous outfits. Unlike other awards shows packed with superstars, the Video Music Awards are more of a party than a distinguished event and the star’s dress the part. Fashion risks are to be expected and sometimes they pay off, but often they do not, which is what happened to these five ladies. With the usual suspects such as Miley Cyrus not attending this year, and Nicki Minaj pulling off one of the best looks of the night, the door was wide open for others to slide into the worst dressed list. Check out the worst dressed at the 2016 VMAs:

For some reason some are fawning over Kim Kardashian’s red carpet fashion for the event, but we just don’t see it. The reality star wore a too small and too tight ruched black dress with long sleeves complete with a drawstring to pull it even tighter. Kim is very proud of getting down to her goal weight and wants to show off her body, but she seems to struggle with finding the balance between sexy and just unnecessary. With so much money she can definitely afford a much better dress for events!

Teen Mom OG star Farrah Abraham loves the spotlight, so it isn’t surprising that she would go above and beyond to make sure to turn heads, but she did so in a very weird way. Instead of donning a revealing outfit for people to talk about, she instead went the Halloween route and wore a sexy Wonder Woman outfit. Abraham explained that she wanted to “channel the pop art icon and all that fun […] Business takes over my life, so I wanted to have some fun.”

When it comes down to it JWoww’s fashion choices weren’t horrible, but it is more the shock of her almost unrecognizable face that has fans buzzing but not in a good way. The Jersey Shore alum showed off her fantastic post-baby body in a plunging black gown with a statement neckline and full leg cut-outs. The gothic look was enhanced by her pale makeup and dark red lips, but it was her pinched eyes that have rumors of plastic surgery swirling. Either way, it wasn’t Jenni Farley’s best look.

Rita Ora is known for always walking on the daring side when it comes to her fashion, and while it has paid off for the stunning star many times before, it seems she wasn’t as lucky this time. Ora had a mish-mash of clothing options, none of which exactly went together. She started with a shiny moto jacket complete with fur shoulders, and then donned a sheer gown with a skirt featuring black and red feather embellishments. She then ended the look with absolutely massive and clunky platform shoes. It was just too much.

It is pretty obvious when stars go for the shock factor over actual fashion and it is clear that is what Cassie’s attention were when putting together her look for the night. She opted to forgo wearing a top all together and instead donned a jacket while her breasts threatened to make an appearance. She also wore high waisted shiny gold bell bottom pants and a glaring yellow wig. 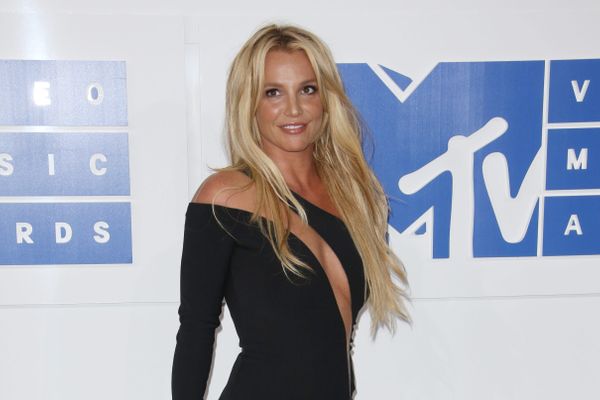