While the 2019 Emmy’s red carpet was filled with a long list of memorable style moments this year, the fashion continued on through the night with many of the after-party looks. Follow along as we rank all the Emmy’s after-party fashion moments that either nailed it or missed the mark!

Whitney Port nailed her Emmy’s after-party ensemble this year where she stepped out wearing this black feathered dress! The look was the perfect sultry dress for an after-party with all the texture and sheer detailing. 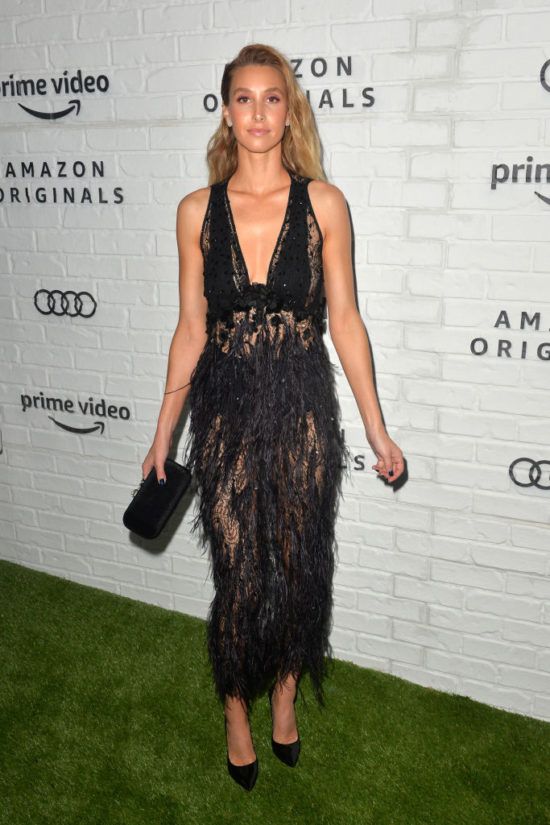 Sydney Sweeney’s look for the HBO Emmy after party simply felt a little overly dramatic for an after-party, especially with such a long train! We didn’t even see looks this bold at the Emmys themselves, which is why this dress definitely stood out among the sea of after party-goers. 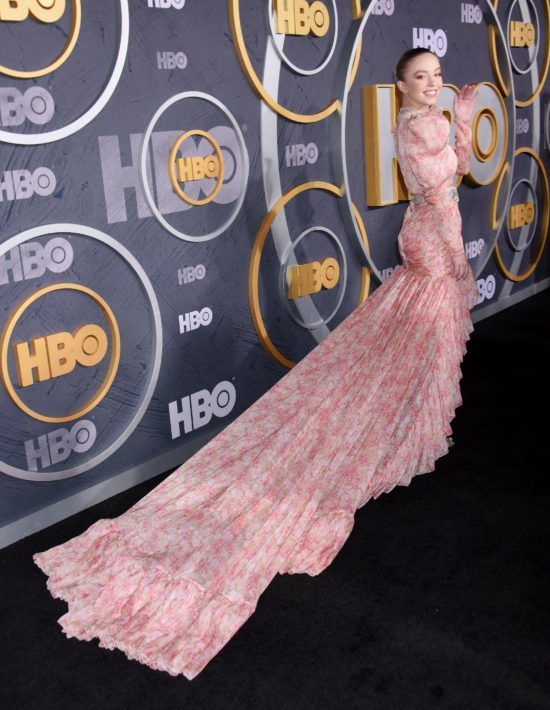 Catherine Zeta-Jones looked absolutely stunning in this deep magenta dress with floating draping and a thigh-high slit at the Netflix Emmy’s after party. This color highlights her skin tone and raven-colored hair flawlessly! 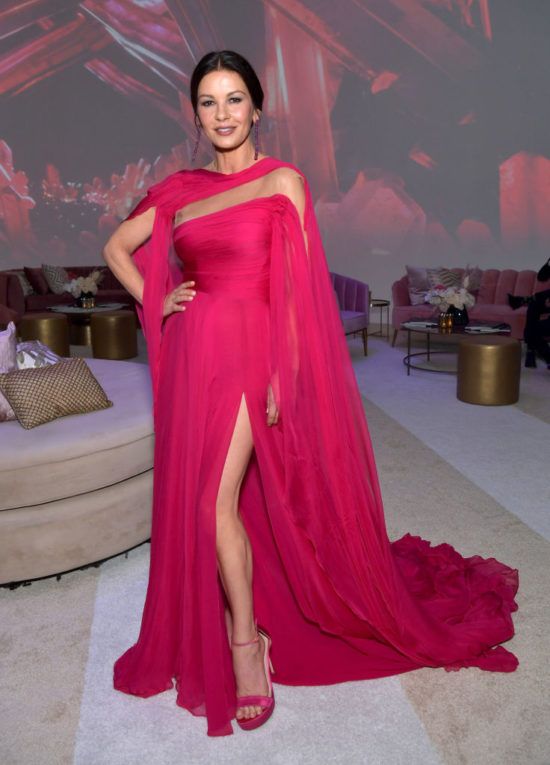 We have to admit we weren’t the biggest fans of this look worn by Rachel Brosnahan at the Amazon Emmys after-party. The black sparkling dress looked stiff and overly simplistic to make any real fashion statement. 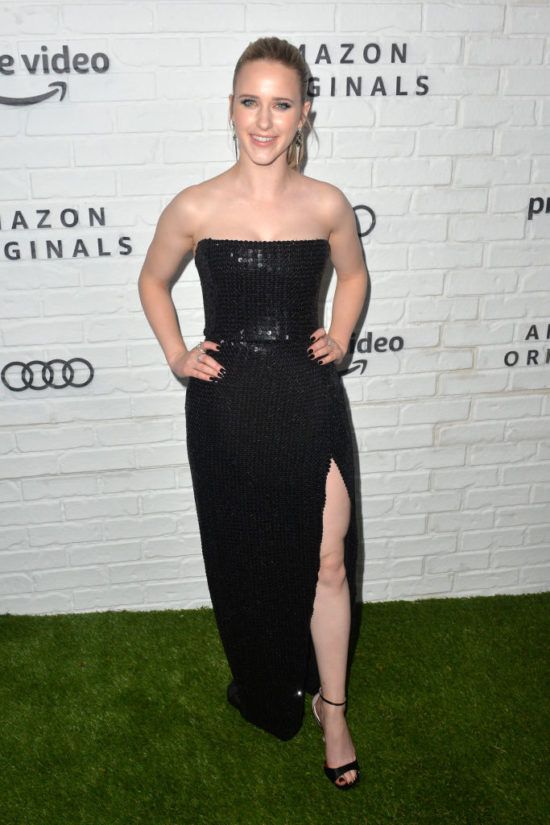 Brittany Snow had all eyes on her when she stepped out wearing this powder blue glitzy dress to the Netflix Emmy Awards after-party. We love the feather-detail on the bodice of this dress which added gorgeous eye-catching dimension and texture. 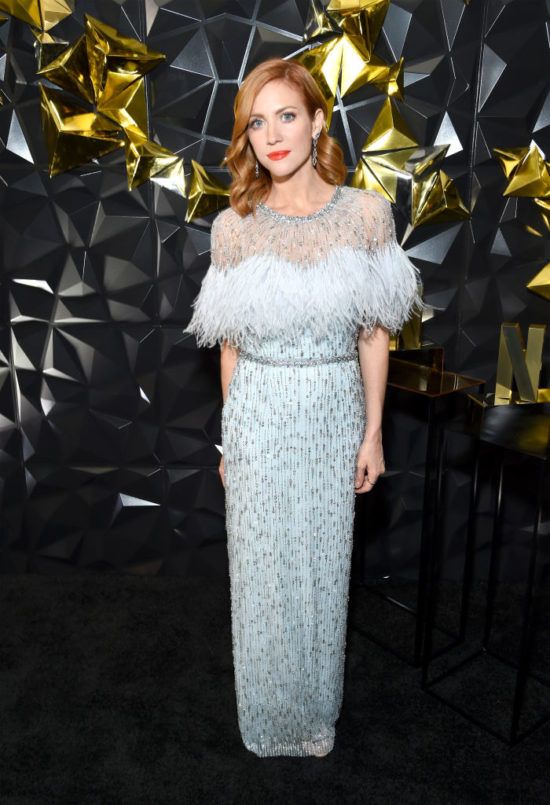 We are huge fans of Zendaya’s style, which is why it was so disappointing to see her have a rare fashion misstep at the HBO Emmy’s after-party. The floral balloon-style dress felt outdated and like something we would have seen at the Emmys a few years back. For someone so fashion-forward, this look was definitely not what we had in mind. 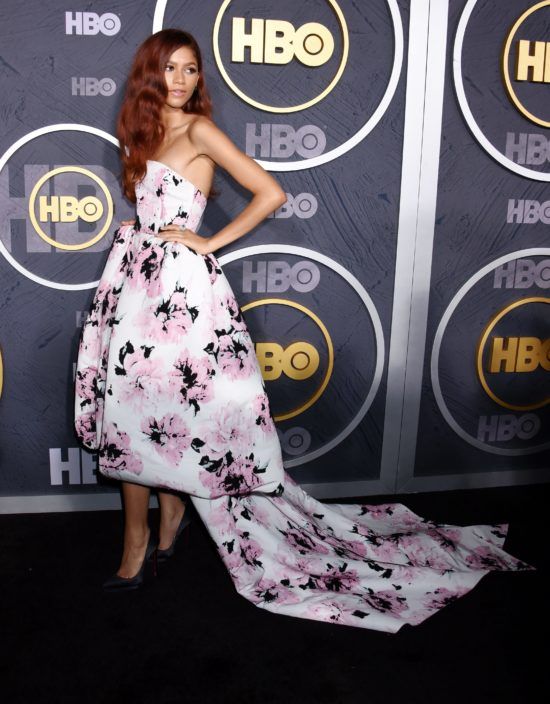 Lindsay Shookus stunned with an Emmy in hand as she posed at the HBO after-party. This rich shade of cobalt did wonders to complement her platinum locks and the asymmetrical neckline added an eye-catching detail to make it unique. 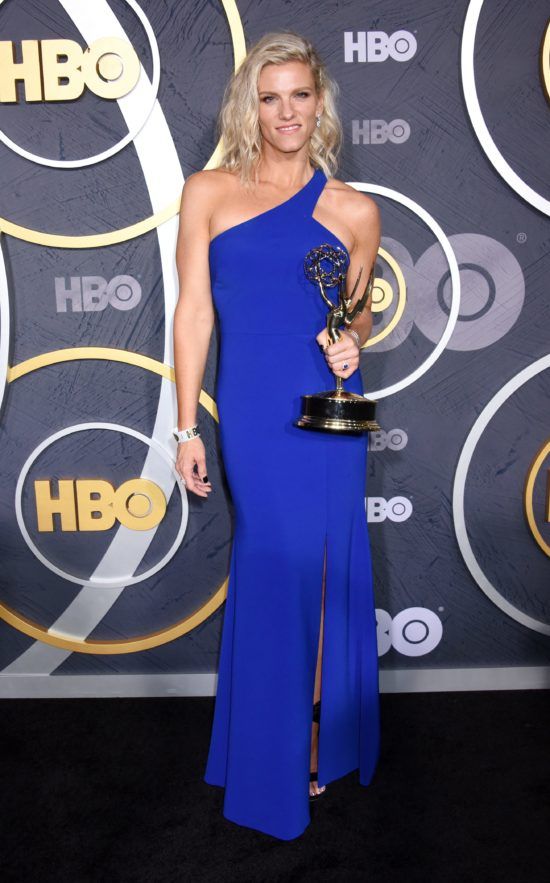 Regina King rarely goes wrong when it comes to style, but we have to admit we weren’t the biggest fans of the look she opted to wear to the HBO Emmy’s after-party. We’re all for tuxedo dressing, but this shiny emerald texture was a little too garish. 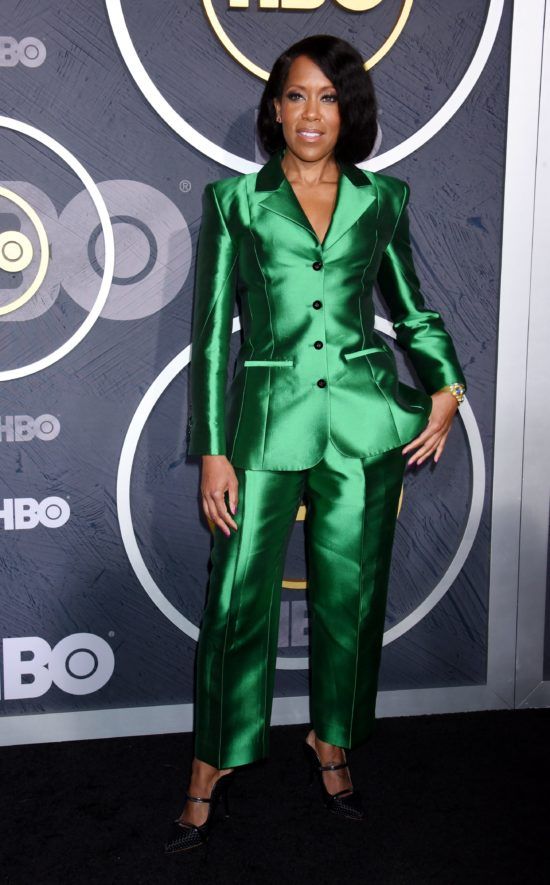 AnnaSophia Robb dazzled at the Disney Studios Emmy Awards after-party where she stepped out wearing a sequined rosegold minidress with three-dimensional floral embroidery along the side. We love how this dress is simple and party-like yet unique, which is key to a winning after-party ensemble. 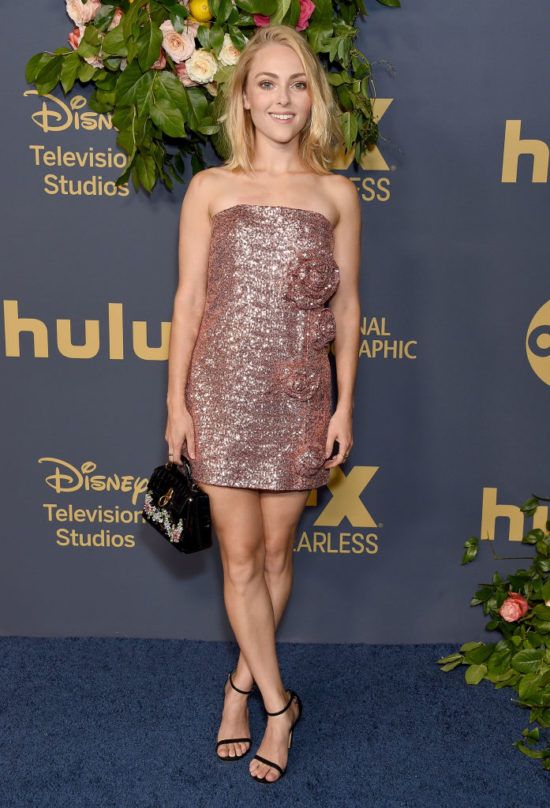 Gwendoline Christie had two unfortunate fashion moments at this year’s Emmy Awards! We weren’t the biggest fans of her red carpet look for the awards show and were also quite confused by this after-party moment. The pink suit is undeniably fabulous; however, the strange satin sash felt out of place and awkward. 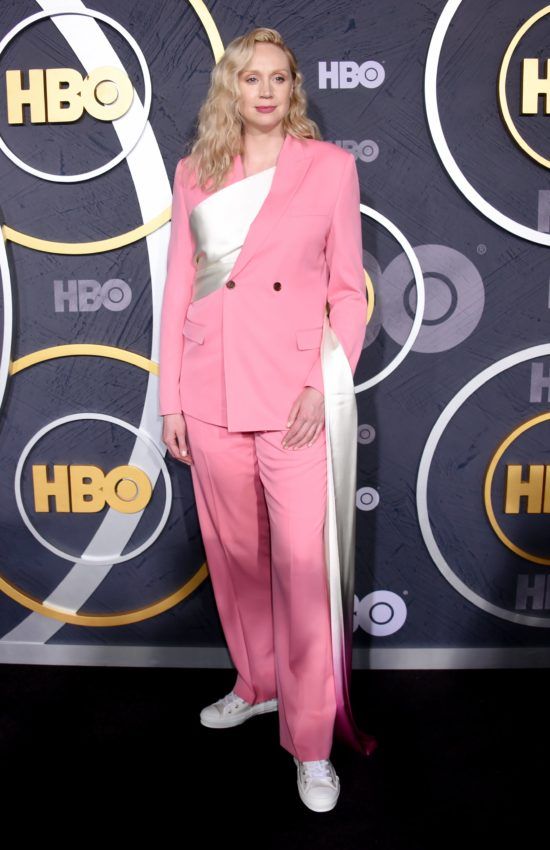 Ariel Winter was a total bombshell in this tight red dress she wore to the HBO Emmy’s after-party. We love the flattering pleating texture of this dress and how perfectly it hugs her curves. This color is also divine on her to highlight her dark features and brunette tresses. 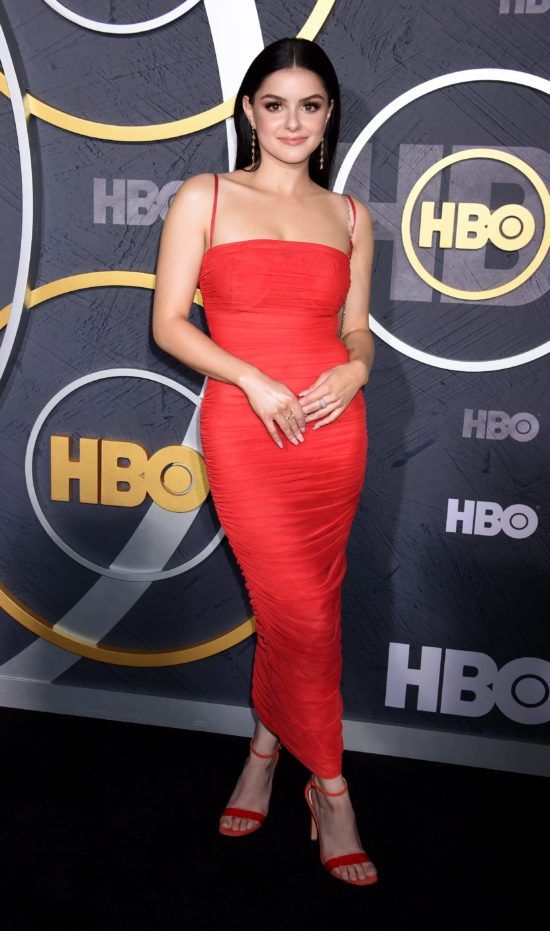 It’s not uncommon to see celebrities switch up their shoes when transitioning from awards show to after-party; however, we can’t say we love the decision for Maisie Williams. We totally understand switching into flat shoes in the name of comfort; however, these chunky silver boots totally detracted from her dress! Delicate flats or sandals would have been a much classier option. 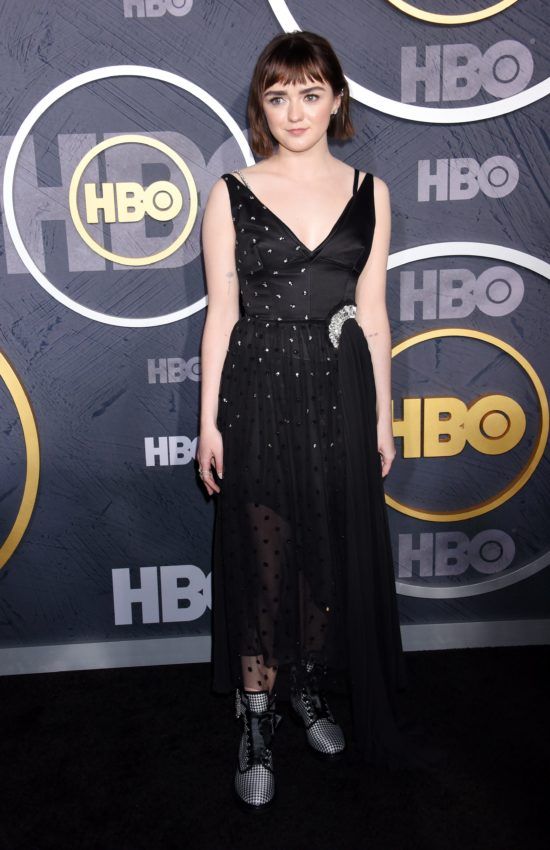 Sophie Turner looked totally angelic at the 2019 HBO Emmy’s after-party where she stepped out wearing a chic white dress with a bedazzled trim. We love the subtle glitter on this dress which added an after-party glitz factor without being over the top. 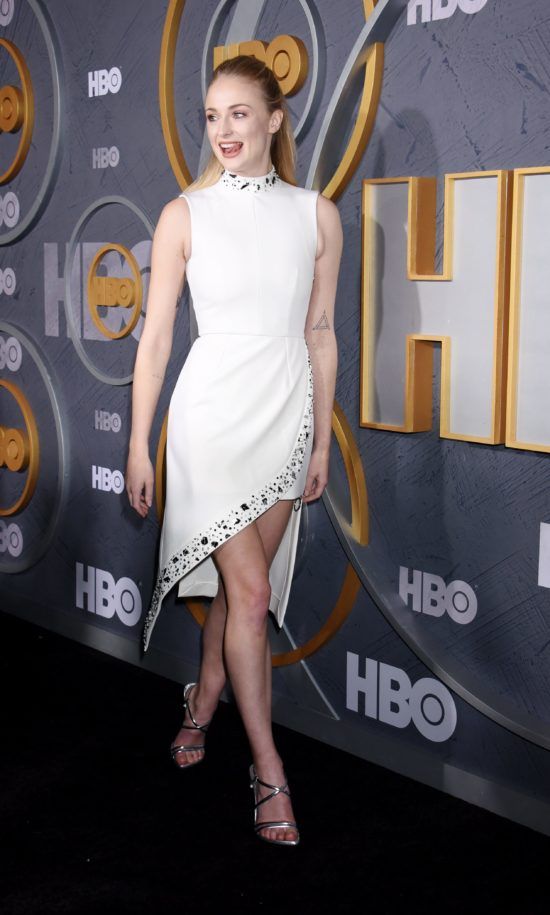 Melissa Joan Hart had an unfortunate fashion miss at the HBO Emmy’s after-party where she stepped out wearing this black and green gown. This look felt a little overly simple with the two-tone color blocking and the A-line shape wasn’t the most flattering. 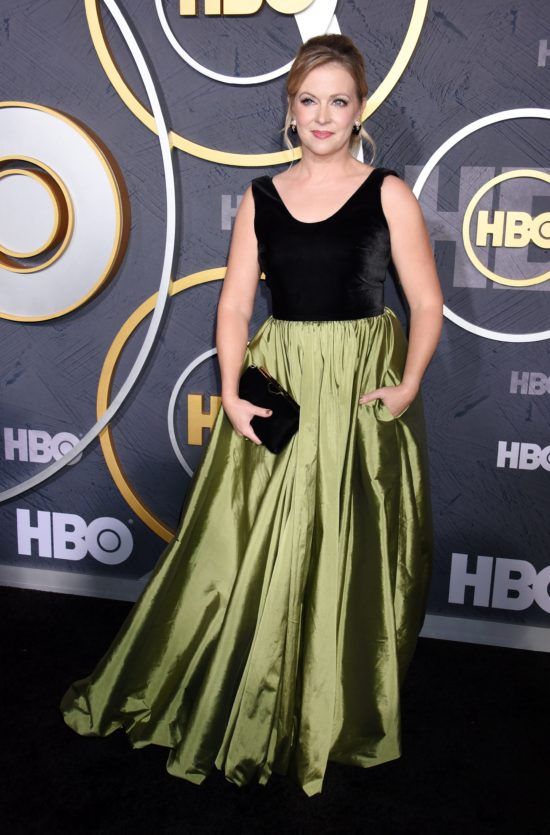 Heidi Klum made heads turn when she stepped out wearing this sleek charcoal dress to the HBO Emmy’s after-party. We love all the glitz and detail involved with this dress and the subtle sheer texture which added a sultry vibe. 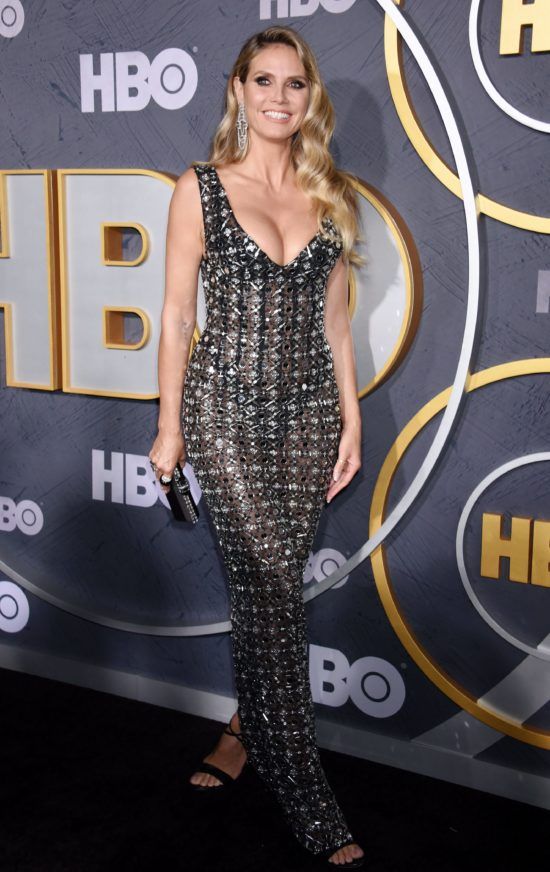 Vanessa Marano missed the mark with her HBO Emmy’s after-party look this year which featured an oversized ruffle along the front of the dress. The look felt a little too experimental and theatrical for an after-party and we feel a look like this would have been much better suited for the Met Gala! 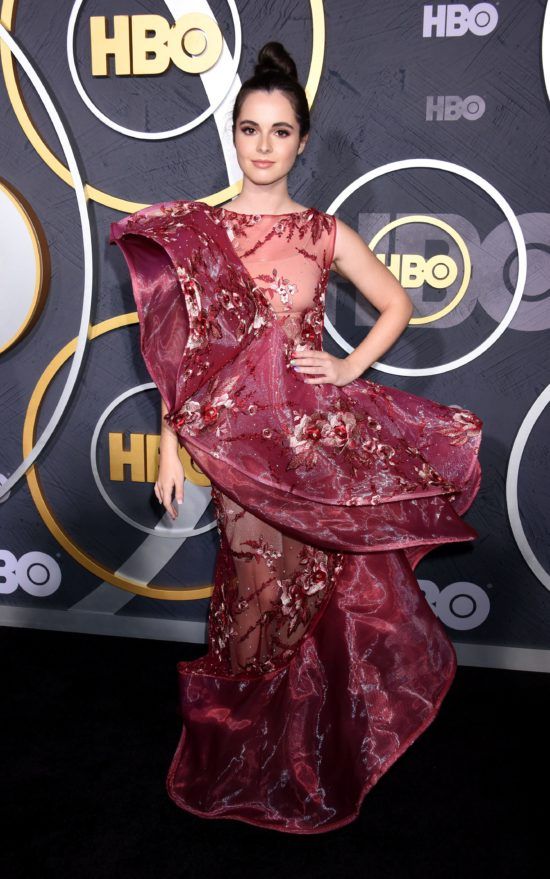 Mandy Moore dazzled at Disney Emmy’s after-party where she stepped out wearing the party-version of her red and pink Emmy’s red carpet look. We love her idea of transitioning the theme of her awards show looks into something a little more party-like for the evening! 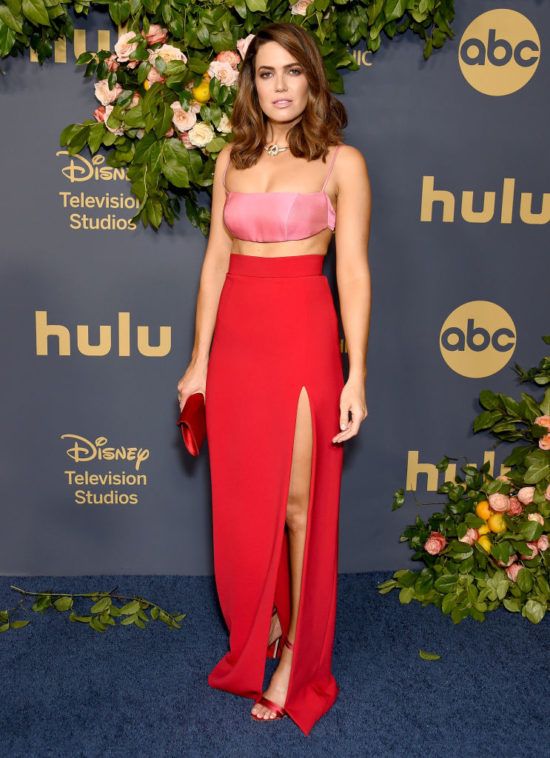 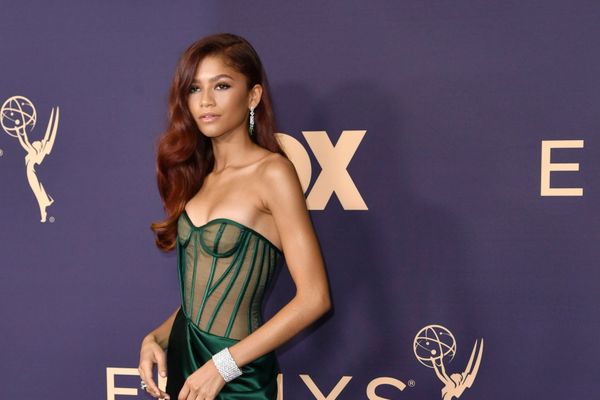