The MTV VMA’s red carpet is it’s own class of fashion when it comes to red carpet style. The gala event isn’t as elegant as the Oscars or Golden Globes, which often results in more experimental fashion and red carpet moments. Although there were a handful of stylish looks, there were also a few that left us quite puzzled and scratching our heads. Follow along for 13 of the most disappointing looks from this year’s 2018 VMA red carpet:

Nicki Minaj is another star who we aren’t surprised showed up wearing something revealing, but this look, in particular, was quite strange. It featured a bodysuit which was belted at the waist with an arrow-embellished buckle then flared out into a sheer skirt. At least her musical talent was able to be recognized with the well-deserved VMA Award in her hand!

Socialite Nicky Hilton made an appearance this year on the 2018 VMA red carpet! She wore a white minidress that wasn’t overly awful, but it was simply not the most flattering for her figure. Hilton is extremely petite so the ruffles and tiers seemed to drown her ballerina-esque figure. We do love the sparkly circular clutch in her hand though!

Singer and Justin Bieber protege Madison Beer rocked a shiny white suit for this year’s VMA Awards. Typically we’d be big fans of a tailored jumpsuit with an interesting print, but the shoulders of Beer’s look were simply too distracting and seemed to take away what could have been a really strong red carpet fashion moment.

Rainbow stripes have been a huge trend in 2018, but Sofia Carson definitely missed the mark with her take on the trend at the 2018 VMAs. The star wore a voluminous dress that flared at the bust into a multi-color tulle skirt. The busy dress with an unflattering shape simply detracted from Carson’s beauty and elegance!

Anna Kendrick usually gets it right on the red carpet, but not this time. At the VMAs, she wore this Ralph & Russo dress, which featured feathers and some metallic material. It’s not the worst look from that night, but it definitely isn’t one of the better ones either. We expect more from Kendrick than this lackluster dress.

This Orange is the New Black actress showed a little too much skin at the 2018 VMAs. She wore a see-through lace halter dress that left very little to the imagination. It probably would have been a better look if the material was opaque. As it is, she looks kind of naked in almost pretty dress.

Chanel West Coast’s dress isn’t so bad – especially for something like the VMAs. It’s kind of fun and has lots of colors, glitter and interesting designs. The boots, however, are a different issue. Because they are white, the boots draw attention away from the dress. It would have been a much wiser choice to go with black footwear.

Rapper Dej Loaf was clearly looking to turn heads with this white frilly ensemble. Unfortunately, heads were turning – just not for good reasons. She was one of the few people at the VMAs who decided not to show excess skin, so that’s a plus, but she still could have worn something that didn’t completely obscure her figure and make her look like she belongs in a different century.

Tiffany Haddish is another VMA red carpet attendee who took the sheer trend to the next level this year. The dress fits her like a glove, which is something we can appreciate, but the geometric pattern was quite distracting and took away from the look.

Sabrina Carpenter wore a look that was a twist on the typical bandage dress on this year’s VMA red carpet. Although we aren’t totally opposed to this look, it still comes across a little too Halloween-costume and mummy-inspired for our liking.

Teyana Taylor showed off her rock hard abs with this two-piece set on the VMA red carpet this year. The strange look surely showed off her enviable figure, but the casual seemed to have no place on an award show red carpet, especially since she opted for a pair of chunky sneakers.

Izzy Azalea stepped out looking quite bold at the 2018 VMA’s in this leather, patterned dress. The dress itself wasn’t overly awful and seemed to suit her edgy style, but the studded leather over-the-knee boots definitely clashed with the skirt.

Of all the looks from the VMA Awards this year we have to admit we were most disappointed with Blake Lively’s outfit! The star opted for a crisp white suit set, but she seemed to drown in all the fabric and unflattering proportions. The pants were far too large and the blazer cut at a strange height on her hips which did not come across flattering. 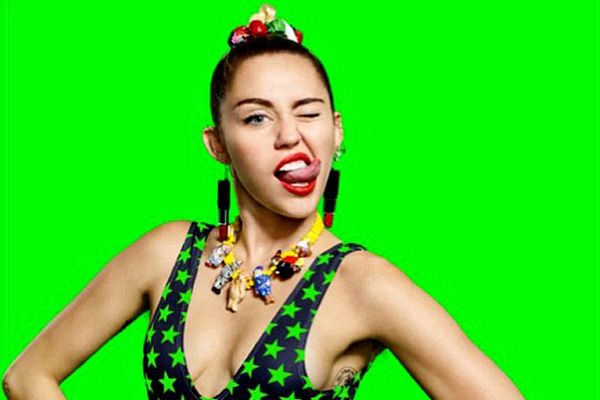 The 15 Craziest MTV VMA Outfits Ever