Oscars 2019: Most Disappointing After Party Looks

While the stars of Hollywood typically dress quite glamorously and formally for the official Oscars red carpet, when it comes to the after parties, they aren’t afraid to change it up and slip into something a little more sultry. From slip dresses to ruffled numbers and sheer skirts, we saw quite an array of looks at this year’s Oscars’ Vanity Fair after-party, but unfortunately, not all of them were for the better. Follow along as we recap the 25 most disappointing Oscars’ after party Vanity Fair looks:

Kate Beckinsale stepped out at the Vanity Fair party this year wearing a dramatic black and gold gown with an enormous train trailing behind her. We felt that this look was a little over the top for an after party and much better suited for the formal red carpet, which was a little disappointing.

Chloe Sevigny stepped out at the 2019 Vanity Fair party wearing a puzzling black ensemble that we, admittedly, didn’t love. From the ruffled shoulder, to the large cutout, to the sequin skirt, there was far too much happening at once.

Camila Cabello twirled for the photographers at the Oscars’ after party this year in a voluminous black and white floral look. Our main issue with this look is that it felt more appropriate for the actual Oscars’ red carpet than an after party since it was so dramatic!

Behati Prinsloo stepped out at the 2019 Oscars’ after party wearing head to toe cheetah print. We are huge fans of animal print, but this simply felt like overdoing the trend. We wish Prinsloo had opted to wear cheetah in a more subtle, effortless way.

We really wanted to love this orange look worn by Gabrielle Union to the Oscars’ after party, but there was one thing off about it that swayed us otherwise — it had no shape! The color of this dress is truly gorgeous on Union’s skin tone and if the dress was a little more tailored we definitely would have been big fans.

Letitia Wright stepped out wearing this rich yellow gown at the 2019 Oscar awards that initially we didn’t find too bad. The peach bows on the shoulders, however, seemed to really detract from the look. The color of the bows clashed and they distracted from the gorgeous print and texture of the dress itself.

Brie Larson stepped out at the 2019 Vanity Fair party wearing a little red number. While the asymmetrical dress itself isn’t the worst, we wish she had skipped out on the chunky black belt paired with it which felt a little outdated. Larson had such a fabulous red carpet moment earlier in the evening that we were disappointed to see that her after party look didn’t live up to it.

To All The Boys I Loved Before star Lana Condor stepped out at the Oscars’ after party wearing an interesting floral number. We don’t mind the print, but this look definitely could have gone without the ruffled details on the shoulders which felt quite distracting.

Shailene Woodley stepped out at this year’s Oscars’ after party wearing a sheer dress that we have to admit we weren’t the biggest fans of. The exposed bodysuit, embellished bodice and strange length of the skirt didn’t quite flow together.

Laura Harrier absolutely nailed her look for the official red carpet at the Oscars, but we can’t say the same for this orange look she wore to the Vanity Fair after party. The almost-plastic texture of this dress made the look feel quite tacky.

Riverdale star Camila Mendes stepped out at the 2019 Vanity Fair after party wearing this red and black number that wasn’t overly terrible, but it simply hit her at an awkward length. If her look was just a little longer and swept the floor, this look definitely had potential to be a show stopper.

Maya Rudolph had two pink fashion misses this year at the Oscars. First on the official red carpet, and then at the after party. This asymmetrical magenta party look seemed to add unnecessary volume to her figure and didn’t feel properly tailored to flatter.

Serena Williams wore a gorgeous black and red gown for the official Oscars red carpet that had all eyes on her, but we can’t say the same for her after party look. The blue and black look felt chaotic and the double layered tulle on the skirt was super distracting.

Priyanka Chopra is always one of the most anticipated stars when it comes to high fashion appearances, which is why we were quite disappointed with her tame after party look this year. She’s usually quite experimental with her fashion, but this simply felt quite standard and something we’ve seen multiple times already on the red carpet. We wish she had stepped a little more out of the box!

Hailee Steinfeld stepped out at the 2019 Vanity Fair after party wearing quite a bold look this year. While we actually don’t mind the concept of an embellished floral minidress, this specific one just seemed to miss the mark. The flowers looked a little cheap, which detracted from the look overall.

Elizabeth Banks stepped out at the 2019 Oscars’ after party this year wearing a cherry red two-piece set. Typically, we love a coordinating set on the red carpet, but we have to admit we weren’t the biggest fans of this look. Despite the cutout, the oversized puff sleeves and voluminous skirt seemed to drown her figure.

We absolutely love Chrissy Teigen’s chic sense of style, but we, unfortunately, weren’t the biggest fans of her Oscars’ after party look this year. The combination of the mesh texture of the dress with a floral print pattern and feather embellishment simply felt a little chaotic.

We swooned over Emilia Clarke’s sculptural lilac dress she wore on the Oscars’ red carpet this year, but we can’t say we felt the same for the little red dress she wore to the after party. The dress seemed to cut her at an awkward angle at the ankles which didn’t properly elongate and flatter her. This look also definitely could have skipped on the oversized puff sleeves.

Olivia Colman may have won the Best Actress award at the 2019 Oscar Awards this year, but unfortunately, she didn’t win in the fashion department. The actress stepped out wearing a confusing green dress on the official red carpet and a similarly puzzling look to the after party. The satin texture of this dress came across as slightly cheap looking since it was a seemingly aged yellow color and wrinkled.

We have to admit we weren’t the biggest fans of this black sheer dress worn by Tessa Thompson at the Oscars’ after party this year. We didn’t love the chunky silver and black glitter on this dress, which made it appear a little cheap, especially when paired with the heavy black boots she opted for.

We were disappointed to see Emily Ratajkowski miss the mark with her Oscars’ after party look this year. The color of this dress did nothing for her complexion and the combination of lace and peplum felt a little mismatched.

We were less than impressed with this look that Lily Collins opted for at the Oscars’ after party this year. The burgundy abstract print of this dress wasn’t the most flattering, especially when it transitioned to awkward looking tulle along the skirt.

Kendall Jenner wore one of the most uncomfortable looks we’ve ever seen her in at this year’s Vanity Fair party. This look was without a doubt a fashion catastrophe and wardrobe malfunction waiting to happen.

Jessica Alba is one of the most beautiful women in Hollywood who could seemingly pull off anything. While the dress she wore to the Oscars’ after party wasn’t overly awful, it simply wasn’t a standout look like we were hoping to see. The black dress sat loosely on her body and didn’t particularly flatter her figure. Overall, we just felt the look was quite underwhelming which was disappointing.

Natalie Portman has had quite a few memorable red carpet moments throughout Oscar history, which is why we always have high expectations when she hits the red carpet. Portman’s after party look this year was quite disappointing in all honestly! A plain black look like this could easily be worn for any other event and we wished she had opted for something a little more special on Oscars’ night. 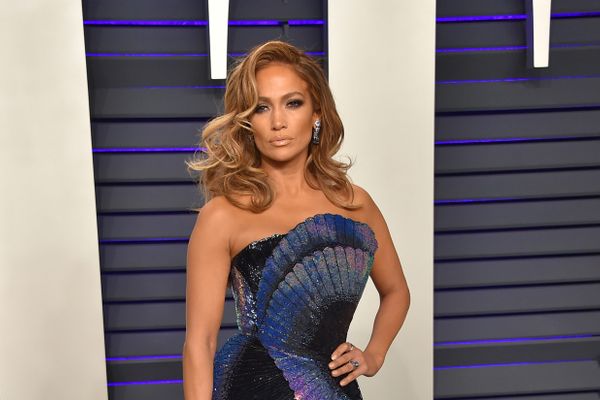 Oscars 2019: All Of The Best & Worst After Party Looks Ranked