The boldest and brightest Broadway stars took to the Radio City Music Hall in New York this past weekend to celebrate their achievements at the Tony awards. The stars of the theatre world dress to the nines for this special occasion, but unfortunately some of them fell victim to a red carpet faux pas or two. Follow along for 12 of the worst-dressed stars from this year’s 2018 Tony awards:

Actress Amy Schumer was up for a nomination at this year’s Tony Awards and attended wearing a classic little black dress. As much as we appreciate her taking a fashion tip from Audrey Hepburn’s fashion playbook, we also couldn’t help but feel a little underwhelmed with how simple her look was. It definitely flattered her figure, but we’d have loved to see Schumer in something with a little embellishment or texture for the special occasion. 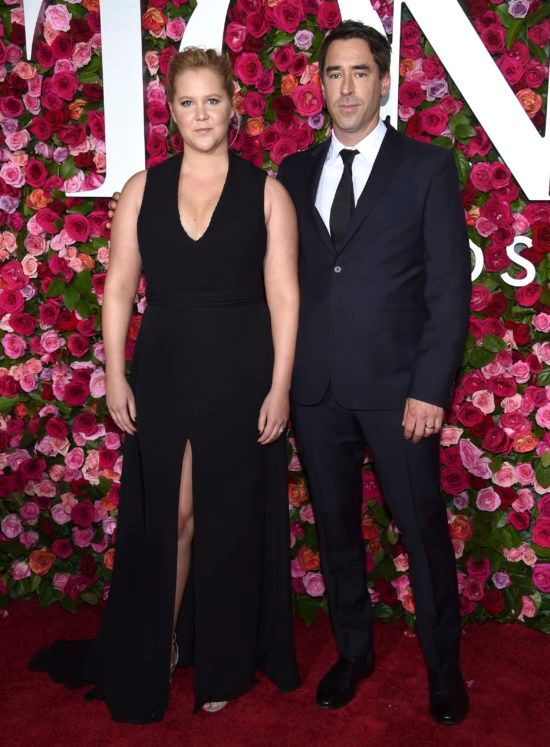 Condola Rashad stepped out at this year’s Tony Awards wearing a coral off-the-shoulder gown with a voluminous skirt and ruffled sleeves. Although we love the elegant neckline and shape of this dress, the color was an unfortunate miss, especially since it clashed with the magenta pink floral backdrop on the red carpet. 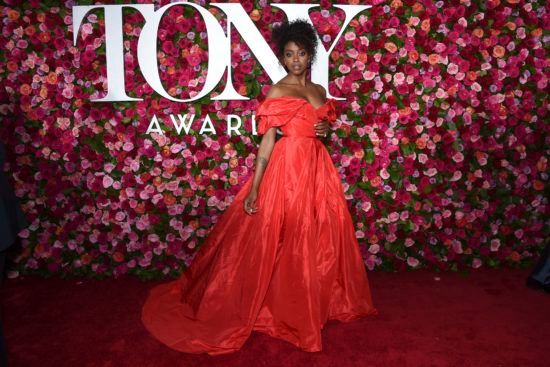 Lindsay Mendez stepped out at this year’s Tony Awards wearing a champagne colored dress with a full skirt and soft silver embellishment along the bodice. We actually really love this dress, but on Mendez it didn’t seem to work. The champagne color totally washed out the olive undertones of her skin rather than complementing it! 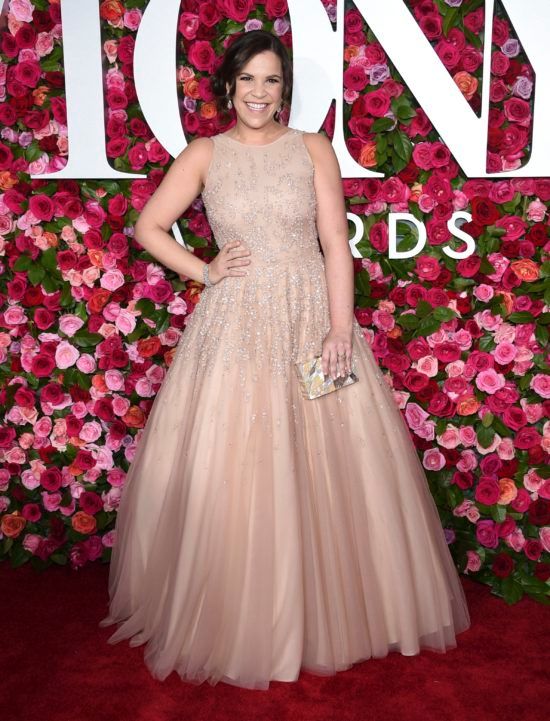 Vogue editor Hamish Bowles really took a risk with this loungewear-inspired look at the Tony Awards. As much as we appreciate a bold red carpet fashion move, we’re not entirely convinced by this look. From the slouchy pants to the robe-inspired overcoat and the sheer mesh detailing on the chest, we definitely think this was a risk that wasn’t well rewarded. 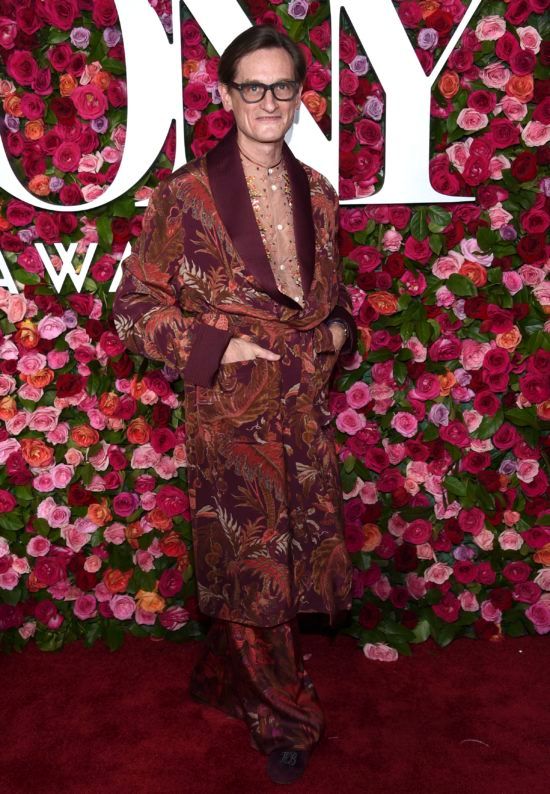 Marissa Winokur was all smiles on last night’s Tony’s red carpet where she stepped out wearing this electric blue number. We love this choice of color on Winokur, but the high-low batwing sleeves came across as quite outdated. Luckily the dress fit her like a glove and her total confidence made up for it! 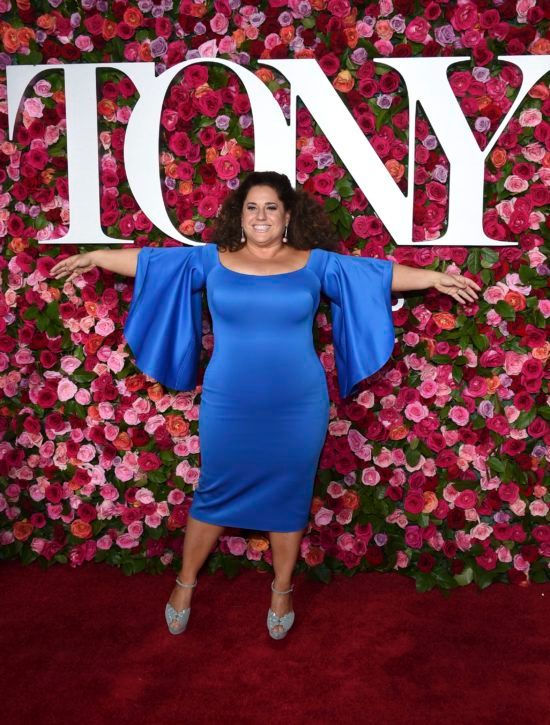 Rachel Bloom took the casual route with her Tony’s attire this year and opted for a simple graphic tee paired with a tulle skirt. We’re all for fashion risks, but the Tony’s red carpet is not the time or place for a graphic tee, unfortunately. 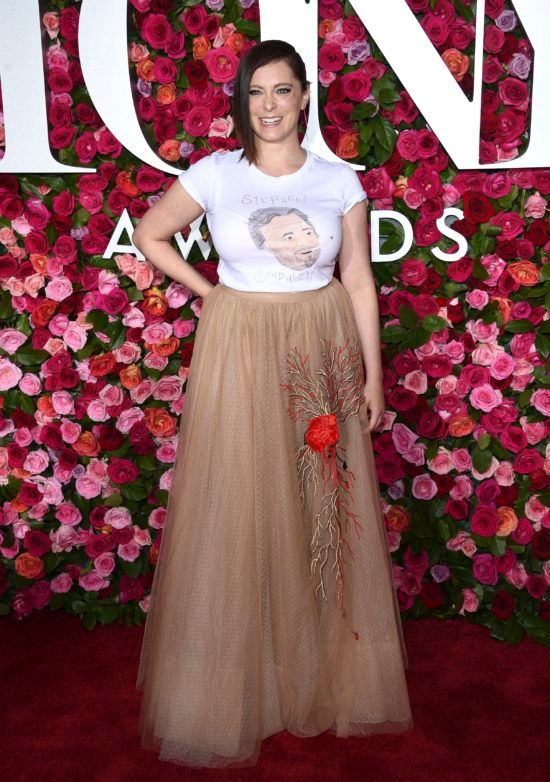 We really wanted to love LaChanze’s ensemble from last night’s Tony Awards red carpet, but it just didn’t seem to quite work. The faded blue color was lovely on LaChanze’s complexion, but the metallic detailing along the skirt detracted from the dress and made it seem somewhat tacky. 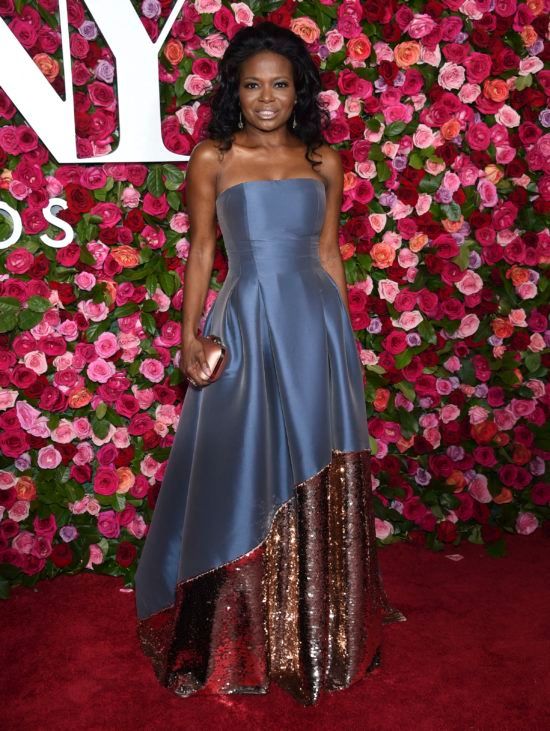 Thalia took the bold route for this year’s Tony Awards and opted for a black jumpsuit with sharp gold detailing throughout. The look was admittedly quite questionable, especially with the ruffle that trailed down one side of her leg. 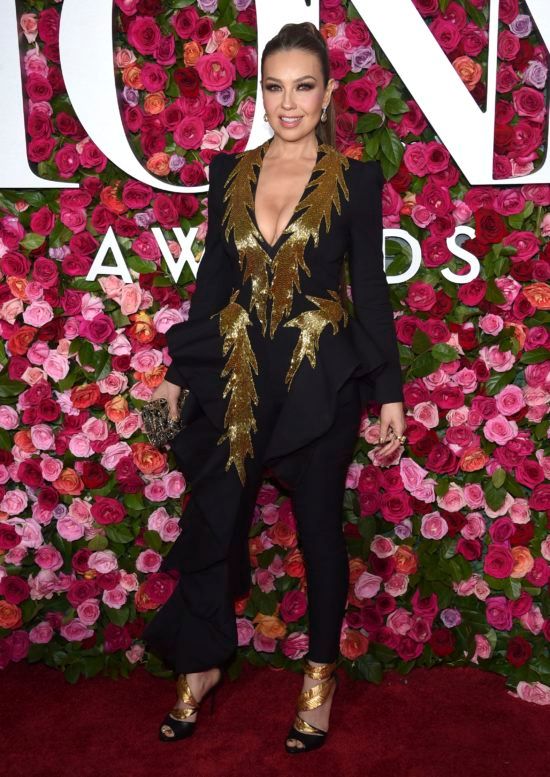 We understand that Katy Weaver was nominated at the Tony’s for her role in the Spongebob Squarepants musical, but we’re confused with why she felt the need to dress accordingly. Her look consisted of a white dress embellished with a blue bow and multi-color confetti which she topped with a Spongebob handbag. 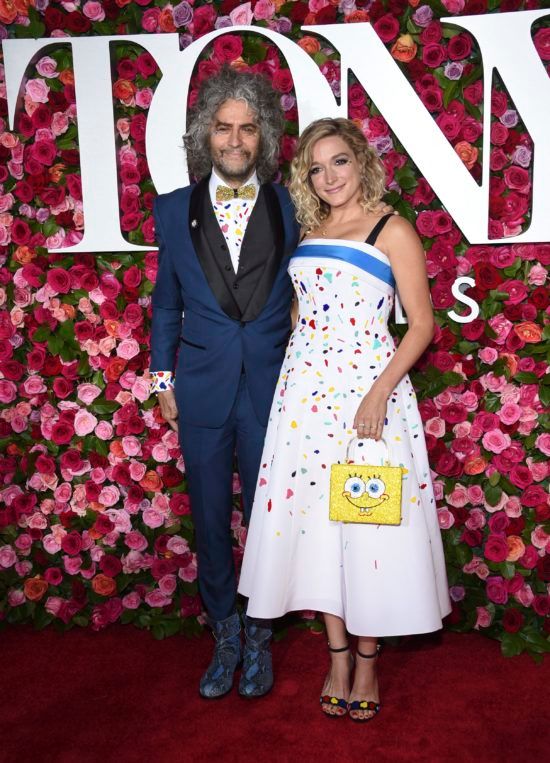 Laura Osnes opted for a bright fuchsia pink look at this year’s Tony Awards! We can definitely appreciate a color like this on the red carpet with summer just around the corner, but we wish Osnes had opted for a dress with a more simplistic shape. Since the color is so bold, all the ruffles and mesh detailing made the look appear overwhelming. 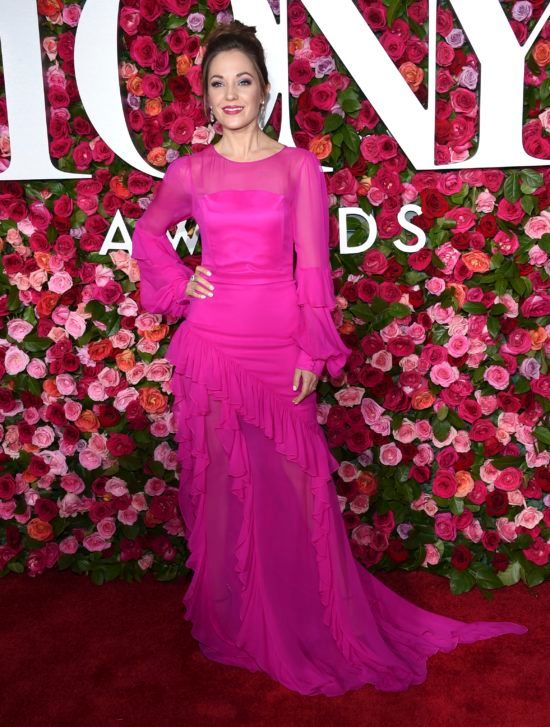 Rachel Brosnahan had quite the fashion miss at this year’s Tony Awards red carpet! She opted for a floral print dress which nearly blended in seamlessly with the floral backdrop of the red carpet. In isolation, this could have been a strong fashion moment, but the unfortunate backdrop situation really influenced how her look was received. 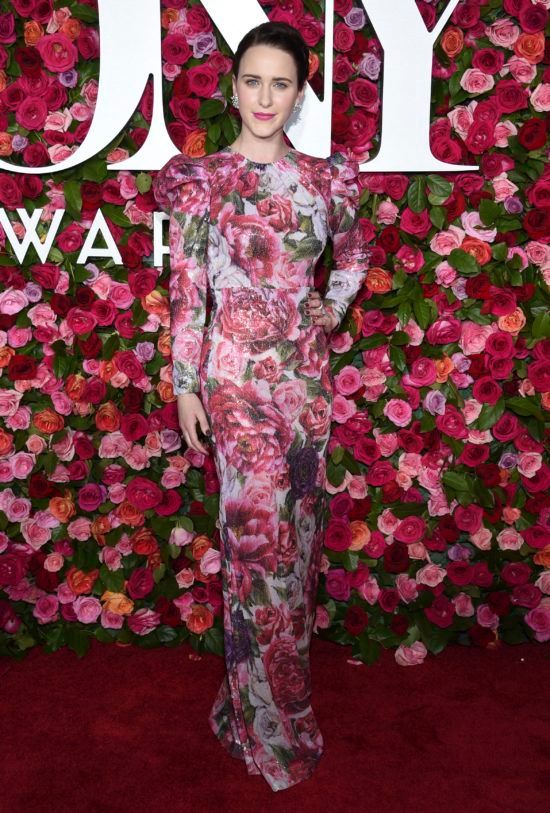 Of all the looks on last night’s red carpet, we’d have to admit that Claire Danes had one of the biggest fashion misses. Silky textures and leopard print are huge trends right now, but with this particular look didn’t seem to work. The ruffles along the skirt seemed to hit her body at strange heights and the high neckline came across uncomfortable and restricting. 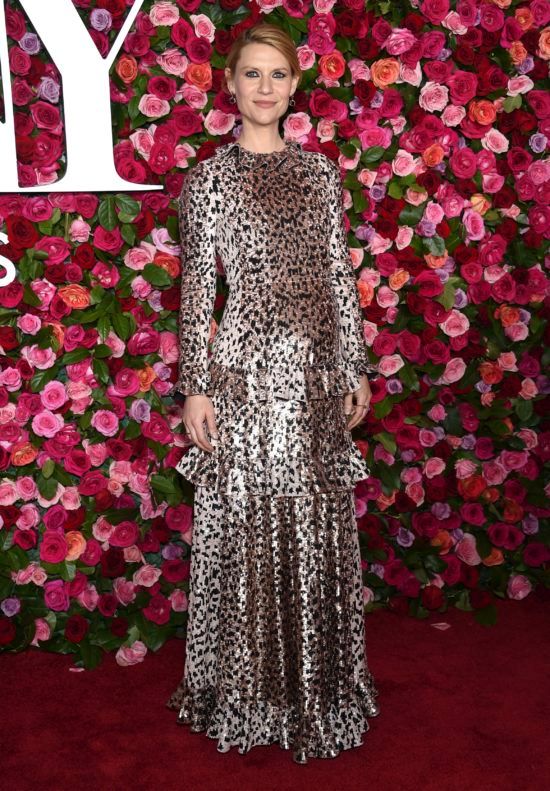 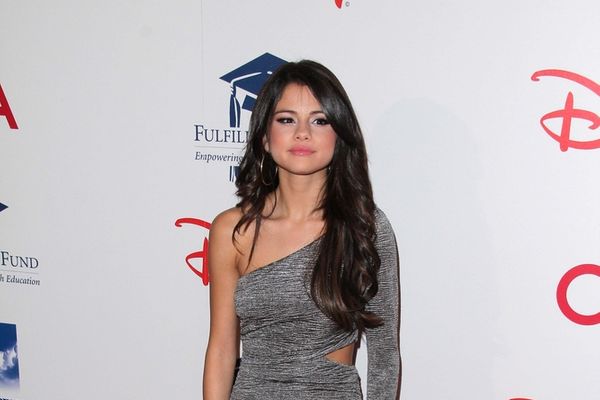