When it comes to fashion, it’s no surprise that trends from the ’80s and ’90s are back in style. It’s been said that trends are cyclical in nature and will eventually make their way back into the mainstream, and in 2018, many throwback looks have proven to be more relevant than ever. Grunge-inspired pieces, slip dresses and high-waisted pants are all common threads and are easily traceable through popular films from the era. Follow along as we recall 12 unforgettable throwback films with the best, and most relevant, style:

Although Dazed and Confused was released in 1993, the movie was set to take place in the ’70s. The bell-bottom pants, cropped tops and middle-parted hairstyles were an undeniably accurate reflection of the era, which is what made the fashion in this film so iconic and memorable. It’s clear that special attention was spent on costume design and making sure each clique was accurately represented and distinguishable based on their wardrobe — from the effortless cool kids to the nerdy outsiders.

Reality Bites is a ’90s classic that is sometimes overlooked but definitely deserves some praise, especially when it comes to the fashion. Reality Bites circled a group of twenty-something friends navigating post-grad life in the most relatable way possible. Their fashion rings true to that of the mid-’90s with a variety of sophisticated yet oversized pieces with a slight grunge twist.

When thinking of Liv Tyler’s starring roles, often the first film to come to mind is Empire Records. There is, however, another Liv Tyler-starring film that is worthy of some sartorial credibility — Stealing Beauty! Tyler is showcased in the midst of a whimsical Italian summer donning bohemian-inspired pieces and feminine, lightweight dresses. Her looks were minimal, but memorable, which is exactly why the fashion in the film is truly iconic.

Cruel Intentions is one of the defining fashion films of the ’90s where privileged preppy style meets seductive lingerie dressing. We saw collared dress shirts and power suits contrasted against sheer tops and lace, which really gave the characters a sense of being multi-dimensional and complex. With the budget and pomp of Manhattan’s elite, the film also boasted quite a few designer pieces with a heavy focus on Prada.

Boogie Nights is another ’90s film that was inspired and takes place in the ’70s. From the bohemian hairstyles to the hippie undertones of their clothing, Boogie Nights nailed their rendition of the 1970’s fashion culture. Neon colors such as fuschia pink and crisp turquoise appear quite often among the film and specific pieces such as halter tops, high-waisted pants, and silk scarves also make quite frequent appearances.

The fashion from Dirty Dancing has come full circle and is more relevant than ever in current day. Baby’s wardrobe looks like something straight out of 2018 with her high-waisted denim, bodysuits and sneaker combinations. Her summer wardrobe is the perfect example of timeless summer style with clean, feminine pieces that have never dated, even with the decades that have passed since the film’s release.

The 1991 friendship flick Thelma & Louise surrounds an epic summer road trip, with a ’90s wardrobe to match! The duo shows the rebellious, edgy side of their fashion with tough-looking band tees and cowboy boots, yet also dabble in the soft, feminine side of fashion with glamorous cat eye sunglasses and silk headscarves. We love that this Texan best friend duo can transition flawlessly between the two distinct styles throughout the film.

Clueless is perhaps one of the most epic, and often first thought of, throwback films that surround fashion and style. Cher Horowitz has been a style muse for decades with her matching suit sets, knee-high socks and blown out blonde hair. From flirty nighttime looks to preppy school-appropriate style, Cher Horowitz can pull off anything, especially with the help of her handy computer program which catalogs her entire wardrobe on the film.

Everyone loves a good makeover movie, especially when the ever-elegant Julia Roberts is involved! Pretty Woman is the ultimate ’90s fashion film complete with a total transformation as Roberts changes her look from trashy-to-classy. From her sultry red gala gown to her pretty polka-dotted event look, this film is bursting with ’90s fashion inspiration!

The Talented Mr. Ripley is a memorable summer film from the ’90s that takes place on the Amalfi Coast and features stars Gwyneth Paltrow, Jude Law and Matt Damon. The film boasts an impressive array of effortless and laid-back Mediterranean vacation looks featuring feminine peasant tops, whimsical midi skirts and linen button-up shirts. There are few films that better represent the glamour of the Riviera as flawlessly as this one!

Uma Thurman started a fashion revolution in the mid-90’s when she took on one of the leading roles as the vampy character of Mia Wallace in Pulp Fiction. Her style was quite minimalist and dark by nature but had signature components such as her blunt black bob and dark lipstick. When it was leaked that Thurman was wearing the Chanel nail polish in the shade Vamp for the film, it sold out after Pulp Fiction was released.

Empire Records featuring Liv Tyler is a ’90s cult classic film and especially when it comes to the fashion! The girls’ uniform looks consisted of cropped tops, kilts, combat boots and chokers which are the epitome of ’90s grunge fashion in its prime. 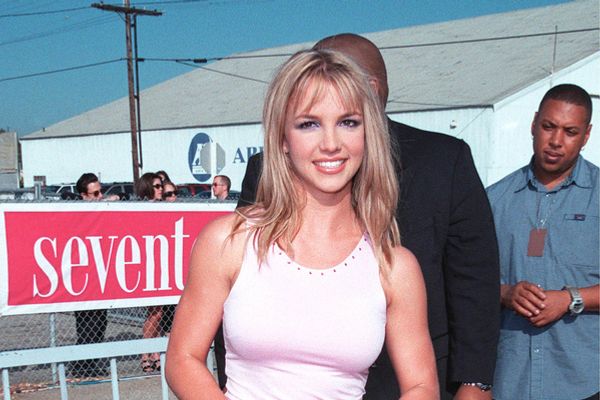