Have you ever been curious to know who played the “Ugly Naked Guy” on Friends? Well the mystery has finally been solved!

Ok, so maybe the question sounds a tad weird but if you’re like us, you couldn’t help but wonder who played the bit character on the show. It seems we’re not the only ones who were curious. Todd van Luling, a writer for Huffington Post, made it his mission to find the actor who played the infamous character on only 2 episodes of the show, but is mentioned quite often. The actor’s face is never revealed, and the show doesn’t credit the actor who played him. Even David Crane, the show’s creator, said he didn’t know who the actor was.

After a year of research, van Luling finally revealed the Ugly Naked Guy as extra Jon Haugen. Haugen agreed to meet for an interview to talk about his time on Friends. “You want to let the world know who the real Ugly Naked Guy is, huh? There’s only one Ugly Naked Guy, man, and that was me. The reason I never came forward was because I was just keeping it mellow because Warner Brothers was keeping it mellow. They wanted everybody to have a guess who I was,” Haugen stated.

Haugen had nothing but nice things to say about the cast and crew of the show. “I’ve been on a lot of TV sitcoms and Friends was my favorite. Everybody was fantastic. They treated me like I was family.” David Schwimmer, who played Ross, made him feel like a “brother.”

And what about the question we all want to know: was the Ugly Naked Guy really naked on the show? “I was in boxer shorts,” Haugen revealed. “At first I was feeling a little shy because I had about 500 people watching me in the audience besides the crew and everything. But after about two minutes went by, I was real comfortable and David Schwimmer was real comfortable. We were just in boxer shorts and they made it look like we were naked.” 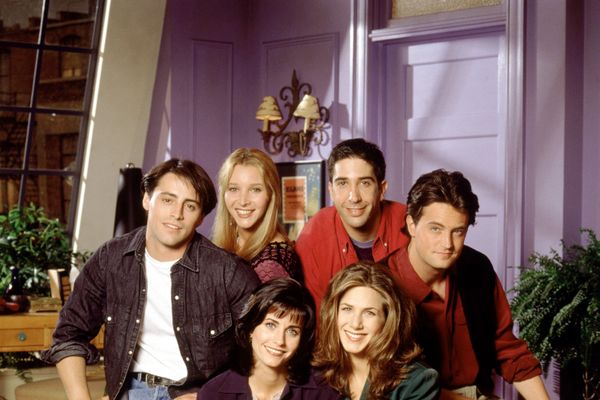