In terms of major Hollywood headlines, landing the industry’s most eligible bachelor was definitely one of the ones that dominated last year when it was revealed that George Clooney had finally met his match and was ready to settle down.

His match however is actually probably way above him as Amal Alamuddin, now Amal Clooney, is an outstanding and respected human rights lawyer. And while it is clear she is not a woman to be messed with on any level, the media insists on dumbing her level of importance down to what she is wearing, like almost every other female celebrity.

While standing by her husband’s side for the important awards season it was clear she was not entirely impressed with the superficiality of it all and recently made it clear she was definitely not going to tolerate fashion questions while attending to her own full time job.

She is currently representing Armenia in a case against a Turkish politician who denied the 1915 genocide of thousands of Armenians and got caught up in all the reporters and photographers at the European Court of Human Rights on Wednesday January 28.

There is no doubt that Amal is a gorgeous woman but she is not for a second going to let that overshadow the importance of her work and the intelligence she possesses. 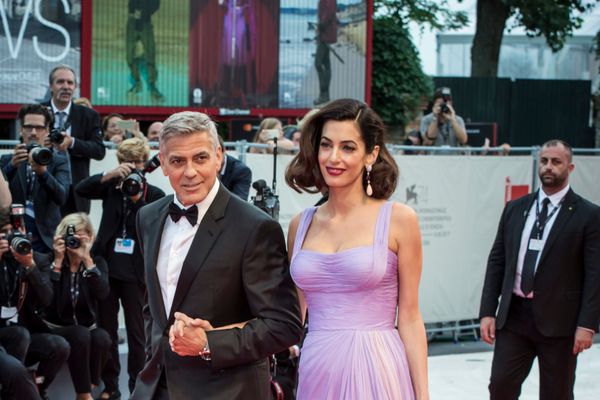