Amber Rose and Wiz Khalifa have had a whirlwind relationship.

The 30 year old model/actress and the 27 year old rapper began dating in 2011 and by 2012 they were engaged. They welcomed their son Sebastian into their lives in February 2013 and were married shortly after in July.

However, just over a year later Rose filed for divorce from Wiz Khalifa citing “irreconcilable differences” amid numerous reports that both parties had cheated on their spouse.

Recently, Rose has been linked to Nick Cannon and has been accused of being the woman he cheated on Mariah Carey with. After that scandal, Rose was seen with the son of KISS rock legend, Gene Simmons. Her and Nick Simmons were seen on numerous occasions getting quite up close and personal although still insisting they are just friends.

Even though it seems Rose is doing just fine, her tweets say otherwise, “The mornings are especially hard. The pain…I wake up every morning feeling like my best friend died…I never knew what true heartache felt like until now,” she tweeted on Monday October 6.

Although linked to many high profile men, including Kanye West who she dated from 2008-2010, it seems she truly did love Khalifa. Friends of Amber Rose say her relationship with Wiz was never that stable with “massive blowout fights.”

In her divorce filings, Amber requested full custody of their son. Khalifa has stayed mostly silent about the divorce but has insisted he made it clear the marriage was over and they were separated before Rose filed for divorce and found him with another woman.

Also Check Out: 9 Betrayed Hollywood Women Who Were Dignified In Divorce 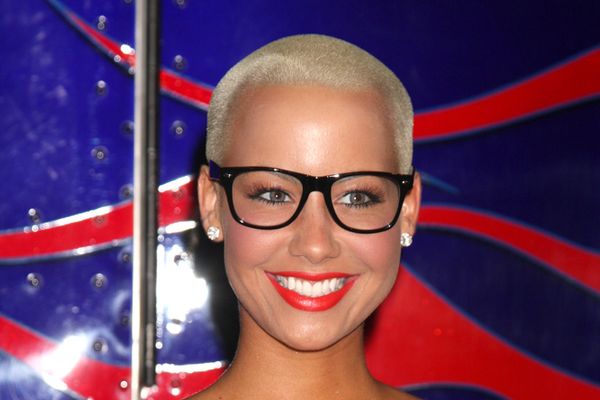