Amber Rose is a force to be reckoned with. She literally rose to fame thanks to her relationship with the notoriously moody rapper Kanye West and, in recent years, she’s been making a name for herself as an outspoken pop feminist, speaking out against people who engage in slut shaming. Whether people like it or not, she’s fast becoming a role model. In celebration of her birthday, we have 8 things that you didn’t know about Amber Rose:

Amber Levonchuck was born on October 21, 1983 in Philadelphia, Pennsylvania, to Michael Levonchuck, who was in the military, and Dorothy Rose, a waitress. She grew up in a really poor neighborhood in South Philly. She has one brother, Antonio Hewlett and her parents divorced when she was six years old. During her teen years, she and her mother were homeless.

While her father is of Irish and Italian descent, her mother is of Cape Verdean and Scottish descent. Coming from Cape Verde, which is off the coast of West Africa, her mother is Creole, meaning a mixture of European and African ancestry. According to her, people on her mother’s side of the family aren’t accepting of dark-skinned people and some of her family didn’t attend her wedding to Wiz Khalifa because he’s black.

She was sexuality assaulted by a classmate when she was in seventh grade. “This boy stuck his hand all the way up my skirt. I was sitting on the edge of the stage in the auditorium, and he sat down next to me and put his hand up my skirt… I went to principal, and I told her that I felt extremely violated. I couldn’t believe that he had touched me like that,” she told MTV. “And she blamed me. She said, ‘You shouldn’t even be wearing a skirt like that.’ Obviously, in the seventh grade, my skirt was not that short – but even if it was, that didn’t give him the right to shove his hand up my skirt.”

5. Stripping on the Sly

Amber began stripping on the sly when she was 15 under the pseudonym “Paris” to help support her family after her parents divorced. When she looks back on the experience, she remembers it as invigorating. “Best f-cking time of my life,” she told GQ. “I’m not going to say young girls should go be dancers. But that was my journey, and I don’t regret it.”

The fashion designer first shaved her head when she was 19. She now recounts it as an act of defiant courage that altered the course of her life but, at the time, her first reaction was deep regret. “After I shaved, it I cried for a few days, until I realized it looked dope,” she recalled. “Sinead O’Connor was a bald-headed bad-ass, and I loved her.” She now has to shave it twice a week to maintain her signature look.

Kanye West spotted the bald beauty in the Ludacris video for “What Them Girls Like” and was obsessed with her unique look. He got her number and called her. “I was home in The Bronx, and he called me on my cellphone,” she said. “I’d never met him before. He was like, ‘Hey, it’s Kanye.” Thinking it was a prank call, she hung up on him, but he called back and invited her out to L.A. to star in his “Robocop” video, which never ended up being released. After that, he brought her to the 2008 Grammy Awards and the rest is history. According to her, the reason that they broke up was because he was unfaithful and there wasn’t just one other women – there were multiple, one of them being Kim Kardashian.

When Amber met Kanye West, she reportedly was dating a woman named Trevon or Tre (aka Tiffany). The video vixen reportedly dumped her girlfriend for the rapper. In an interview with Complex, she discussed her sexuality. “I’m extremely open with my sexuality. I can be in love with a woman, I can be in love with a man. I’m not into bestiality, but as far as humans go, I definitely find beauty in everybody, whether they’re heavy-set, super-skinny, if they’re white, black, Indian, Asian, Spanish,” she said. “I can see beauty in anybody. I’m not into threesomes or orgies and s–t like that. If I see a women and I think she’s beautiful and I like her, and she likes me back we can definitely try to be in a relationship together.”

She met her ex husband Wiz Khalifa on Twitter. “Initially we met through twitter,” Rose told Us Weekly. “He did an interview about me and the guy who interviewed him asked, ‘If there was one girl in the world who would you be with?’ He said ‘Amber Rose,’ – and then I hit him on twitter, and I said, ‘That’s really cute’ and we fell in love!” Unfortunately, her marriage to him – which produced one son, Sebastian – ended in divorce after she walked in on him cheating on her with a set of twins. Things between them are amicable now, however. They currently share joint custody of their son. 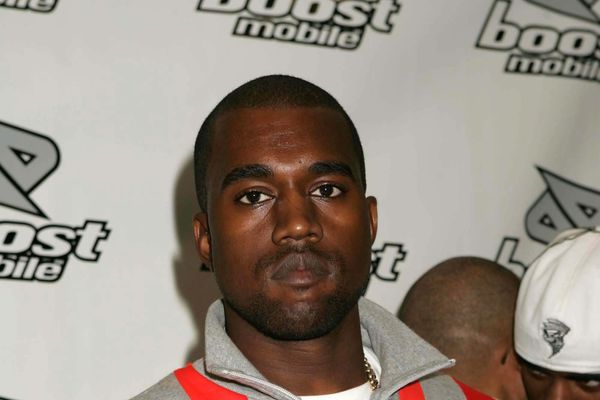