Every guy who has labeled themselves a “dude” will want to have a little look-see at the video below. As if people needed another reason or reminder to check out David O. Russell’s new film, American Hustle.

Amy Adams is such a charmer. Her talent seems limitless in the scope of playing make believe, and she recently dished on her abilities–notably, the stretch of having to kiss Jennifer Lawrence onscreen while acting like it was enjoyable. Amy really had to take one for the team. We collectively pity her, no doubt.

So, what about this kiss? Amy suggests that Jennifer’s got the goods, and a load of potential in the realm of locking lips. Words like “full lips” were used to describe the experience.

In truth, we all know that these scenes have to be the most awkward for actors, as well as the crew. You’re supposed to remain professional throughout the experience, all the while, there’s a camera a few inches from your face with an operator peering through the eye-piece. And there’s a good chance that said operator is a mouth breather. (Yes, 99 percent of Hollywood cameramen are “he’s.”) And whether the director is at the monitor, or trying to craft the scene with the actors as marionettes, everyone knows he/she is offering some direction. But when you see it on the screen… magic.

Considering the bigger picture, everyone in American Hustle is a definitive charmer: Amy Adams, Jennifer Lawrence, Bradley Cooper, Batman… they’re all at the top of their game, and they’re going to sell a lot of tickets for Columbia/SONY. If you’re one of them, you’ll also probably want to check out the video below. 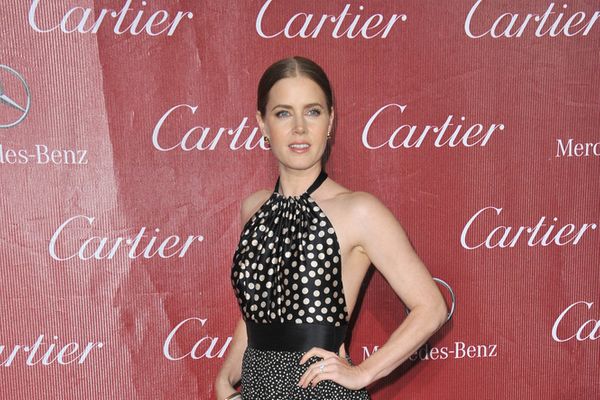