After a seemingly fast, yet exciting season of The Bachelorette, JoJo Fletcher is finally ready to make her choice between Robby Hayes and Jordan Rodgers after starting the season with more than 20 prospective suitors.

The past couple of weeks have been extremely dramatic in particular as JoJo struggled with making the right decision on who to send home, and of course the Men-Tell-All episode which featured this season’s villain Chad Johnson calling out JoJo for ignoring all of the red flags popping up with both Robby and Jordan. Of course, she has to pick one, and Reality Steve already has all the answers we need. So grab a glass of wine, settle in, and read on for more!

While JoJo says she loves both Robby and Jordan, it has been abunduntly apparent who her strongest affections have been for the entire time so it shouldn’t be surprising that Reality Steve reports that she does choose Jordan, and yes they do become engaged!

Of course, the biggest factor in her decision was when they met her parents in the days before the final rose ceremony and insiders revealed that only one of the guys asked for permission to marry JoJo, and it seems that guy was Jordan. “Everyone thought he was husband material. Later, they told JoJo that they liked the other man too, but they thought the second would be more loyal and a better fit.”

As always, there is no telling where Jordan and JoJo stand in their relationship in current time as rumors are already swirling that the pair have broken up! 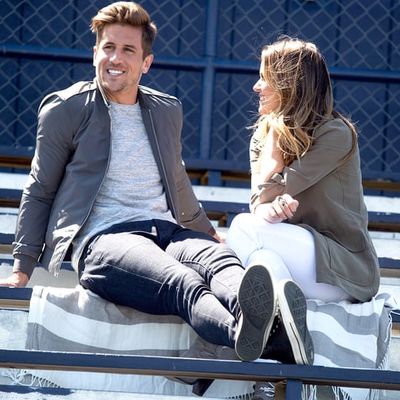