Are JoJo And Jordan Still Together, Engaged After The Bachelorette 2016: Find Out!

After missing an episode last week, fans can be sure that this week will be full of all the drama they need to get caught up. Tonight, fans will see JoJo finally confront Jordan Rodgers about all of those cheating rumors and leaving fans wondering if things will work out for the early favorite. While there is still a ways to go before JoJo makes her final pick, for fans that cannot wait, Reality Steve has all of the spoilers needed right down to who she chooses at the end. So, let’s get to the good stuff!

Are JoJo And Jordan Still Together, Engaged After The Bachelorette 2016: Find Out!

After all of the dates and getting to know the guys, it seems that Jordan was still JoJoès favorite despite all the rumors about him and the two do become engaged in the finale episode of this season! Jordan Rodgers beats out Robby Hayes for the final rose and although there are also rumors that he is only doing the show as a publicity stunt to boost his own careers, it seems he is serious about staying with JoJo.

As always, there is no guarantee that Reality Steve is correct, but his track record for knowing the winner is very good, and it is obvious JoJo has had more of an attraction to Jordan over the others since the beginning. 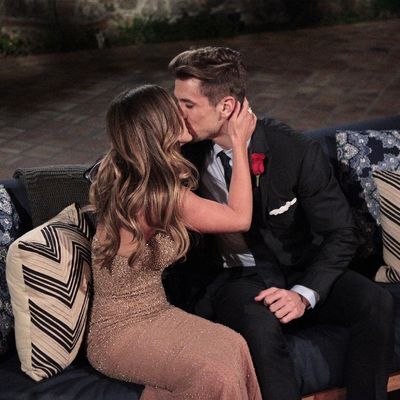