It seems the celebrity prank wars are gearing up once again and after Channing Tatum disguised himself to surprise fans at a Magic Mike XXL screening, 67-year old Arnold Schwarzenegger decided to get in on the fun too.

The iconic actor is reprising one of his most famous roles as the Terminator when Terminator Genisys comes out in July but he donned the makeup and costume a bit early to prank fans at Madame Tussauds wax museum in West Hollywood with some hilarious results.

To make the prank even better, Schwarzenegger was doing it all for the name of charity teaming up with Omaze to offer one fan and a friend the chance to be at the Terminator Genisys premiere and post party with all donations going to Schwarzenegger’s one charity, After-School All-Stars.

While in the wax museum Arnold did an excellent job of keeping very still while visitors tried to take pictures with what they thought was a wax figure until he “came to life” making them scream and laugh.

He then took his look to the Hollywood Walk of Fame where he wandered around stating lines from the famous films to some highly amused and some seriously unimpressed people and also stopped to try on some sunglasses asking if they would protect from “shotgun blasts” and confronted a Terminator street performer.

Check out the hilarious video below! 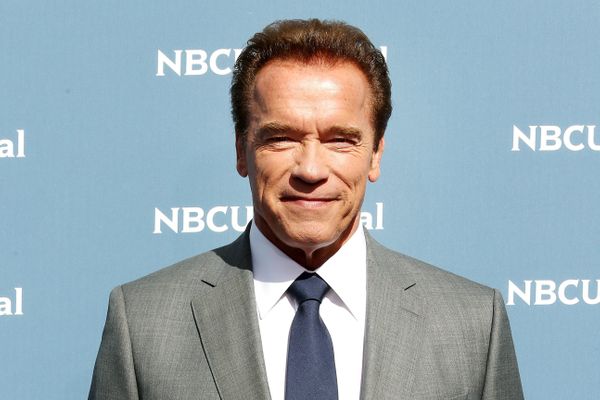