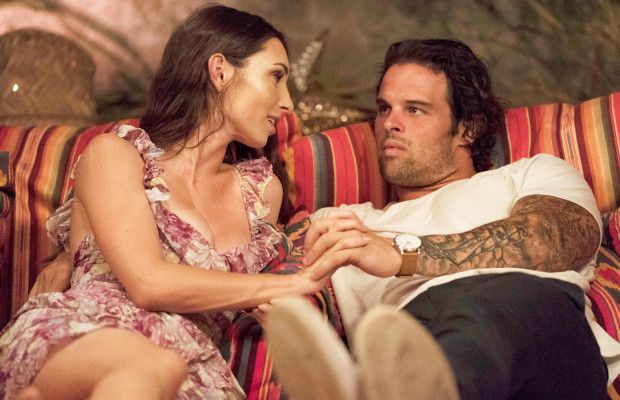 Another Bachelor in Paradise happy ending!

Bachelor in Paradise season five couple Kevin Wendt and Astrid Loch have announced their engagement after Wendt proposed on August 28, in Toronto, Canada where the couple currently live.

Wendt, 35, popped the question during a sunset picnic on Toronto Island and made sure he had “Tequila” by Dan + Shay playing because “we drank a lot of tequila” in Mexico, Loch 29, joked.

“I actually forgot what I said. I just remember, it was a no-brainer to marry her,” Wendt recalls. “I see her more as my family than any kind of girlfriend, and I just knew I couldn’t ever let her go. And then I quickly told her to move her bike because the ring box was so big and it was in my little backpack beside the picnic stuff that I didn’t know how to get it out of there. And so I told her to move her bike, and she kind of looked me like I’m an idiot. Like, why don’t you move it? And as soon as she turned her back, I grabbed it and crammed it in my back pocket.”

“And I don’t know if you know, but skinny jeans are not easy to cram things into,” he joked.

Loch admitted she had no idea what was happening. “I was so clueless. And you never get a surprise really by me, ever. I feel like I pay attention to everything, and I had absolutely no clue.”

Wendt proposed with a custom ring from his family’s business Wendt’s Jewellery which was established in 1884 by his great-great-grandfather, and is where all of his family have gotten the rings they have proposed with for the past 135 years.

“I’m a firm believer that there’s just so little genuine surprises in the world,” Wendt explained. “I was even speaking to quite a few people who’ve said they went full ring shopping with their fiancé a month before they got engaged and stuff. I did my research on what Astrid liked for rings, just based on what she said about other girls’ rings or what she likes or what she doesn’t like. And I just thought I would rather take a little bit of a risk and design it myself knowing her, rather than her just pick it out and kind of be expecting it.”

Wendt explained that he actually considered proposing when he and Loch were back in Mexico for Bachelorette stars Rachel Lindsay and Bryan Abasolo’s wedding the week before, but it wasn’t meant to be.

“I thought maybe Sunday would be a good day to take a walk on the beach and propose. And we ended up eating the Mexican food, and Astrid spent most of the time on the toilet,” Wendt recalls as they laugh. “She was in the bathroom every three minutes for the whole day. So I thought, maybe I’ll wait until I get home.”

Now, the pair are going to enjoy planning their wedding which they said will “definitely not” be televised. “I don’t even think it’s fully hit me yet that it’s actually happened,” Loch says. “I woke up this morning probably an hour beforehand and just stared at the ring and him just to make sure that it was real.”