Bachelorette’s Jordan Rodgers Denies He Has An Active Dating Profile

The Bachelorette’s Jordan Rodgers is accused of breaching his contract after a new allegation surfaced about his use of a dating app.

Recent reports say the former pro football player has an active account with Raya, a dating app he purchased through iTunes. As per the contract, contestants on the show are not allowed to have active dating profiles until the episodes have aired in order to avoid spoilers. Rodgers took to Twitter to address the claim in the hopes of setting the record straight. “Completely false,” he wrote. “[Account] inactive since Feb + completely cancelled exact [minute] [my] phone was returned [to] me in May – Fact check.”

His statement didn’t seem to quell the rumors though, so Rodgers decided to post a more detailed explanation. He posted a series of screenshots on Twitter, which he captioned: “To all who are reading these false rumors I hastily wrote this, please excuse grammar.”

“I had a Raya account through February,” he began. Rodgers then went on to explain how he was cast on the show. “Unlike every other contestant on this show who was flown [in] for final selection and [a] finalized spot on the show in January, I was never contacted nor was the show even on my radar until early March,” he wrote. “Just over a week before filming I was reached out to by a producer.”

“I did not sign or agree to do the show until March 12, the day before we reported to [Los Angeles] for filming,” he said. “My name was leaked before I ever gave a verbal [agreement] and in fact I said I would not do it, yet I was leaked anyway before agreeing.”

“Per contract, immediately after my filming on the show ends I cannot use these types of applications nor would I want to breach contract by doing so,” he argued. “I immediately deleted the profile as soon as I had access to do so. However the auto renewal had already been processed through the month of May and into June. Despite this I have not used this app, had it on my phone or accessed it in any capacity since my portion of filming was done. … Any photos attempting to prove otherwise are old screenshots from before filming.”

To drive home the point Rodgers reiterated, “These reports are false. I would not be dumb enough to breach my contract or do anything related to a dating app to give any insight to what may or may not have happened on the show.”

While Rodgers may have cleared up the issue regarding the dating app, he may have also accidentally revealed that he’s a contestant on the show’s finale. His mention of not having his phone until May seems to suggest that he was on the show until the end, as filming wrapped up at this time. 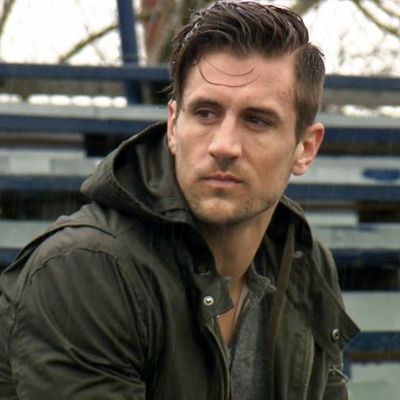