The Sherlock star, 38, announced in The Times newspaper of London that he is engaged to theater director Sophie Hunter. The news was confirmed by a spokeswoman for the actor.

Cumberbatch is a star and heartthrob among fans of Sherlock; he’s become something of a nerd girl’s George Clooney on the Internet. His fans, who call themselves the Cumberb—-es, took to Twitter to lament the fact that the actor is no longer single.

He’s also appeared in Star Trek Into Darkness and will reach an even wider fanbase with the lead role in the upcoming film, The Imitation Game, which hits theaters on November 28th.

Hunter, 36, is known for avant-garde productions such as a puppet version of Ernest Shackleton’s Antarctic expedition. She studied theater in Paris and New York and has also acted in films such as 2004’s Vanity Fair alongside Reese Witherspoon. She’s also directed several operas, including Mozart’s The Magic Flute and Benjamin Britten’s The Rape of Lucretia.

Cumberbatch and Hunter met on the set of Susan Luciani’s 2009 film Burlesque Fairytales. They’ve kept somewhat quiet about their relationship, but have been spotted out together at places such as a French Open tennis match back in June. 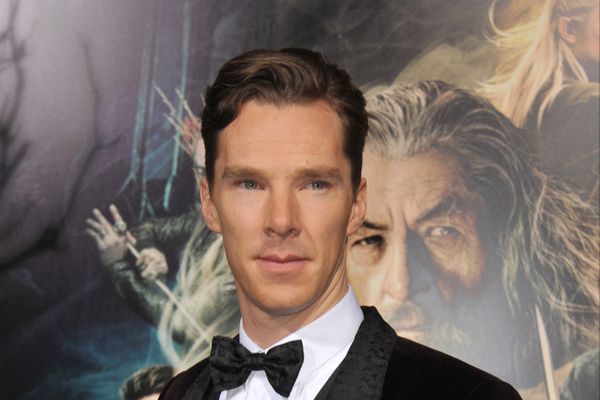