The off-screen Bachelor in Paradise drama just keeps on coming.

“I’ve got a big issue with the text messages,” he said. “What really crossed the line for me … he took private text messages between him and another girl who did not consent to him releasing these text messages and blasted them publicly for his 600,000 followers. Then it got picked up by news outlets, which then gets blasted out to millions more.”

He continued: “Publishing and publicizing private text messages without the consent of the other person, as a public figure, is one of the most disgraceful things I think he could possibly do. I think it’s almost equivalent to sharing someone’s nude [photos].”

“You never enter into a text conversation with anyone ever expecting them to screenshot and advertise them,” he said.

He then called out Blake for “slut-shaming” Caelynn. “It’s an obvious form of slut-shaming,” he said, referring to the messages in which Miller-Keyes expresses her sexual interest in Horstmann. “Now Caelynn’s parents and her sisters and her friends are going to have to see these messages. Again, it’s nonconsensual from her part.”

“There are a million ways that Blake could have gone about sharing his side of the story and the worst way of those million is by sharing those text messages,” he said. “The only reason he’s doing this is to make strangers like him more.”

Of course, Unglert has a special interest in the situation as it has already been reported that he and Caelynn Miller-Keyes have been dating since the end of paradise.

The drama between Horstmann and Miller-Keyes exploded after Horstmann quickly became BIP’s season six villain when it was revealed that he had slept with Caelynn and Kristina Schulman over the course of one weekend at the Stagecoach festival in April.

In response, to the allegations, Horstmann took to his Instagram to share text messages in an effort to clear his name. In the texts, he tries to dissuade Caelynn from coming to see him and she insists she only wants sex and nothing more from him.

Not long after Blake released the texts, Caelynn took to her social media with a lengthy response, revealing they both had different understandings of their relationship.

With Dean and Caelynn’s relationship already revealed, find out which couples break up, stay together, or get engaged this season! 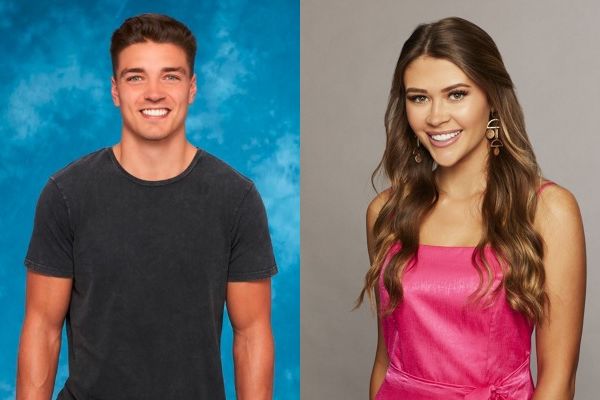