Blink-182’s Mark Hoppus has revealed that he has stage four “blood-related” cancer.

The 49-year-old shared during a recent Twitch live stream that he has stage 4 diffuse large B-cell lymphoma. When questioned by fans, Hoppus revealed that his cancer “isn’t bone-related” but rather “blood-related.”

The musician continued to reveal that he was initially diagnosed with the disease in late April and has since been undergoing chemotherapy treatments. At the time of the live stream, Hoppus shared that he had an upcoming medical appointment the next day to check whether the chemotherapy was working.

“If it is, I go back for at least three more rounds,” he said. “Ideally, I go in tomorrow and they say, ‘Congratulations, your chemotherapy has worked and you’re all done and you’ll never have to think about this cancer again for the rest of your life.'”

His outlook on the situation remained positive and he told fans that he will have to “look at other options” such as a bone marrow transplant if the treatment options don’t work. “We’re beating this cancer,” he reassured fans. “It’s just a matter of time.” 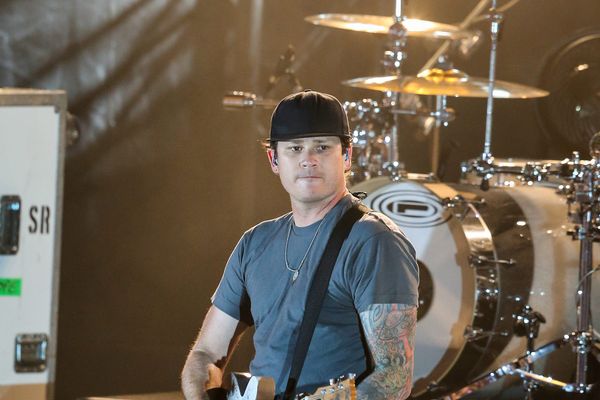