Rupert Evans has joined the cast of Bridgerton in a key role!

The Man in the High Castle actor will join the cast of the hit Netflix series for season two in the role of the late patriarch of the titular family, Edmund Bridgerton.

“Edmund is a loving and devoted husband, whose true love match with Violet Bridgerton gave them eight perfect children,” a recent press release for the show stated. “He’s also an endlessly patient and kind father, who takes special pride in guiding his eldest son Anthony through life.”

Fans will likely recognize Evans for his role in The Man in the High Castle as well as roles on the CW’s Charmed and in films American Pastoral and The Boy.

It was confirmed in February that Sex Education actress Simone Ashley had also joined the cast as Anthony’s love interest Kate Sharma. A press release at the time explained Kate as a “smart, headstrong young woman who suffers no fools — Anthony Bridgerton very much included.”

Jonathan Bailey’s Anthony Bridgerton will be the focus of season 2. The plotline will shift from focussing on the love story between Daphne and Simon to Anthony’s romance with Kate. It will be based on Julia Quinn’s novel The Viscount Who Loved Me. 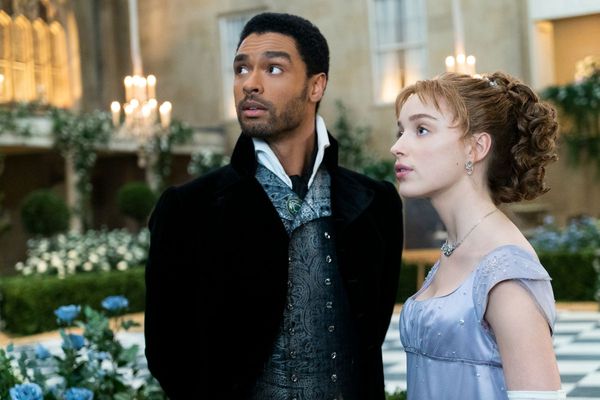