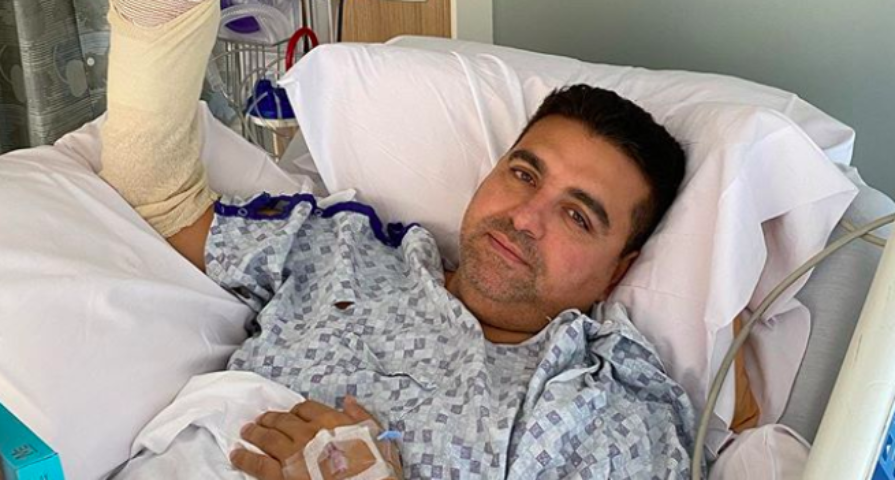 Cake Boss star Buddy Valastro is in the process of healing following a bowling accident at his family’s New Jersey residence on Sunday.

On Wednesday, Valastro shared a photo of himself lying in a hospital bed with his arm in a cast and an IV in his hand. “I was involved in a terrible accident a few days ago…,” he captioned the photo with a sad face. The star kept a positive attitude, however, and joked, “What do you think of my new accessory?”

A representative for Valastro shared that the accident happened while Valastro was spending “quality time” with his family at home, which is equipped with a bowling alley. “There was a malfunction with the bowling pinsetter, a common fix in the past, but it turned into a terrible accident,” they said.

“After trying to release the bowling pin from the cage mechanism, his right hand became lodged and compressed inside the unit,” they continued. “Unable to remove his hand, he can see a 1-1/2″ metal rod slowly and repeatedly impale his hand three times between his ring finger and middle finger.”

Valastro’s sons eventually had to use a reciprocating saw “to cut through the metal rod and relieve his father from the machine,” according to the rep.

Valastro has since had two surgeries and is currently recovering at home after being released from the hospital on Wednesday. “It will be an uphill battle as it’s Buddy’s dominant right hand and he will need prolonged recovery and therapy,” Valastro’s rep added.

I was involved in a terrible accident a few days ago… 😔 What do you think of my new accessory? #recoveryjourney #positivevibes #ironfist #cakeboss #buddyvalastro