Four of the stars from the iconic 1995 teen film Clueless were reunited over the weekend for the Chicago Comic & Entertainment Expo (C2E2) where they had fans reliving and loving memories of the film and where they also shared sweet memories of their late costar Brittany Murphy.

Alicia Silverstone , Paul Rudd, Donald Faison and Breckin Meyer were all in attendance for the expo and reunion and as they reminisced about filming they took some time to talk about Murphy who played Tai in the film but passed away suddenly in 2009 at the age of 32 as a result of pnemonia combined with anemia and “multiple drug intoxication” from prescription and over-the-counter medication as she tried to battle the illness.

“She was so incredibly talented,” Meyer, who played Tai’s love interest Travis, said. “Ridiculously talented. Like, you see [her in Clueless], and then you watch 8 Mile, and you’re like, ‘That’s the same person?’”

“She could sing, she could dance,” Faison, who played Murray, added.

“She was a sweet person, too,” recalled Rudd, who played Josh. “She was just always so smiley and sweet.”

Meanwhile Silverstone, who of course played Cher, said that she saw Murphy’s audition and knew that she had to get the part of Tai.

“That was incredible. I remember just being blown away by what she did in the room and thinking I had to tell [writer/director Amy Heckerling] just in case she didn’t know that Brittany Murphy was the one that had to play the part,” Silverstone said, joking, “I’m sure they figured that out on their own.”

“She was so good,” Silverstone continued. “I love when she says, ‘You’re a virgin who can’t drive.’ It’s just one of my favorite moments of the whole movie.”

The four stars also shared many pictures of the reunion on social media. “Such a sweet reunion last night at dinner with my pal #PaulRudd. I love this guy! I mean he ordered vegan for both of us….. Swoon One more day to go at #c2e2, hope to see u tomorrow!” Silverstone wrote alongside a photo of herself with Rudd.

She shared another of all four stars, writing, “So much fun hanging out with these boys today #paulrudd@donald_aison and @breckinmeyer! They had me laughing so hard on our panel. Such a great day at #c2e2.”

Faison shared the same photo but wrote, “Rollin’ with the homies… #clueless #PaulRudd.” While Meyer also shared the photo and wrote, “We. Have. No. Clue” while also hilariously tagging Rudd, who doesn’t have Instagram, as Chris Hemsworth instead. 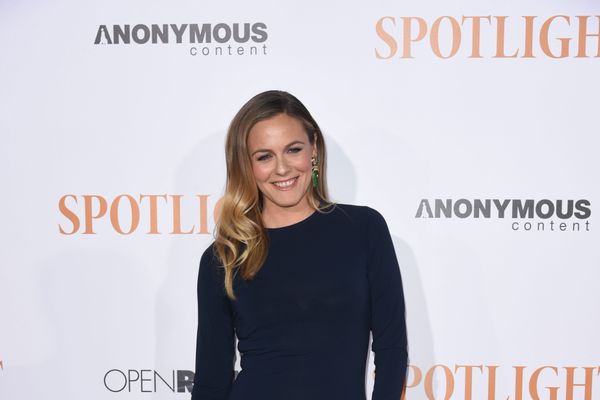