January 22, 2018 was an emotional day for many in Hollywood as the day marked 10 years since the tragic loss of beloved actor Heath Ledger at the age of only 28.

Many stars took to social media to honor and remember the late star, including Busy Philipps, who flew to be with her best friend and Ledger’s ex, Michelle Williams, on the difficult day. While heading to the airport, Philips shared an emotional Instagram story as she cried while a song by MGMT played. “I was just driving and I was thinking about my friend Heath, who died 10 years ago, and this song came on, ‘Time to Pretend,'” she said. “It came out after he had passed away and I remember when it came out, because I thought…it made me think of him. I just thought he would have liked this song. And for some reason, I just, every time I hear this song…it’s weird.” After she pumped up the volume, Busy wrote, “Just turn it up I guess?”

She later shared a photo of herself with Williams who closed her eyes and rested her head on Philips with the caption, “It’s ok.” The loss of Ledger has been difficult for Williams as she raises their daughter Matilda without him. “I really wanted, and I really expected or imagined, that Matilda would have siblings that were close to her age. I wanted that for her. But I couldn’t make that happen,” Michelle told GQ in 2012, adding, “You know, as hard as certain things have been for me, it’s been harder thinking about how things will be for her. I have a lot of things that she doesn’t, and some of what I have I can give to her—the memories that I have, the objects that I have, the physical reminders that I have, the stories.”

Actress Naomi Watts, who dated Ledger in the early 2000s, also took to Instagram to remember the star, writing, “Thinking about this beautiful soul today. 10 years ago he left this world,” Watts wrote on Monday. “He was a true original. Heart always on his sleeve, with the most powerful charisma, strength, humor and talent. I will never forget his gentle spirit.  #heathledger 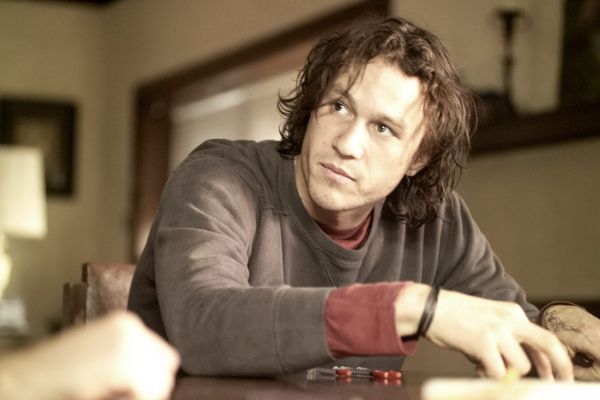