As the scandal surrounding One Tree Hill creator and showrunner Mark Schwahn unfolds, more and more of the beloved show’s former stars are offering their support.

As previously reported, many of One Tree Hill‘s former female cast and crew came together in a truly inspiring move to release a letter explaining what they experienced while on Schwahn’s set. Following the release of the letter and as so many One Tree Hill women have spoken up, many of their former male co-stars have also offered their support.

James Lafferty who portrayed Nathan Scott posted a passionate note on Twitter, stating he stands with all of the OTH women while Lee Norris who starred as Marvin “Mouth” McFadden also shared a note of support. Now, Chad Michael Murray who played the lead of Lucas Scott for six seasons of the show has spoken out with his statement of support released through Entertainment Weekly.

Murray’s statement reads: “The women of OTH have always been strong and incredible. Today they’ve made us all even more proud by standing as a beacon of what is right, and continuing to lead & change the atmosphere of society. This affects all avenues of life, from our day to day activities in passing to each and every single work place. Respect and love must lead the way.

A new frontier has arrived & it’s an honor to see all women stand up to the opposition that has caused so much pain. Equal rights & equal treatment isn’t an option, it is mandatory. Equality, safety and respect for all is the goal.

I stand with all the those who have suffered & pray that this evil will meet its demise in the strength of this movement. OTH Women- I’m so dang proud of you.”

Many other former One Tree Hill stars have also given their support including, Austin Nichols, Bryan Greenberg, Antwon Tanner and Stephen Colletti.

The scandal erupted after former One Tree Hill writer Audrey Wauchope took to her Twitter account to expose Schwahn for his sexual misconduct and inappropriate behavior while on set of the teen drama which ran for nine seasons.

For everything you need to know about the scandal including all of the One Tree Hill stars who have spoken out, check out these 9 revelations. 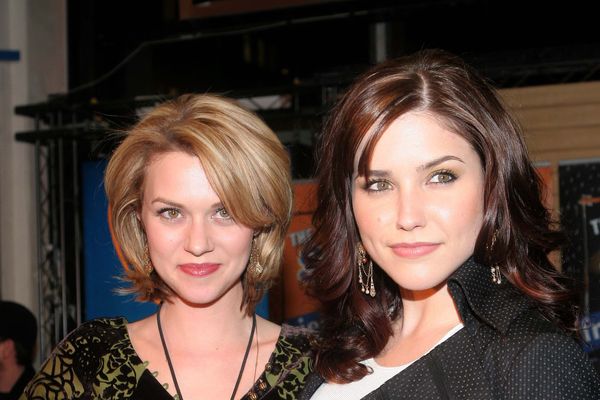