Charlize Theron is putting a stop to all rumors about her recent split with Sean Penn. Soon after the couple announced their break up, there were rumors floated around that the actress “ghosted” Penn, meaning that she completely cut off all communication with him. Theron has now come forward and said all reports of this are untrue.

The Huntsman: Winter’s War actress opened up about their relationship and the break up during an interview with WSJ Magazine. She revealed that people are constantly trying to make something out of nothing when sometimes that’s not the case. “There is this need to sensationalize things. When you leave a relationship there has to be some f–king crazy story or some crazy drama. And f–king ghosting thing, like literally I still don’t even know what that is.” She fought back tears when discussing the subject and added, “It’s just its own beast. We were in a relationship and then it didn’t work anymore. And we both decided to separate. That’s it.”

Theron, 40, and Penn, 55, were involved in a serious relationship for nearly 3 years dating back to 2013. In the interview, Theron even opened up about the adoption of her daughter August and said Penn knew about her plans to adopt her second child merely two months after their break up and it was never going to be a joint process, she was always going to adopt on her own. “When you’re with somebody and it comes to kids, you can’t bullsh-t. And so I was always very honest with Sean that I wanted to have more kids. And he was very supportive.”

Not only did she shut down rumors of “ghosting” or co-adoption in their relationship, she also dismissed reports that Penn was considering adopting her four-year-old son, Jackson. “It’s not something that happens in 18 months. You can’t do that to a child.” Theron said she did her best when it came to raising her son as a single working mother and protecting him from the ups and downs of her relationship with Penn. “So there was an understanding that I was a single mom with a very young boy who I had to put in a situation where he understood that ‘mommy’ dates but that he does not have a father, you know what I mean? You have to be very careful and honest about that stuff. And Sean was great with all of that.”

Amid all the reports and rumors, it seems that Theron and Penn have both moved on since the split and the couple even reunited last July, merely six weeks after their break up to film reshoots of their movie The Last Face. 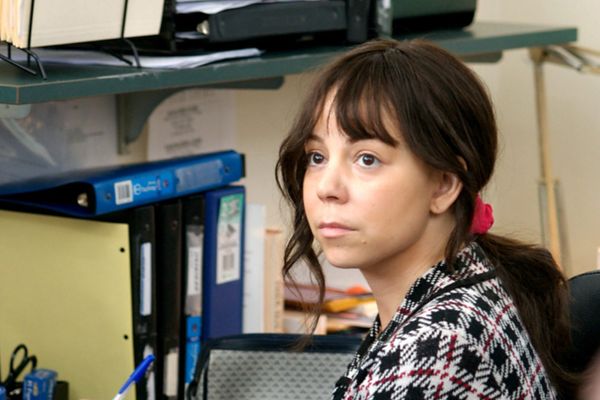