Steve Martin played the role in the 1986 movie which was based on a 1960 Roger Corman film. Scrivello is the deranged boyfriend of Audrey, who gets a thrill from delivering pain to his patients.

The Little Shop of Horrors follows florist Seymour, who finds his life suddenly turned upside down when he cultivates a carnivorous plant that demands to be fed blood and human flesh. Seymour’s life spirals into murderous territory when the plant, Audrey II, offers him a path to longtime crush Audrey and a way to save her from insane boyfriend, Orin Scrivello.

Evans is the latest in a list of notable names to circle the Berlanti-helmed movie adaption. The Hollywood Reporter reported that along with Evans, Scarlett Johansson and Taron Egerton have also been approached and are in talks of portraying Audrey and Seymour, respectively. The same outlet also reported that Billy Porter has signed on to voice Audrey II.

On Monday, February 24, Evans retweeted  The Hollywood Reporter‘s tweet, referring to his casting negotiations, with a simple caption of a tooth emoji and exclamation point.

In a March 2019 The Hollywood Reporter profile, Evans has previously discussed his experiences growing up and doing musical theatre, even expressing interest in the role of the Dentist in The Little Shop of Horrors. “I want to do a musical so badly, man. Someone told me they’re [remaking] Little Shop of Horrors and I was like, ‘Oh, can I be down? Please? Can I be the dentist?’” he said at the time. 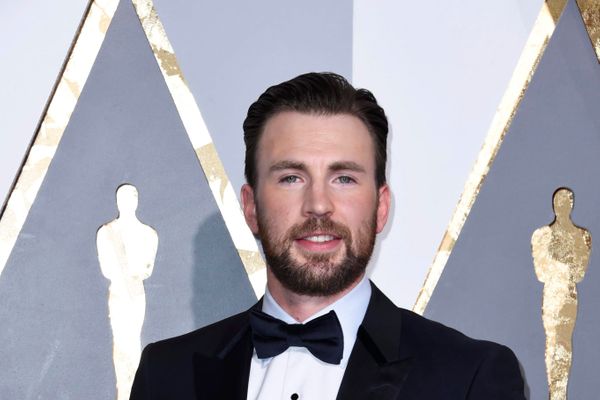