It’s no secret that Thor: The Dark World has become a huge financial success. As of today, it’s crossed $600 million at the worldwide box office, pulling in nearly $200 million in the U.S. alone.

But what HAS been a secret until now is that Natalie Portman, who plays Jane Foster, wasn’t actually the person Chris Hemsworth kissed in the film’s big, romantic love scene.

When it was time to film the steamy moment, Natalie had already begun working on another movie.  So instead of using a stand-in, the director and producers decided to bring in someone from Chris’ real off-screen life. Check out the video to see who can officially say she’s a lip stand-in!

Chris, 30, who has a 19 month-old daughter and another baby on the way, has said that being with his family is the most important thing to him. He’s also said that having a family actually makes acting easier for him; he’s able to stay motivated and doesn’t feel so wound up or anxious when he arrives on a film set.

He’ll certainly need motivation for the slate of films he’s got coming up. Cyber has been filmed and is in post-production; In The Heart of the Sea is filming; The Avengers: Age of Ultron is in pre-production; Snow White and the  Hunstman 2 is in the early stages.

Check out which lucky lady got to lock lips with Chris in the video below: 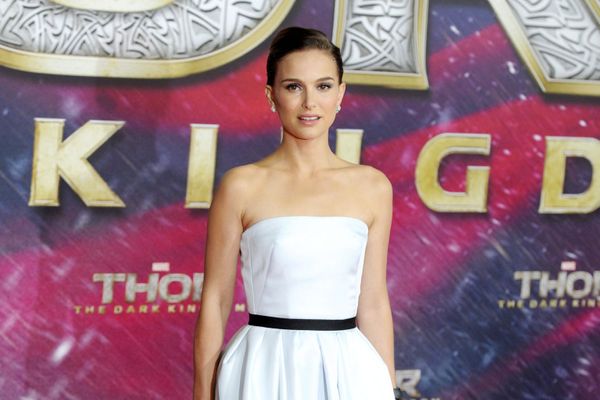