Chris Noth has been cut from the upcoming season finale for And Just Like That… amid the recent sexual assault allegations against him.

Fans that have been watching the Sex and the City revival will recall that Noth’s character, “Mr. Big” Preston, previously passed in a tragic accident in the premiere episode. According to TV Line, the character was supposed to make a brief cameo alongside Sarah Jessica Parker in the final episode of the season, but the footage “will not make it to air.” HBO Max has not commented on the situation.

In October, Parker had been spotted in Paris filming with Noth, so fans anticipated that he would make another appearance in the revival after his passing. The two were photographed filming on the Passerelle des Arts, which is a bridge that crosses over the River Seine.

Shortly after the premiere episode of And Just Like That…, multiple women spoke up about sexual assault allegations against Noth. All three women shared similar accounts of their experience, but Noth denied the claims, revealing that all interactions were “consensual.”

“The accusations against me made by individuals I met years, even decades, ago are categorically false,” he said in a previous statement. “These stories could’ve been from 30 years ago or 30 days ago — no always means no — that is a line I did not cross. It’s difficult not to question the timing of these stories coming out. I don’t know for certain why they are surfacing now, but I do know this: I did not assault these women.”

New episodes of And Just Like That… premiere Thursdays on HBO Max. 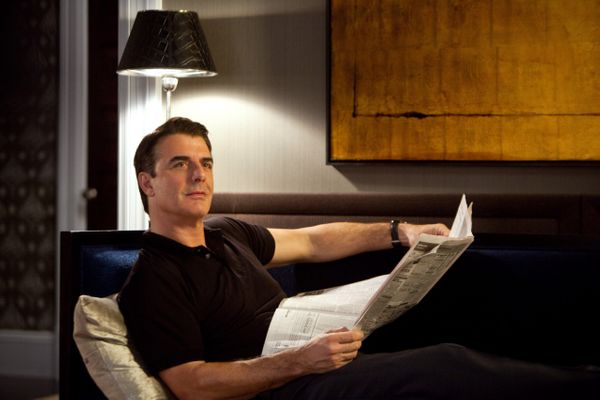 Sex And The City Quiz: How Well Do You Know Big?