Christian Keyes will join the cast of The Young And The Restless (Y&R) this February, according to Soap Opera Digest. The actor will portray Ripley Turner, Amanda Sinclair’s (Mishael Morgan) former fiancé.

Viewers know Amanda has a restraining order out against Ripley. She told Billy Abbott (Jason Thompson), in one of their chats, that she used to think her ex was her soulmate. She thought she knew Ripley well. To her, he was an attractive and charismatic man. But unfortunately, as she got to know him better, he turned out to be very different than what she had first thought, and he began to control her every move.

On the flip side, Devon Hamilton (Bryton James) recently discovered, thanks to a dossier on Amanda given to him by Victor Newman (Eric Braeden), that Ripley also has a restraining order against Amanda.

This will be Keyes’ first stint acting on a soap. He has appeared on many shows in the past, including DC’s Legends Of Tomorrow, 9-11, Supernatural, Saints & Sinners, In Contempt, The Family Business, Let’s Stay Together, Instant Mom, Mistresses and The Boys.

Keyes’ first appearance on the Y&R is scheduled for February 5. But with the recent preemptions due to the ongoing impeachment trial in the U.S., his debut will likely get pushed to mid-February.

How will Amanda feel when her controlling ex shows up in Genoa City and what kind of havoc will he cause? Stay tuned to Y&R to find out! 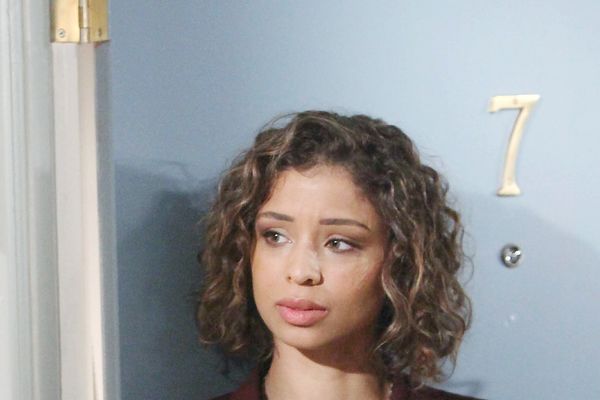