On Wednesday, July 29, Christopher Meloni sat down with the women of The Talk to chat about his upcoming Law & Order spinoff series, and confirmed that Mariska Hargitay will be making a cameo on the series meaning Stabler and Benson will be together once again.

When Sharon Osbourne asked the 59-year-old actor if Hargitay would be involved at all as Olivia Benson, Meloni confirmed, “Oh yeah!”

“How much? I don’t know, because I hear she has her own day job,” he added. “I think whatever we can slice away, whatever the writers come up with. I think we will both be looking forward to playing with each other in each other’s sandbox.”

Of course, Meloni and Hargitay starred together on Law & Order: SVU for 12 seasons before Meloni’s departure which disappointed many fans.

Earlier this year, fans were shocked to learn that Meloni had signed on to star in his very own spinoff and star again as Elliot Stabler after nine years since his sudden departure from SVU.

The spinoff has been titled Law & Order: Organized Crime and will follow Stabler as he leads the organized crime division of the NYPD, and has already been given the green light for 13 episodes.

After his exit in 2011’s season 12 finale, the series had Stabler retire from the police force and now Meloni is saying his character is a changed man. “There are a lot of unanswered questions about how he left, why the silence vis-à-vis Olivia Benson,” he continued. “I think, in real terms, society, and what we are dealing with in society, has changed dramatically. So, I think you have to address that. And, I think the person Elliot was, I think we all evolve. I think all those things are going to be put into play.”

In addition to Hargitay’s cameo on the spinoff, it has also been confirmed that Meloni will appear on SVU again before the spinoff series starts.

“It’s pretty clear that Elliot will be in the SVU season opener,” SVU showrunner Warren Leight said. “I think that much I know. Whether we get to see his family as well remains to be seen.”

He added, “It’s not just about the SVU season opener, it’s how do we help launch the new series and how much crossover will there be between Elliot and Olivia as the season goes on.” 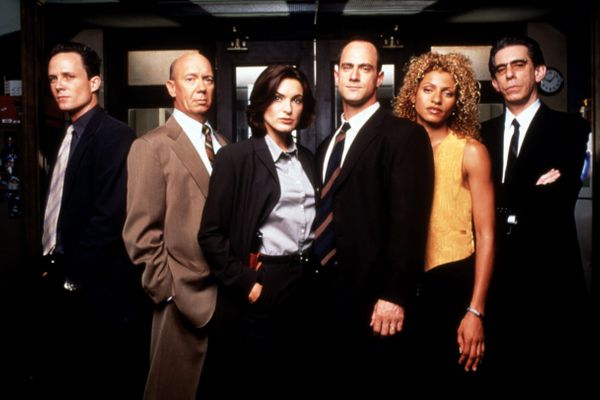