The 2020 CMT Awards show is the latest live event to be postponed amid the ongoing public health and safety concerns sweeping the world.

This year’s CMT Awards were scheduled for June 3, the annual awards show ceremony will now be held on October 14. In addition to the live event being postponed, this year’s nominations and host have not yet been announced, though the show typically brings out country’s biggest stars, including the likes of Carrie Underwood, Maren Morris and Luke Bryan, who were in attendance last year.

“The 2020 CMT Music Awards, originally slated for June 3, 2020, will move to Wednesday, October 14, 2020. Our top priority this last month has been rebuilding our hometown of Nashville following the tornado and ensuring the safety of our fans, employees, artists and partners during … [this] crisis,” the network said in a statement regarding the postponement.

The statement continued, “As we look forward to celebrating country music’s biggest stars together with our community and viewers, we will continue to follow the guidance of the CDC and local public health officials.”

On March 30, CMT executive Leslie Fram told the Hollywood Reported that they were in talks “about rescheduling” as they continued to monitor the situation “closely.”

“We’re continuing to have calls every day as if we’re moving forward — calls about talent, host ideas, nomination research,” Fram said. “We’re all sort of taking this month by month.”

When asked about her dream celebrity guests to be a part of the show, the exec said it would have to be “an out-of-genre artist” since “every country artist has done the CMT Music Awards.”

“I would love to have Justin Timberlake,” she said. “He really honors Nashville, he has an office here, he loves Nashville songwriters. So, I would say Justin Timberlake or Ed Sheeran. Or Adele. I think that she has one of the best voices and spirits ever and does things on her own terms.”

The decision to reschedule the 2020 CMT Awards comes just a few days after the Country Music Association canceled the 2020 CMA Fest, which was scheduled to begin on June 4, a day after the CMT Awards’ original show date.

“After careful deliberation, and in following the latest guidance from national, state and local authorities, we are sad to announce that CMA Fest will not take place in 2020,” the Country Music Association said in a statement on March 31. “Whether you planned to attend CMA Fest for the first time, or you have attended many times throughout the last 48 years, we know how special this festival is for Country Music fans around the globe and that many will be disappointed by this decision … We cannot in good conscience risk the health and wellbeing of our fans, artists, staff and Country Music community.” 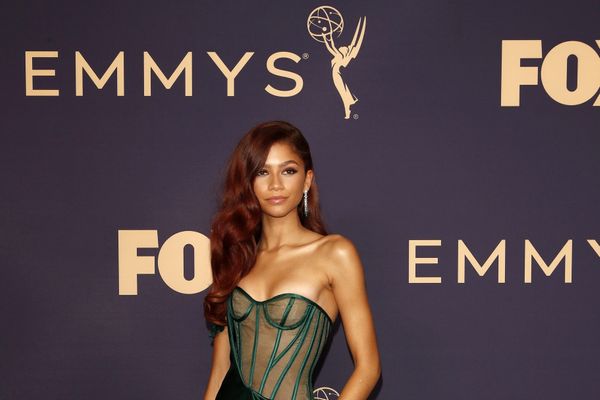