Cush Jumbo Exits ‘The Good Fight’ Ahead Of Season 5

The Good Fight has lost another one of its original stars. Cush Jumbo, who played Lucca Quin, is exiting the CBS legal drama ahead of its fifth season.

The actress started portraying Lucca in the final season of The Good Wife before moving on to the spin-off once the former series ended.

The Good Fight co-creators Michelle and Robert King hoped to tie up all the loose ends in Lucca’s storyline in the recently-concluded fourth season, but that ended up not being possible due to the ongoing public health crisis that forced the show to shut down before it could finish shooting the season. So, the seventh episode of season 4, which aired on Thursday, May 28, became The Good Fight‘s season finale. Jumbo and the show’s creators hope they will be able to put a period on Lucca’s storyline in season 5.

“I have had the most amazing time over the last five years working with Robert, Michelle and the crews of both The Good Wife and The Good Fight,” said Jumbo in a statement obtained by Entertainment Weekly. “I will miss them all so much, but am so excited to explore pastures new. Due to the pandemic forcing us to shut down early we weren’t able to wrap up Lucca’s story fully and so I hope if schedules allow I can return next season to do that.”

“We’ve loved every moment of working with Cush for the last five years and everyone in The Good Fight universe will miss her terribly,” said the Kings in a statement. “Given the pandemic-forced premature ending of Season 4, it’s our hope that Cush will be able to return when we resume filming Season 5 in order to give Lucca a proper send-off.”

Sadly, Jumbo isn’t the only original cast member who won’t be returning as a series regular next season. Delroy Lindo, who portrayed Adrian Boseman, was also planning to exit the series at the end of the fourth season. The co-creators told TVLine that they hoped to have Lindo back for season 5 to wrap-up Adrian’s story. 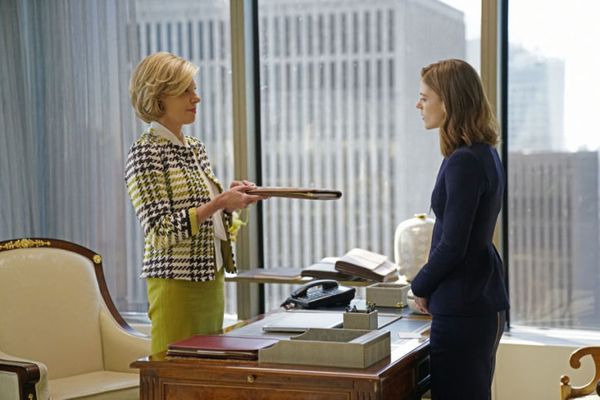