According to Forbes, Dwayne “The Rock” Johnson, is the top grossing actor of 2013. The Rock has bumped perennial favorite, Robert Downey Jr. out of the top-spot!

All total, Johnson’s films brought in a cool $1.3 Billion box office bucks. To make that look a little more impressive: $1,300,000,000.00. Sure, these were all team efforts destined for box office success, but there’s no denying The Rock, who is at the top of his game.

It was a good year for Johnson. He did some comedy, some action, some wrestlin’ and somehow managed to get even bigger than he already was. “The Rock” has always been a fitting nickname for the former football star turned wrestler, but who knew he was trying to take down Gibraltar in the process?

Up next for The Rock is the action-epic Hercules, in which he will  play the iconic, titular character. The film was directed by Brett Ratner, and it’s promising to be another box office hammer. You can catch that one in theaters July 25, 2014. It’ll be interesting to gauge the success of this film, as The Legend of Hercules opens in January of 2014, starring Kellen Lutz. It’s only appropriate that The Rock would have some solid competition, and here’s to a healthy dose of media comparison.

For the foreseeable future, fans should get ready to smell what The Rock is cookin’. Johnson has nearly 20 films lined up over the next two years, many of which he’s starring in, as well as producing. This news is delicious for those who love explosions and serious butt-kicking on the silver screen.

For more info. about the Forbes top-grossing list, check out the video: 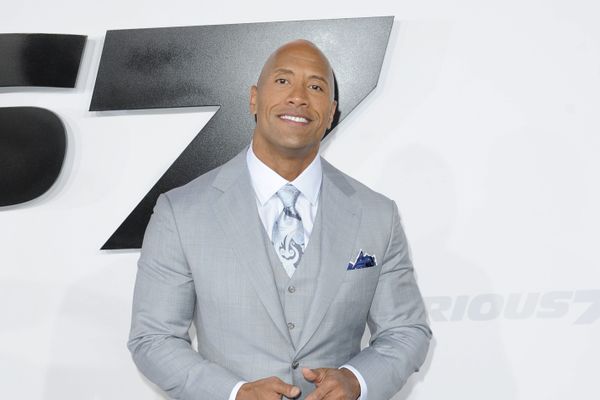