It seems every time a studio wants to make a blockbuster these days, they hire Dwayne Johnson. The actor and former athlete, who was known as The Rock for years, has had one of the most, if not the most, successful transition from mainstream athlete to Hollywood superstar. From a troubled youngster to a college football player to a wrestling phenom to one of the highest paid actors in Hollywood, it seems Johnson has it all and has done it all. He is beloved by fans, and is one of the most approachable and welcoming celebrities out there. It is really hard not to love Dwayne Johnson, and there is just so much to know about him! Check it out:

Dwayne Douglas Johnson was born on May 2, 1972 in Hayward, California to Ata and Rocky Johnson. His father was a professional wrestler as was his maternal grandfather. His father — who is Canadian — is a descendent of Black Loyalists who emigrated to Nova Scotia during the American Revolutionary War and his mother is of Samoan descent. Johnson grew up mainly in Hawaii and although he had troubles as a teenager in school, things changed when the family moved to Pennsylvania where he began playing football. This lead to a full scholarship to the University of Miami; however, a serious knee injury kept him from ever entering the NFL, although he was signed to the CFL team the Calgary Stampeders in 1995, but was cut from the roster two months in, ending his football career.

Johnson is very open about his struggles as a teenager and falling into a dangerous lifestyle, a lot of which was due to his size. When he was in high school, Johnson found it hard to make friends because at 6’4″ and 225 lbs he was constantly avoided because many thought he was an undercover cop. By the time he was 16, Johnson had already been enrolled in four high schools because he continuously got expelled. As a teenager, he was also in a gang which targeted Hawaii tourists and robbed them; this led to him getting arrested nine times before he was 17. “There are a lot of tourists that come into Waikiki and there’s a lot of money. A lot of foreign money that comes in, and we were part of a theft ring that would target those groups. We would target the money, we would target the high-end clothes and we would target the jewellery – turn around and sell it, best we could.”

Ah remembering the faces of all my high school girlfriends’ parents meeting me for the first time. #6Foot4 #240lbs #DeepVoice #CreepyPornStache

It may seem that Dwayne Johnson is everyone’s first choice when casting these days, but one role he was considered for seems especially out of character, and surprising for him. It is rumored that Johnson was actually director Tim Burton’s second choice for the role of Willy Wonka in 2005’s Charlie and the Chocolate Factory had Johnny Depp turned down the role. He has also said he would like to take on the role of a James Bond villain because his grandfather Peter Fanene Maivia appeared as a Bond villain in 1967’s You Only Live Twice. 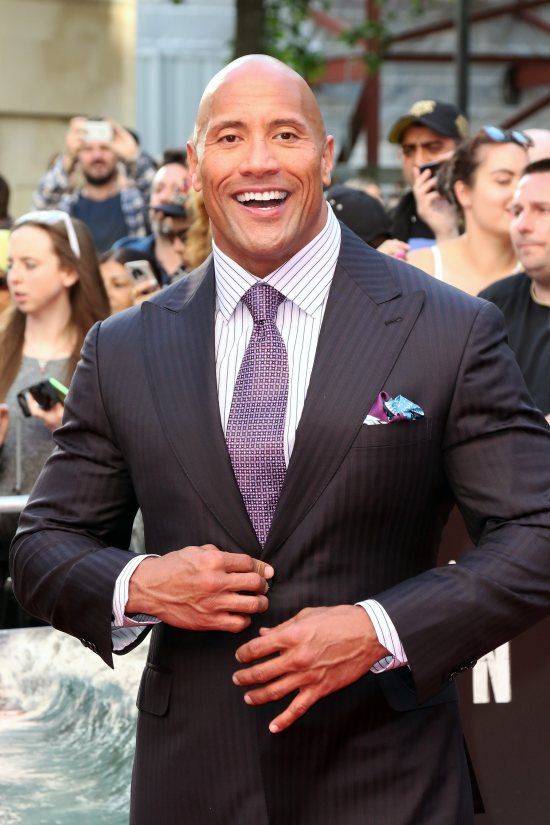 Years ago, Johnson was offered a deal with Dunkin’ Donuts, which would have included getting a donut named after him. He turned it down, however, because he thought it would make him appear “big-headed.” 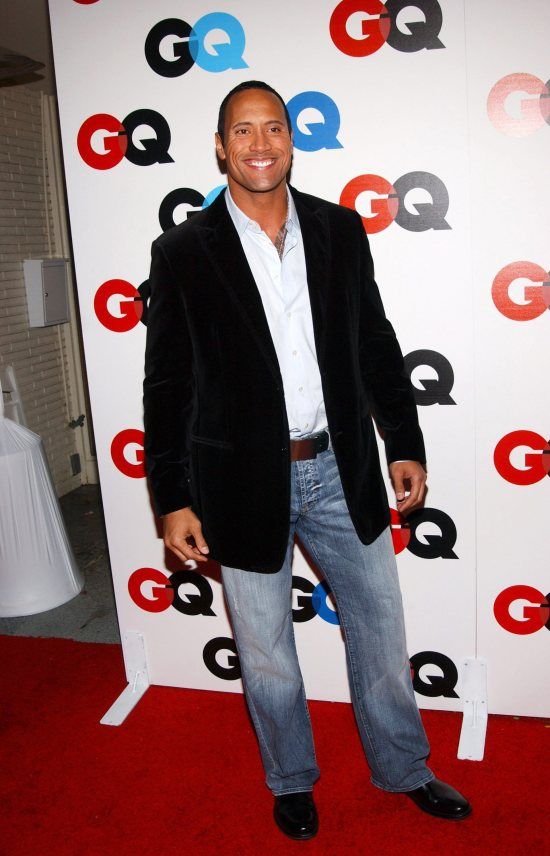 Before his movie roles, Johnson first appeared in several TV series, however many of them still had him portraying a wrestler, but it was his first foray into the entertainment industry not directly attached to the WWF/WWE. His very first real acting role was in 1999 on an episode of That ’70s Show called “That Wrestling Show.” Instead of portraying himself, he portrayed his father, Rocky Johnson, who was a popular wrestler in the ’70s. He then went on to appear in an episode of The Net and then in 2000 was in an episode of Star Trek: Voyager as an alien wrestler who defeats Seven of Nine. These were all just brief glimpses at the sort of acting talent he really had.

The Rock was one of the most engaging athletes in the world of professional wrestling and, after being a major draw for fans in the ring, he has been an even bigger draw at the box office. With so much talent and a genuine love for his fanbase, there seems to be no limit to Johnson’s success… or his bank account. After many, many lucrative film contracts and a prior wrestling career, Dwayne Johnson is now worth an estimated and incredible $160 million. 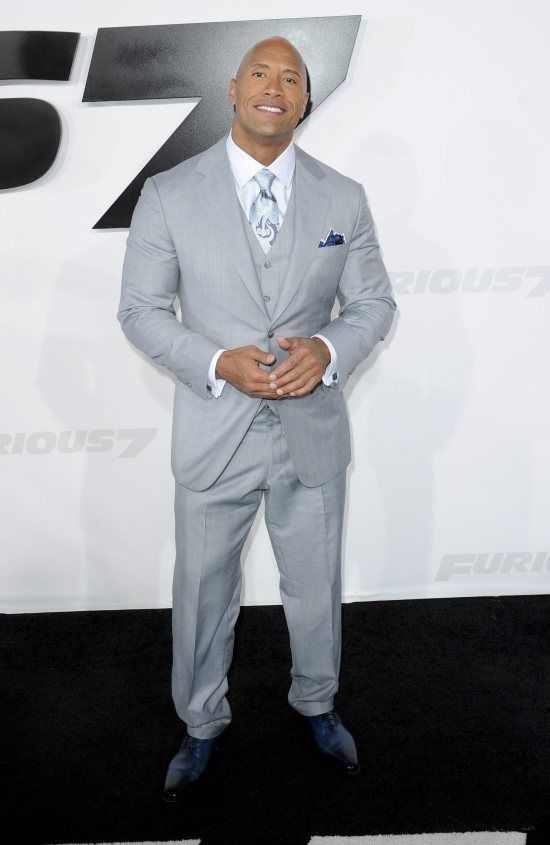 While his net worth is absolutely astounding now as one of the most sought after leading men in the industry, back in 2002, Dwayne Johnson set a record for a pay day. For The Scorpion King, his $5.5 million paycheck set the record for the highest any actor has been paid for their first starring role. 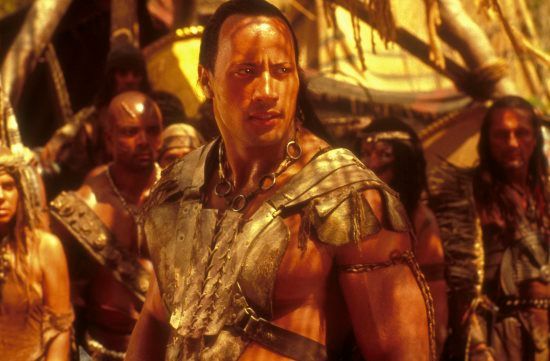 For as big of a Hollywood personality that he is, Johnson is pretty spectacular about keeping his personal life to himself. He is very active on social media and very open with fans, but for a longtime many didn’t even really know who his current girlfriend is or how long they had been dating. Back in 1997, a day after his 25th birthday, Johnson married Dany Garcia, who he met while attending the University of Miami. The two welcomed a daughter Simone Alexandra in August, 2001, but in 2007 announced they were amicably divorcing. Not long after, Johnson began dating Lauren Hashian who he had met in 2006 on a film set, and prompted rumors he left Garcia for Hashian. Most of the time in their relationship, Johnson walked red carpets alone and she was rarely present on his social media and many forgot about the couple until September 2015 when he announced they were expecting a baby. They welcomed daughter Jasmine on December 16, 2015. 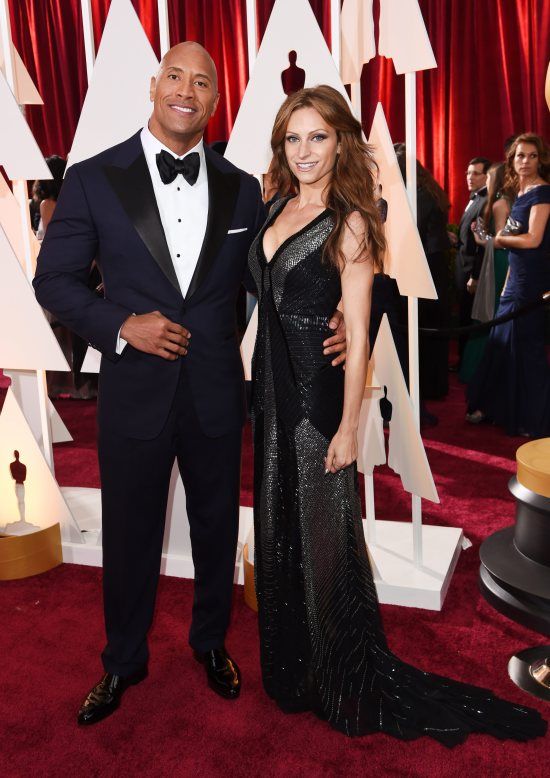 In 2000, The Rock appeared on Saturday Night Live and that was what officially begun his Hollywood career because both audiences and those within the industry realized he had true talent. Lorne Michaels stated, “He has a wonderful sense of timing, he has an innate theatricality and because he projects strength, the audience kind of relaxes with him. He could do nuance, he could do subtle, he could do big and broad.” Also before his big-time career, The Rock appeared on Martha Stewart Living in 1999 in which he shared what he needs in a day and Martha baked his favorite chocolate chip cookie cake. 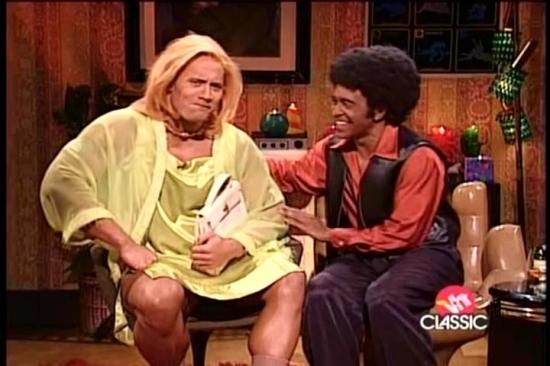 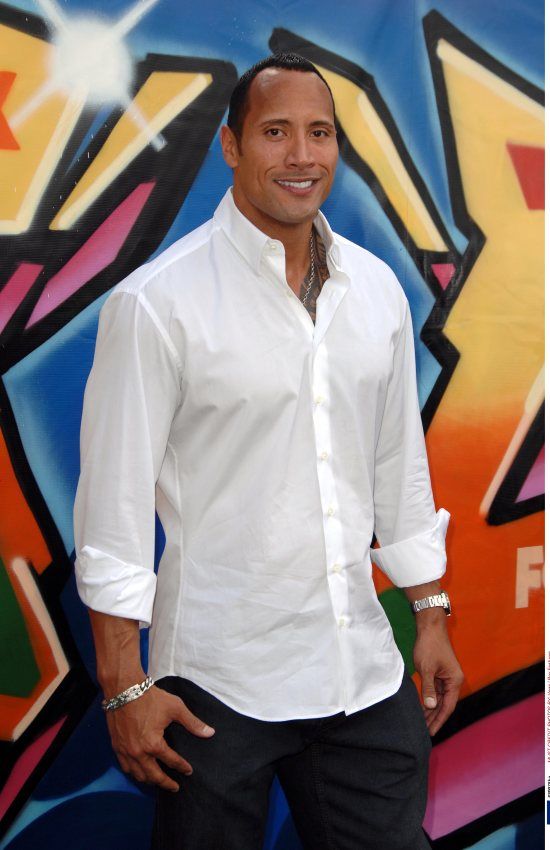 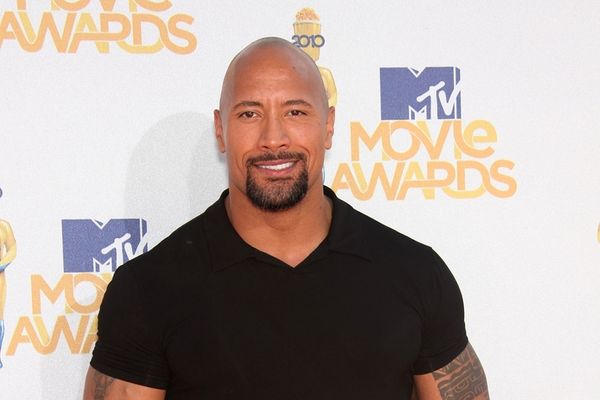