Dancing with the Stars pro’s Maksim and Peta Murgatroyd welcomed son Shai into the world just 13 months ago and the duo already can’t wait to have more children!

The couple, who wed in July, love being parents and have already discussed expanding their little family in the near future. “I can’t wait for more,” Chmerkovskiy admitted. While Peta agreed she wants more children, she also said that there’s definitely going to be a limit. “He would have a baby every year if he could! That means I would be constantly fat. I think three is a good number,” she joked.

“Maybe in a year it would be nice,” she said of the possibility of a second baby. “They would still be close in age.” Peta also shared that she would love the second to be a girl, “I just love Shai so much, I don’t know how I would share that with another boy.”

Although babies are definitely on the brain, this duo has been quite occupied recently while traveling the country for their dance tour and they’re set to get ready for the second leg of the tour launching March 19. “Looking back at that first year of his life, he’s traveled quite a bit,” Chmerkovskiy said of Shai who has tagged along for the ride.

As for now, the duo admitted that they’re enjoying the little things. “I love seeing him grow, and all the changes,” Peta revealed. “Honestly, it sounds corny, but it’s the amount of love that they give you when you come home or when you wake up in the morning to this huge grin and cuddles.” 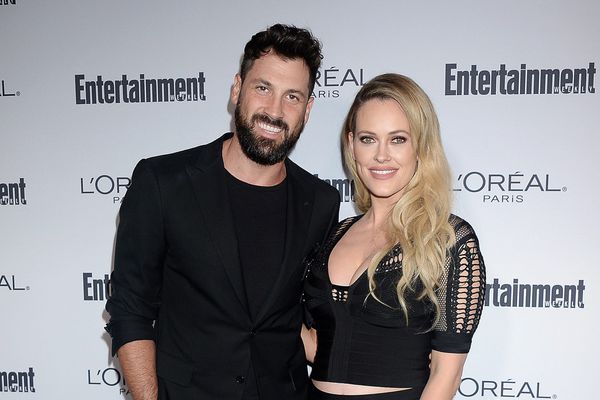