If anyone thought that former Fresh Prince of Bel-Air actress Janet Hubert was finished airing her grievances about the show and her former co-stars, they were very wrong.

On Tuesday March 28, the actress, who originally played Aunt Vivian until she was abruptly fired in 1993 and replaced with Daphne Reid, took to her Facebook page to rant about a photo Alfonso Ribeiro (Carlton) posted showing much of the show’s cast back together at a recent reunion.

“I know the media hoe Alfonso Ribero has posted his so called reunion photo. Folks keep telling me about it. He was always the ass wipe for Will. There will never be a true reunion of the Fresh Prince. I have no interest in seeing any of these people on that kind of level,” the 61-year-old wrote.

“I am not offended in the least, by this photo…It was an event for Karen’s charity. It does however prompt me to take some meetings in Hollywood to pitch my memoir PERFECTION IS NOT A SITCOM MOM, and tell the behind the scenes story before I leave this earth.”

The reunion photo was post by Ribeiro on Monday, featuring himself, Tatyana Ali (Ashley), Karyn Parsons (Hilary), Will Smith, Daphne Reid, and Joseph Marcell (Geoffrey Butler). Ribeiro posted the photo along with the caption, “Always amazing to spend an afternoon with my Fresh Prince family. Wishing that James Avery was still with us to make this complete.”

Early in 2016, Hubert’s issues with Will Smith and her treatment on the set of Fresh Prince of Bel-Air were brought up when she slammed Will Smith and his wife Jada Pinkett Smith for boycotting the Oscars.

Always amazing to spend an afternoon with my Fresh Prince family. Wishing that James Avery was still with us to make this complete. 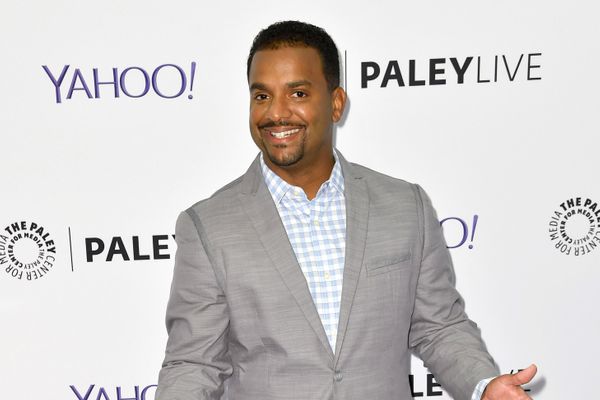