Now, this is a story all about how a few actors lives got flipped-turned upside down and we’d like to take a minute just sit right there, we’ll tell you how the actors became wealthy on a show called The Fresh Prince of Bel-Air. (Are you singing along to the theme? Nice!) The characters on the show certainly weren’t hurting for funds in their Bel-Air mansion complete with a full-time “butler” (who in fact did everything around the house) and in real life the actors are now sitting pretty on fortunes of their own, some larger than others. Yeah, that’s right, the Fresh Prince himself is super-duper rich now. But can you guess just how much he has? Check out the list below to find out what the stars of The Fresh Prince of Bel-Air are worth now.

Estimated Net Worth: $8.5 million. DJ Jazzy Jeff had to pull out all of his acting chops to turn himself into…Jazz. Okay, so maybe it wasn’t much of a stretch for the long-time friend of the Fresh Prince himself, but the beloved quirky character popped in on the show’s characters enough to make him a regular favorite of fans. What’s he been doing since the show ended? Well, he’s still making music. In 2015, he he performed the scratch overdubs for the film, Straight Out of Compton. But it doesn’t look like he needs to work another day in his life. He’s worth an estimated $8.5 million!

Estimated Net Worth: $1.5 million. You may not think working as a butler will make you a fortune, but Joseph Marcell did fine for himself playing Geoffrey (last name, um, Butler). Attending to the every need of the Banks family, Geoffrey was the loyal, straight-talking member of the group and earned his fair share of the laughs during the show’s six season run. After The Fresh Prince of Bel-Air ended, Joseph moved on to roles on The Bold and the Beautiful and Eastenders among others, which has resulted in an estimated personal fortune of $1.5 million.

Estimated Net Worth: $500 Thousand. Janet Hubert played the original Vivian Banks on Fresh Prince of Bel Air from 1990 until the end of the show’s third season in 1993. She was reportedly fired from the show for breach of contract when she became pregnant; however, Will Smith since has said that there were difficulties with her long before she was fired. Since leaving the sitcom, she hasn’t had a main cast role on any shows. She appeared in several episodes of The Job and One Life to Live, but not much else. She’s only worth an estimated $500,000.

Estimated Net Worth: $2 Million. Daphne Reid is best known for her role as Vivian Banks, which she held from 1993 until 1996. Since the show ended, she’s guest starred in several shows, including In the House, Linc’s and Crossing Jordan. She also had a recurring role on Eve as JT’s mother, Frances Hunter, and portrayed Juanita Lawrence on the BET sitcom Let’s Stay Together. She hasn’t been in anything since 2011, but she’s still doing quite well for herself with a reported net worth of $2 million!

Estimated Net Worth: $3 million. James Avery was a small screen staple, appearing in pretty much any show you can think of from 1980 right up until he passed away on December 31, 2013. He’s most known as the lovable Uncle Phil and the strict-yet-supportive father-figure to Will Smith’s Fresh Prince. When he passed away, James Avery was worth an estimated $3 million.

Estimated Net Worth: $3 million. As the youngest of the Banks’ kids, Ashley adored her older cousin Will and was just as loved by her Fresh Prince cousin. Played by Tatyana Ali, it wasn’t the first role for the young actress who had already racked up her fair share of credits including five years on Sesame Street. When The Fresh Prince of Bel-Air ended, Tatyana continued to pick up small parts in roles on both television and movies until landing a part as Roxanne on The Young and the Restless from 2007 until 2013. Tatyana is still very active in the scene which has helped her earn an estimated $3 million.

Estimated Net Worth: $1.5 million. Karyn Parsons played the eldest Banks child, Hilary, who was everything one might stereotypically expect from a Bel-Air gal. Snobby and always decked-out in the most fashionable outfits, Hilary was hilarious and a great opposite for Will Smith to play off. Karyn, like most of the cast, stayed from the beginning of the show’s run right up until the end. Since the show, she’s grabbed roles here and there, but has failed to nab a role that would be as recognizable as her signature Hilary Banks. Lately, she’s not as active, but Karyn Parsons is still sitting pretty with an estimated $1.5 million.

Estimated Net Worth: $7 million. Similar to Hilary, Carlton was also wildly different from his co-star Will Smith, but it worked in the show’s favor.  An argyle-sporting, money-seeking, “Carlton Dance” character, he often found himself at odds with his womanizer cousin which made for lots of funny situations. Staying with the show throughout its run, like most of the cast, Alfonso Ribeiro has kept busy since Fresh Prince ended working as both an actor, a host, and of course, a contestant on Dancing With the Stars where he put his signature Carlton moves to good use. Keeping himself busy has paid off to the tune of an estimated $7 million.

Estimated Net Worth: $260 million. The Fresh Prince of Bel-Air may not have had the wealth of his family on the show, coming from humble means to live with his rich aunt, uncle, and cousins. But nowadays, in real life, it’s the Fresh Prince who’s living large. There’s no doubt that Will Smith is the biggest star of the bunch. It helps he’s one of the biggest stars in Hollywood, so you may not be surprised that he tops the list of wealthiest former Fresh Prince cast member. You won’t be surprised to find out that with all of his movies and fame, he’s worth an estimated $260 million. Fresh Prince, indeed! 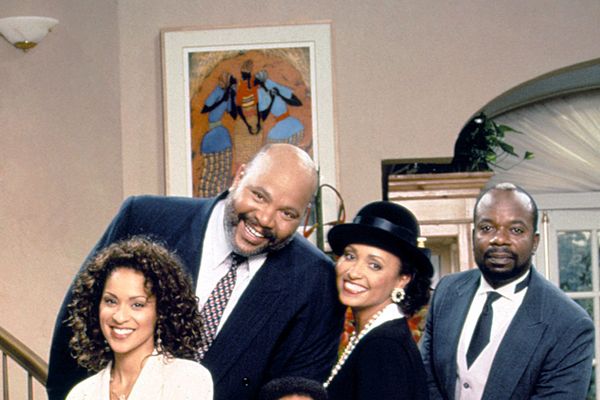