General Hospital Weigh In: Does Willow Belong With Michael Or Chase?

General Hospital’s (GH) Willow feels mighty conflicted as of late. It’s got to be hard to choose between two fine-looking men, both with great personalities, heart, and successful careers. Generally, when it comes to soap opera love triangle storylines there is one “good” love option and one “manipulative” one for a hero or heroine to choose from. In Willow’s case, with two “heroes” that have stolen her heart, it might be hard for even fans to choose.

She was initially in love with Chase, and friends with Michael. But when it was clear Michael’s custody case for Wiley could be won with ease against Nelle if he were married, the idea of Willow being his wife seemed logical at the time. When Willow didn’t want to sacrifice her relationship with Chase, Sasha and Harrison made that decision for her and faked an affair.

Willow broke up with Chase and Michael broke up with Sasha. They decided to get married, but never thought they’d catch feelings for each other. But, in the land of daytime drama, anything is possible, so of course they did!

Yes, Chase lied and schemed against Willow, but for the greater good. After all, no one wanted to see little Wiley end up with his mentally unstable bio mom. He was much better off with Michael as his sole caretaker.

Chillow had something really special before Willow married Michael. They had chemistry, looked good together, and the cop treated her like gold. He’s a good guy. Plus, that smile could melt anyone’s heart.

With that said, while friends at first, Willow and Michael seemingly have always had some sparks between them. Michael isn’t hard to look at either. He also values family above all else and has a sweet and caring nature. He’s a great dad, which makes him that much more attractive. He’s just an all-around good guy, too.

This is where things get sticky. Who is Willow better matched up with? She’s had some incredible moments with both men, and while her “romance” with Michael was short and sweet, her time with him created an impact she couldn’t simply leave behind. Why else would she feel so torn about leaving him? If their “paper” marriage had zero feelings, then she wouldn’t seem so conflicted about simply signing the papers and moving on.

The truth is, there is no wrong decision for Willow to make. She has two amazing men to choose from and is sure to be happy with either one she ultimately chooses. While she’s with Chase now, things could always change. There’s still a major dilemma going on when it comes to her feelings. She could flip-flop back to Corinthos in an instant.

Team Chillow or Team Millow? Who does Willow belong with — Chase or Michael? 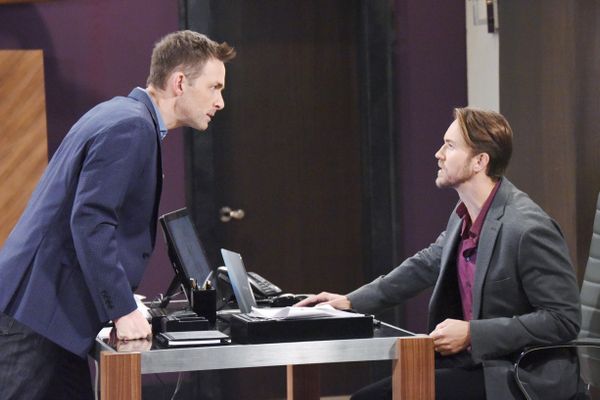